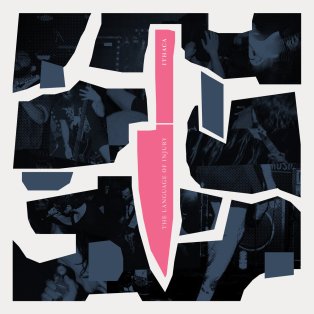 Will wonders never cease?  Nine Circles is back with another edition of our Album of the Month series, and this month we’re close to full capacity as most of the team jumped on to extol the many, many virtues of UK hardcore band Ithaca and their whopper of a debut album The Language of Injury.

It’s a long and winding episode as Chris, Dan, Hera, Vincent, and New Guy™ Charles join Jon for his pick as he discusses how the band brought him back to his younger days of Solid State infatuation.  Chris and Charles are all in on how the album blossoms at the midway point, Hera celebrates her birthday AND relates to the anger and political rage that permeates the album, Dan acknowledges the band’s many strengths in a year where he maybe only listened to seven metal records so far, and in between technical difficulties Vincent revels in the band’s ability to bring so much to the table, and everyone marvels at the vocal prowess of Djamila Azzouz, even as we quite possibly butcher her name (apologies if we did!).

All that and we’ve got Fearless Editor in Chief Josh for a quick call at episode’s end, because that’s how much everyone wanted to talk about The Language of Injury.  The rest of 2019 has its work cut out for it based on Ithaca, so fingers crossed we’re able to come back in a month’s time with the next edition!

So jump on in and enjoy the shenanigans. Better yet, head on over to Bandcamp and show your support to Ithaca – they’re doing vital and important work in the metal word…and it also happens to righteously kick ass.

In the meantime, keep it heavy and we’ll see you next month!

The Language of Injury is available now from Holy Roar Records.  For more information on Ithaca check out their Facebook page.

4 thoughts on “The Nine Circles Audio Thing: Ithaca was February 2019’s Album of the Month!”