Power metal elicits passion like no other fanbase in metal.  As a genre it’s stuck to its guns of pomp and bombast, technical wizardry and anthemic hooks and carved a truly unique niche that continues to surprise to this day.  And for 20 years over the course of nine albums Falconer have been staunch advocates for forward-thinking, aggressive and righteous metal that never catered to a fad.  New album From A Dying Ember may be the closing chapter of the band, but as you’ll see from our interview with Stefan Weinerhall the future is always filled with possibilities.

Our champion of the mic Buke sat down with the visionary behind the band to talk about the steps that led to the closing of the Falconer book and the work that went into making From A Dying Ember the quintessential Falconer album.  There’s a lot to cover in a 20 year career, including songwriting, collaborators, fans and a band’s legacy.  But this is Nine Circles, so you know Buke manages to pull a lot more out.  Synthwave?  You bet!

This is a great conversation, so enough chit-chat…let’s dive in: 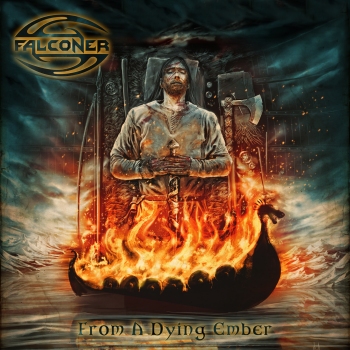 Many thanks to Stefan for his time!

From a Dying Ember is available now on Metal Blade Records. For more information on Falconer, visit their official website and Facebook page.