It’s suddenly Wednesday again, time for another edition of Stage Dive. Remember the rules, this is your chance to weigh in on stuff we’ve been discussing and the questions we pose are very much open for interpretation. So let’s roll into it.

I don’t know about you, but I’ve listened to a lot of shit over the years. Some by choice, some not so much. So in honor of that revelation (more like acknowledgement), this weeks Stage Dive will be based around bad music. But frankly, there is too much bad music out there to simply pick the worst of the worst. So let’s narrow the scope a little bit:

WHAT IS YOUR FAVORITE BAD ALBUM BY A GOOD ARTIST?

So I had a lot of fun coming up with this one, although my interpretation of the question changed frequently. At first I thought along the lines of “favorite guilty pleasure” and the like of ANY post Clayman In Flames record crossed my mind. Then I thought… “worst album by I band I truly love” (see: Dimmu Borgir’s In Sorte Diaboli). But no, also not fun enough. Finally, I just decided to stretch the definition of good artist to “good artist at one point or another.” The result: Metallica. Now for the hard part… which bad album is my favorite? Naturally, St. Anger is the worst. Probably by a distance. But I don’t even enjoy shitting on that album anymore. It’s just badly bad. Not amusingly bad. My favorite bad album has to be something I enjoy ridiculing for all its awfulness. My truly favorite bad album by a good artist has to be Lulu. 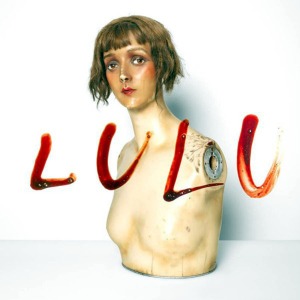 For those that are unaware (and I am jealous of that particular group), this was a collaboration between Lou Reed and Metallica that came out October 31, 2011. It is predominantly based around Reed’s spoken vocals over Metallica’s music. Which is where it all goes to shit. That being immediately and for the entirety of the album. On the surface, the spoken lyrics just don’t work with the music (but to be fair, little would work). And once James Hetfield’s voice kicks in… it’s no longer really listenable. But mostly, the music is just. So. Bad. Lars sounds out of time through the whole album. The guitars are awkward and boring (yes, both – even being awkward doesn’t make them interesting). Nothing gels. At all.

I understand that Metallica and Reed were attempting to cross into something new. I really get that, and I can’t complete disrespect it…but it’s just done so clumsily. But I’m not alone. And honestly that’s part of why this is my favorite bad album. Some of the reviews out there for this thing are absolute gold. There’s just so much to shit on. From start to finish. It’s so bad it’s laughable. You press play and immediately start cracking up because you kinda get an understanding of what they’re trying to do… and they just couldn’t be further from that mark. You want to pat them on the head and say, “It’s okay,  you’ll get ’em next time” (knowing full well they won’t – ya know, the same way a mother says ‘you played great’, even after her kid struck out 5 times in a little league game), and then watch them walk away with their head’s down. It’s almost adorably bad. Ended up being a no-brainer for me.

Thanks for that lead-in, Corey–Lulu’s going to be a tough act to follow. I, too, went with the “good artist at one point or another” interpretation, and with the album I ended up deciding on, I couldn’t really have gone any other way. Here’s a band that I respect, but have never really loved. A band that did quite a lot for death metal in its early days, and then–in one fell swoop–pissed it all away. I’m talking, of course, about Morbid Angel, and their 2011 disaster, Illud Divinum Insanus. 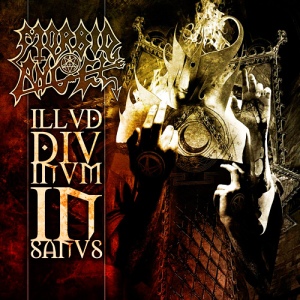 Why exactly was this album so bad? Let’s give you some context. Illud Divinum Insanus (henceforth referred to simply as anus) marked the studio return of longtime bassist/vocalist David Vincent. Vincent had left Morbid Angel in 1996 to join his wife’s industrial band, Genitorturers, but rejoined on a live basis in 2004. So seven years elapsed between Vincent’s return and the band’s next studio effort–enough time, you’d think, for him to have expelled any industrial tendencies and gotten back into more of a traditional Morbid Angel mindset.

Except no, it wasn’t enough. At all. The slower tempos and FAP-FAP-FAP beats start making the album a torturous listen before even 10 minutes have elapsed. And I’m pretty sure those hideous squawks in “Too Extreme!” will be haunting my nightmares for the rest of my life. Whether through that song, “I Am Morbid,” or “Radikult,” this thing just reeks of stupidity and bad decision-making. Like, how does Trey Azagthoth live with himself, knowing that he, at the very least, signed off on this thing? If you want good death metal from one of the legends of the genre, you’ve got the wrong album here, folks. However, if you want an album featuring a guitarist calling himself “Destructhor” that’s so horrendous it inspired its own parody Tumblr site, then Illud Divinum Insanus is for you.

What do you think? Post your choices in the comments section and let us know!