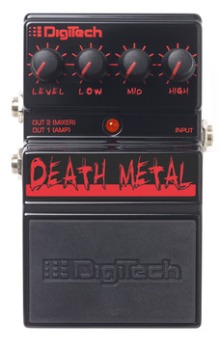 I’ve got a lot to be thankful for in my personal life. At home, at work and right here at Nine Circles. I’ve had opportunities that otherwise I would still be dreaming of and met several people that I now hold as dear friends. But what am I most thankful for in metal? In two words, death metal. The genre has had an extremely good year from forward thinkers, the old guard and revivalists alike. They’ve all put their spin on it and left it better than they found it.

Nile – What Should Not Be Unearthed

We’ll start with the old guard and everyone’s favorite Egyptologists, Nile. They returned this year with their eighth full length. The band had previously gotten away from their roots and relied more on technicality which made repeat listens sting a bit. With this release they got back to having fun and found their groove again (think In Their Darkened Shrines). There are more head nodding moments here than in their previous three records combined. Good to have them back.

Under the Church – Rabid Armageddon

With this debut, these Swedes have written the book on how to correctly pay homage to the origins of Swedeath while sounding fresh and brand new. From the buzz saw HM2 guitar tone to the punk and hardcore influence, they simply nail it. It helps that two of the band’s members were in the seminal Nirvana 2002 but with one listen to “Walpurgis Night” the heavy-handed hooks are set deep.

Ævangelist – Enthrall to the Void of Bliss

Manny-O-War said it best in his review, ‘eventual appreciation’ and that’s exactly how this album unfolds. It’s a difficult and dissonant listen the first go around with experimentation and sounds that seem to come out of nowhere — all told it doesn’t seem like it should work. But with several spins it opens up, with several more it becomes something you can’t live without. Extremely heavy but not in the sense of death metal in general, it’s the dark atmosphere that lays like a lead blanket on your chest yet goes down like a fine bourbon.

It’s amazing to see where this band has come from and then hear the knockout that is Anareta. They have done something with their third full length that is going to be near impossible to top this year. They’ve taken a brutish and at times same sounding genre and turned it into something that even non believers can get into. The chord progressions and sweeping solos are pure finesse. Same goes with the bass work (and yes, you can actually hear it on this album). The multiple layers make a lasting impression that begs for repeat listens.

So, there you have it — four examples of why I’m thankful for death metal this year. Seriously, spend time with these and let them sink in. Some will hit you quick and others will take some time to bloom but the inevitable payoff will be better than ever thought possible. Enjoy your turkey, hug your loved ones, call someone you haven’t talked to in ages and listen to death metal. Happy Thanksgiving and thank you all for reading.

One thought on “Things I’m Thankful For…”