For those that know me, you probably understand that I have my share of hobbies and interests. But really there are two aspects of my existence that make waking up each morning mildly tolerable. The first of these is metal. That should be obvious, hence why we are all here right now. But the second one is hiking, referring specifically to my wanders in the New Hampshire White Mountains… something I’ve been doing much of that over the past few weeks. So for the sake of projecting another part of my life unto you, while simultaneously staying on the topic of metal, I have chosen to include some my favorite albums that come with me on these excursions for this week’s Nine Circle ov… segment.

Before I dive into the music, I want to provide a little bit of background. When I refer to ‘hiking’, I don’t mean casual walks in the woods for a couple hours on weekends. What I’m referring to are full day (or better, multi-day) expeditions that log upwards of 15-20 trail miles per day across multiple peaks. These are sometimes done alone, and sometimes with a companion. The reason this context is important is because these adventures tend pull your mind in a number of different directions over the course of the day. You’d be surprised where the mind wanders with no external influences beyond the natural environment around you. From despair to elation, it’s hard not to deal with it all in a single trip. Which can be both therapeutic and challenging at the same time. But that’s the point. Anyway, all this leads to a rather diverse soundtrack over the course of a day. I probably cover more ground stylistically in one day of hiking than I do in one month of “going through the motions.” But all rambling aside, here is a glimpse of some of some of my recent favorite albums that I associate with these trips.

Really, any Panopticon album could make this list. The blending of bluegrass and black metal is one of a kind and Austin Lunn’s ability to project his personal passions outward is unprecedented. I choose this particular album because the environment depicted within its words and images are most familiar to me, and, well, The North is the frequented destination. 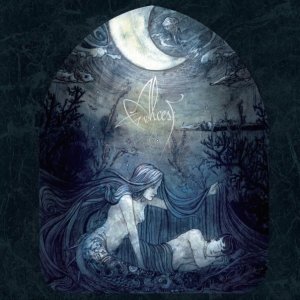 Alcest isn’t a band I revisit regularly, and I don’t consider their most recent work among their best. But despite all that, there is something inherently peaceful about the passages in their sophomore full length album. It still maintains a darker energy on a consistent enough basis, but the equally as present uplifting nature is absolutely mesmerizing.

Not only one of my most frequented albums in these settings, RIITIIR is one of my favorite albums of all time. From the opening eruption of “Thoughts Like Hammers”, this album is just an absolute beast of a listen. Each track maintains it’s own unique atmosphere and energy with just enough of a melodic element to stay firmly rooted in your consciousness. 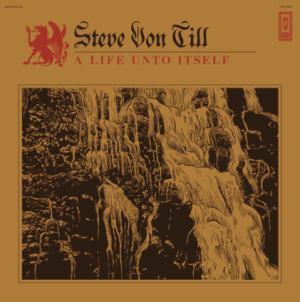 There are times on a long hike when you are alone where everything seems to start moving in slow motion, manifesting a rather jarring form of introspection. This where an album like this comes into play. The way Von Till’s voice and his sparse acoustic guitar work together with the depth of his lyrical content make this a quintessential album in any natural setting.

Wolves is a band I discuss regularly, and this album is primarily the reason why. Their particular form of black metal is incredibly dark and unquestionably organic, making it a personal listen. It is extremely hard not to get lost in their sound. Certainly on the depressing end of the spectrum, Celestial Lineage is still Wolve’s best work to date, as far as I’m concerned.

Easily one of my favorite discoveries of the past decade, the Icelandic black/post metallers seem to get better with each release. Yet, I don’t think anything they do will match the impact that Svartir Sandar had on me when I first heard it. Through a diverse range of sound that is almost overly simple at times and daringly complex at others, Sólstafir’s creativity is on full display.

Primordial — Where Greater Men Have Fallen (2014)

I mentioned the range of emotions one can deal with when isolated on a mountain ridge or deep in the heart of the forest. One of those is frustration brought on by exhaustion and exposure to the elements. No other piece of music will motivate you in such a situation than the opening title-track here. That said, the rest of the album holds enough weight to further the burden of the surrounding environment. Which is a good thing, of course. Because self-loathing.

The Celtic heritage on display throughout Saor’s Aura become very personal as you work through the album. This is probably the most cohesive work of atmospheric folk metal I’ve heard in the past few years. Aura locks you in quickly with the opening “Children of the Mist” and keeps you in awe through the final phrases of “Pillars of the Earth”. It will make you feel like you’re in a serene environment even when you are far from it thanks to diverse instrumental work and far-reaching, fulfilling production.

The Mantle is, without question, the most important album in my collection. The neo-folk elements are blended with black metal so perfectly, it is an album that continues to stand the test of time. I understand that I could have selected virtually every Agalloch album to feature in this list given the inspiration for their music and how it aligns with the natural environment. But when you consider all the sounds and emotions from The Mantle, no other album encapsulates the experience of wandering the woods in isolation than this. I listen to this album at least a few times per month and I am still pulling something new from it each time.

Through vast valleys I wonder
To the highest peaks
On pathways through a wild forgotten landscape
In search of God, in spite of man
’til the lost forsaken endless. . .
This is where I choose to tread

And that should just about do it Obviously there are countless other albums and genres you can cover in a full day of solitude, but these are among my personal favorites. I encourage you all to give each album a listen — and lucky you I linked you a streaming service for each one —and pretend to be somewhere far more interesting than you probably are. Or at least somewhere more interesting than where I am.

One thought on “The Nine Circles ov… Corey’s Hiking Playlist”