It’s Friday! And I’d like to talk about Ghoul for a second. You see, Ghoul are releasing their fifth full-length, Dungeon Bastards, today. The vinyl edition of the album comes with a gatefold jacket that opens into a board game, which they described as follows in the August 2016 edition of Decibel:

“Essentially, it’s a board game in the style of Candyland or the traditional Creepsylvanian game, ‘Ivan Must Escape from the Pederast.’ It can truly be said that when playing this game no one gains anything and there are no winners. The only thing you will gain is a drinking problem, and you will certainly lose friends.”

Welp, sign me the fuck up. If you don’t love this band after reading that, you’re doing it wrong. That’s all there is to it. Anyway, there’s some other stuff out this week, too! Like A.M.S.G. and Ringworm! And also Descendents, even though, okay, they’re not metal. So let’s dig into it. Here’s what’s on tap this week: 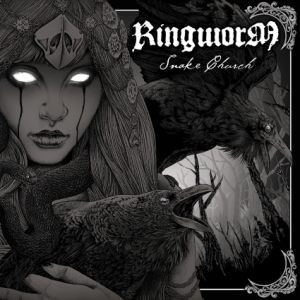