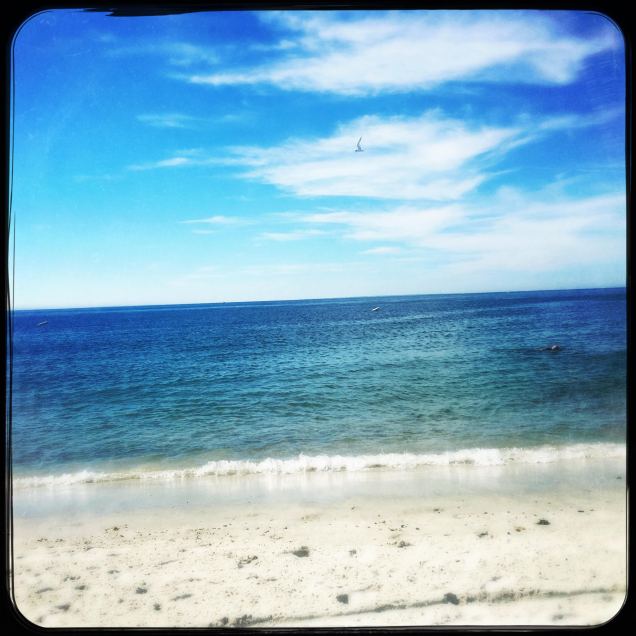 July was, again, loaded with one in the chamber. Actually, I hate guns. So scratch that metaphor. Here are some titles that were dropped in June: Grave Desecrator with Dust to Lust, what may be the best Fates Warning LP in their career, an EP from Monolithe, the beyond highly anticipated Inter Arma release, two releases on Gilead Media, both Mizmor and Anicon, Profound Lore ready to release the sophomore album from A.M.S.G. (which is flat-out brilliant), a new album from Ringworm, a greatest hits from Dragonforce, Dan Swano’s project Witherscape releasing a full-length, a new Fistula, an album from Make, two brilliant releases from I, Voidhanger including Summit and Goatcraft as well as a slew of stuff from Hell’s Headbangers, Signal Rex, Horror Pain Gore Death, Iron Bonehead and Nuclear War Now!

“On Nuke’s self titled debut the band takes a bit too long to establish their intent. However, once they do it is nothing short of glorious — thoughts of Maiden and Priest are at the forefront of the listening experience. What they do here is nothing new but it’s another in a long line of albums that do a great job of keeping that spirit alive. The only hope is that next time they expel the heavy bass drone that just kills the longevity of this debut.” – Josh Stewart

Summit – The Winds That Forestall Thy Return

“But – and I hate myself for doing this because it indirectly takes credit away from the musicians – that’s kind of what we’ve come to expect from I, Voidhanger Records. The label has a knack for uncovering artists and albums that are different in a different way, if that makes sense. And after all of my name dropping and nonsensical ramblings above, that’s really how one can describe Summit and The Winds That Forestall Thy Return: different in a different way. Thank god for that, right?” – Zachary Duvall

“As it turns out, Temple of Phobos has no particular allegiance to fashionability, but neither does it have the petulant compulsion towards unfashionability that is so often a sign of a band without a clear center. Vanhelgd keeps a quintessential death metal promise: to persist with riffs – to insist on riffs – in the face of the multitudes of riffless charlatans. One could do worse for a benediction, too: go out into the world and spread the riff. Amen.” – Dan Obstkrieg

“Anicon have created an album in Exegeses that certainly stands out. It does take time to digest, and at times may seem overly extensive because of the song lengths and the complexities contained in them. But overall, it offers something to the black metal genre that is truly worth checking out. A few listens in and this album is still continuing to grow on me. It has a recognizable surface layer, but there is a complicated darkness — a more ominous feel overall — than some comparable albums to drop this year. When all is said and done, we have another can’t-miss band come August in Olympia, Washington.” – Corey Butterworth

“In summation, it would be easy to get lost in the minutiae of Inter Arma’s compositions and the breadth of the material on offer here. As stated previously, this a big record with a lot to digest, but there is also a lot to love. Plenty of interesting melodies, savagely complex grooves, and nuanced instrumentals await those who take the time to immerse themselves in Inter Arma’s masterpiece of modern metal. A fundamentally great heavy record with a sense of scale unlike any I have heard in recent years. One of the best of 2016 thus far.” – Evan Thompson

“That music so often despondent and unflinchingly unsettled can still exist for the listener as nothing less than thrilling heavy metal should, at this point, be no surprise to those who’ve hewn closely to HoM’s singularly triumphant path through heavy metal over the last decade and a half. But the fact remains noteworthy in part because the tools that Hammers of Misfortune wield with such seeming ease are a witheringly rare commodity. And – and here’s where this loops back around – if that craft and subtlety are overlooked or underappreciated because of the myriad ways in which good, thoughtful writing is crushed under mountains of insipid jaw-flapping (yeah, yeah, yeah – pot, kettle, etc.), then we not only lose a fuller appreciation of the band’s music itself, but we also lose the opportunity to reflect on how we experience the art that moves us, the art that challenges us and asks us questions that we’re often not sure how to answer.” – Dan Obstkrieg

“For everything that Black Sun Unbound encompasses — the technical, the melodic, the aggressive — it comes across as a rather ambitious record. Yet, as a result of its dynamic structures and overall stylistic balance, Denouncement Pyre has absolutely hit their mark. The authenticity of the record is undeniable, as the underlying elements keep the overall energy and dark aggression intact despite the experimentation. Black Sun Unbound is a perfected balance of the traditional and the creative, and it comes together to form quite possibly the best collection of tracks so far this year.” – Corey Butterworth

“Subscribe to this chvrch of blasphemy. Open the doors to your mind and allow Angelfukk Witchhammer to burrow deep into your brain with his layered vocals and harsh critiques of regular society. Glare into the satanic malaise of the cover art (provided by Jef Whitehead) as inorganic chemicals slowly drip into your brain. Allow the cleverly inserted saxophones, Didgeridoo sounding synthesizers and gongs to baptize your sickening existence and draw you deeper into the pits of the hellish existence that is your own prison.” – Manny-O-War

And that just about wraps up July. There was another endless running of honorable mentions. If I had to throw a few out here I would implore you to check out stuff like All Your Sisters which is just killer dark wave.

So let’s turn to August which promises to be yet another fun month for metal releases. Twilight Fauna will release a triumphant LP on the same day Paul Ravenwood releases a Green Elder record. Blood Incantation will finally unleash their highly touted LP. Geniuses of the avant-garde, SubRosa, will release their doomiest release to date. Inquisition will release an extensive, thorough and loooooong LP with the longest title to date (Bloodshed Across The Empyrean Altar Beyond The Celestial Zenith). A live release from Myrkur will reveal a better format for her unique brand of black metal. Marsh Dweller will release a stunning LP. Some killer traditional death metal with Surgikill. Plenty of filth will come our way via Nunslaughter, Warpvomit, Nox, Unbegotten, Slaughtbath/Grave Desecrator, Temple Nightside as well as some occult with a new Bloody Hammers release.