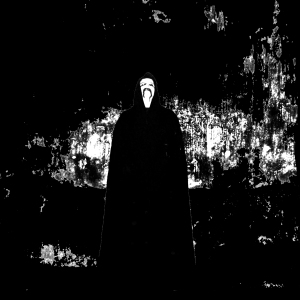 The time that has passed between the second wave of black metal’s earliest manifestations and the evolution of the black metal template leading to new forms has been genuinely exciting to behold. Once, black metal as a genre manifested itself closely by resembling styles that took in a smaller degree of other elements. It has now incorporated a variety of more disparate elements to create several iterations of the genre no longer closely aligned with second wave black metal. This has largely been a triumph for bands who wished to branch out and expand said template. Perhaps a disgust of playing the same iteration over and over and the collective docility of bands that aimed to continue to play true to the genre’s roots led to a free-falling of the genre as we knew it. Bands like Black Cilice stay true to the first forms of second wave if nothing else. But, there is more to the necro production that Black Cilice uses to its contemporary uniqueness on Nocturnal Mysticism.

Black Cilice relies heavily on the production values that once defined and maligned black metal in general. Seeing as how bands in the nineties played copycat to the original explosion of the  genre leads one to believe that the lifespan of such a trend in music generally ends no matter how said bands try to emulate the genre’s progenitors. Certain of this, I am largely dismissive that all bands who pay tribute to black metal’s roots are indicative of the stated death of the style. Black Cilice prove to me again how some bands get it and a lot of them don’t, particularly when a band seeks to play the style of its heritage.

This time the band has released an EP with two tracks that dispel the myth that black metal concerns only the sum of its parts. Whatever you’ve come to know about black metal, as it is today, will not matter in your experience with Black Cilice’s music. Dissonant like some bands from the fourth wave, and generally necro and frosty the way they’ve always been known to be, Black Cilice presents another confounding conundrum to chart black metal’s evolution. Music is ultimately the only barometer that measures a band’s continued legacy. Fans of bands like Burzum mourn the continued departure that Varg makes with his musical output, in spite of the fact that his fans largely consider him influential in the genre’s popularity. By now, we can safely state that his relevancy in today’s black metal climate dwells largely in past glory than a sustained quality that has inexorably left his large body of contemporary releases. Say the same about plenty of bands that now aim to extend their relevance in black metal in this day and age. Black Cilice is not one of them.

Nocturnal Mysticism is another appetizer for fans who want more of what may no longer represent the core features of the genre. However, to dismiss Black Cilice as tributary would be wrong. What Black Cilice does in a meager two songs surpasses full-length albums by bands that languor in gimmickry and ill-reputation. The necro sound is not the same no matter how similarly bands still utilize this element. Black Cilice doesn’t use it exclusively to the benefit of their music, nor does it attempt skulduggery by being a one-trick-pony of its use. They subtly evolve with each recording. No matter how fans miss the point of it all.

And so, Black Cilice may be shuffled into similar territory like most people tend to do in the unconscious tendency to trivialize this style, but the music on Nocturnal Mysticism will draw interest from fans who want more than what the second wave of black metal left them, and want more from modern black metal in all its forms. The truth is that most people won’t get it, and I’m not about to argue for the sake of mainstream acceptance of something that was never meant to attain widespread acceptance in the first place. These two tracks in Nocturnal Mysticism are two of the best to feature necro black metal, no matter if it’s in decline today. Drink from the cup, or turn water into wine. Some form of this music will always stay relevant, and I express my thanks that it will. Hail Black Cilice! Hail Nocturnal Mysticism!

Nocturnal Mysticism will be available December 16 on Iron Bonehead Productions. For more information on Black Cilice visit their Facebook page.