Remember how we all got together as a team (well, most of us) and shared some of our favorite albums from the prior few months that we either forgot to cover or didn’t feel like writing full reviews about? Well, now that we’ve passed the midway point in 2017, some of us are proud to bring you some overlooked highlights from the second quarter. Yes, I am aware we are over a month into Q3, but I really don’t know what to tell ya. We’ve been lazy. So, without further delay, let’s jump right into it. Album we missed in Q2 2017. Here. We. Go.

I missed the debut full length by Ohio black metal trio Burial Oath when it was independently released back in April, and then again when it was picked up and re-released by Vendetta Records in June.  That’s a shame I’ll have to live with, because Beyond the Vale of Shadowlands nails that modern atmospheric black metal vibe perfectly for me.  Each song is a compact, razor-shape hybrid of melody and brutality, focusing on a mournful tone that is accentuated by the melodies and production.  Which isn’t to say Burial Oath can’t get fierce – check out “sol av svart” for some pummeling fury and the way the vocals menace on the late Darkthrone inspired “deathymn” – it’s all good, brother.

Worshipping at the feet of Mötörhead?  Check.  Gnarly fast d-beat crusty punk that blasts at the speed of light?  Check again.  Wolfbrigade are so damn good at leaving you broken and bleeding on the floor with a shit eating grin on your face, your shattered arm desperately trying to raise your fist one more time.  Run With the Hunted is the very definition of “relentless” with songs like “Warsaw Speedwolf” and “Lucid Monomania” whipping by with a sound that feels like it belongs in a dirty garage as much as it does roaring down a highway at 150 mph.  If you missed this when it came out at the end of April, you’re now left with no excuse.  Prepare for some neck pain… 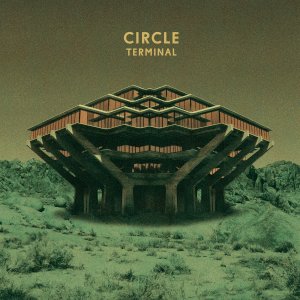 All hail Finland.  It isn’t enough that beautiful country Michael Palin so wistfully sang about blessed us with our own Zyklonius, now it has gifted us the stellar Terminal, the new album by Circle which plays with so many genres yet never gets confused as to its identity as a kick ass rock band.  Most albums save their epic track for the closer – this one puts it right up front.  “Rakkauta Al Dente” roils and rolls all over the floor, bass lines snaking between notes as the polyphony becomes more and more discordant before dissolving in a happy spray of psychedelia and sweet, sweet guitar sounds.  There are left turns to early 70s Zappa, riffs lifted straight off the back of the Stooges (I’m looking at you, “Terminal”) and yet somehow it all works to create this devilish concoction that begs to be played again and again.  I have no idea what they’re saying, but I can’t get enough. 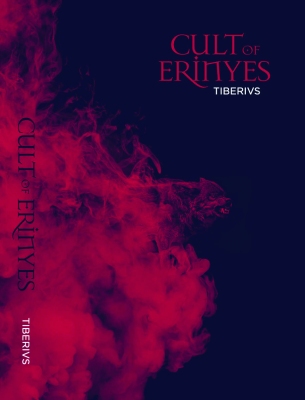 The last few months have been a bit slower for me in terms of discovering new music. Well, either that or I’ve just been listening to more highly anticipated stuff that I’ll deal with on a later date. But there was one album that stood out to me that I absolutely needed to include in this post. And that would be the masterful display of ritualistic black metal brought to us by Cult of Erinyes titled Tiberivs. The third full length from the Belgians is most likely their most impressive work to date. For the purists out there, this is raw, unfiltered black metal that resonates within every fiber of your being. But for those that prefer a bit more creativity in their black metal, you’ll quickly be entranced by the chaos of the lows and the subtly piercing guitar solos and ambient passages. The more I listen to this thing, the more I discover in it. Its a black metal gem that is sure to be praised by anyone that appreciates anything about the genre. 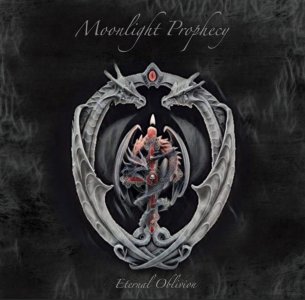 I’d bet a sheer majority of metalheads originally fell in love with the genre at a tender young age after hearing for the first time the combination of virtuosity, speed, catchy melodic riffs and irresistible songwriting, and becoming enraptured by the resulting unfathomable sense of awe and excitement. Shred-master extraordinaire Lawrence Wallace displays striking prowess and musicianship on Eternal Oblivion, showing how technical skill and creativity are translated into actual thrilling songs, rather than pointless noodling. The two instrumental glory rides bookending the mini-EP show that you don’t need vocals or lyrics when your music provides the narrative, with Wallace’s guitar spewing tracer rounds, lighting the night sky with shock and awe, recapturing that exact moment when the full glory and impact of metal hit you for the first time and your world was never again the same.

It is one thing to openly admit your post-metal band embraces the influence Neurosis and Isis, but it requires certain guts to take the next step past hackneyed reinterpretations and bland imitation. Postvorta takes that leap with resounding success on their latest album Carmentis. The influence of latter day Isis is evident on “Colostro” which opens with dreamy atmospherics, ethereal guitars and a bass tone recalling Wavering Radiant. A melancholic tide of distortion follows, lulling the listener into to a false sense of familiarity, before the song picks up pace during the final three minutes, a harbinger of the cataclysmic pummeling and lashing to arrive on “Cervice”, which delivers (starting at the 2:00 mark) one of the heaviest sequence of cascading destruction in recent memory, leveling our material place of existence with gargantuan force. A brief respite follows, surrounded by the graceful, lonely echo of guitars and effects to commemorate the loss, before another torrent of piledrivers arrives to sweep the ruins  clean of any survivors who might still remain standing. The ribcage-crushing pressure continues on “Patau”, until transitioning into a passage of solace cushioned with weeping guitars, after which everything comes crashing down, with towering drumming that could bring down the sky. To complete the devastation, guest vocalist Mers Sumida (Black Table) drops by to bring the pain with her bloodcurdling wail. When the pulverizing voyage concludes, catharsis is guaranteed. 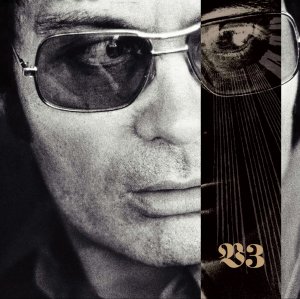 In a peculiar way of association, Viscera///’s …Desperate Rituals reminds me of a
psychedelically-inclined cousin of Nux Vomica’s self-titled epic tour de force. It is complex yet highly enjoyable and captivating without feeling navel-gazing or theoretical. The roiling blast furnace of blackened sludge, crust and post-metal often shifts gears and gives room for swirling ambiance and wistfulness, without feeling contrived or detached. Despite the length of songs and the myriad atmospheric contemplative passages therein, they are imbued with a vital urgency and an almost chaotic energy. You will often find yourself wondering whether it is the band in full control of the music or vice versa. Either way, it all sounds as if possessed by something that works in enigmatic ways with a grand plan and mission objective, with exciting ideas bursting at
the seams. Per the conceptual and lyrical theme of the album, living might be suffering, but thanks to such mesmerizing and earnest works of art, life might sometimes feel riveting and intoxicating.

Sometimes an album and/or band comes along, unsuspectingly, and blows any preconceived notion one might have going in. For me this band and album is Laser Flames on the Great Big News‘ self-titled effort and man was I off base completely with my preconception. In this case that’s a good…no, it’s a GREAT thing. Southern tinged rock, progressive rock and oft-times extreme metal collide in an eruption of fireworks brighter than the fourth of July. This band is extremely talented and the old adage “the shy’s the limit” applies here in spades. I was looking for something different and off the beaten path, this effort is exactly that so take a chance on it, you’ll be glad you did.

I always get excited when there’s an announcement regarding a new Oxbow record. As much as this band has been poorly pigeonholed by tags that don’t apply over the years, here they continue to defy categorization. And honestly, among many other things, this is an attribute that I love about them. Thin Black Duke is quieter and more restrained than they’ve been in the past but they show the maturity of a 30 year career in meticulous songwriting and layers upon layers that only blossom to the ears on repeated listens. Restrained yes, primal as ever also yes. “Letter of Note” is quite possibly my favorite thing the band has ever done, softly spoken yet wildy visceral. Oxbow continues to age like a fine wine and keep us intrigued with each release, what more can you ask for?

Very early on in this quarter I wrapped my ears around Hellripper‘s debut full length, Coagulating Darkness, and nearly four months later it is still in constant rotation. Speed metal (“Bastard of Hades”), black metal (“Black Invocation”) and a brawny punk attitude (“Within the Everlasting Hellfire”) all spell the most fun I’ve had inside of 30 minutes in quite some time. Couple that with mastermind James McBain being the sole member responsible for everything and it is even more jaw dropping. Only time will tell if this album makes my year end list but if the past four months of constant entertainment is any indication then I’d say chances are extremely high you’ll be seeing this one again.