This past Friday saw the release of Ondt Blod‘s second full length Natur via Fysisk Format. And having been nominated for “newcomer of the year” for debut Finnmark they must be doing something right in the eyes of their countrymen. This second full length expands on the pop infused melodies and razor edged hardcore of their debut but more than that, it shows a higher level of maturity in the songwriting department which should garner the band even more praise this time around. Check out Chris’s review for the full story. Just behind the album’s release we had the opportunity to ask guitarist John Nilsen our set of Profile questions so head inside to see what he had to say and head over to the links contained to show some support. 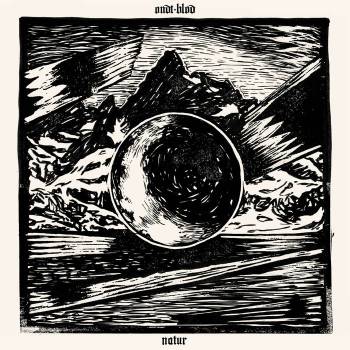 I got into playing music by playing piano. I started when I was four and when the teen years hit me it was all about punk rock with an attitude as such and guitar playing. When it comes to success I believe it’s a growing curve and one can never be at the end of anything really. But to rephrase my answer, I never believed we would reach the success we have so far, with more and more people getting hooked on our music and more and more people coming too our shows.

Fortunately we have been super duper lucky with Ondt Blod and have not debased ourselves, sold ourselves or otherwise embarrassed ourselves in any way that we can not defend. Sorry about it. The most embarrassing thing was when I forgot to deliver the tech rider to our former booking agent and we stood there at the show with no equipment in the middle of a tour. Fortunately we scrapped something together and got to play the show. Not that embarrassing when you look at it now I know.

I see more and more bands transcending the genre borders and that’s great, really! Especially in the Norwegian scene there is fewer and fewer genre purists left. For me personally I have not been a fan of saying that something is not enough of this genre or that genre. We have gotten that comment from within some genres about our band, but it does not mean that you should listen. You cannot reinvent rock these days as a pure genre and progressing past genre borders is the right way to move.

Well, we are a band from northern Norway. A place/society that is its own country in some form or ways. The last record was based a lot on the struggles that particular society had with the huge increase in unemployment and also a refugee crisis involving Syrian refugees sent from Russia to our childhood county whom again did not have any place for them to stay. On this record the issue is more of an existential one. With our vocalist, Aslak, being of Sami heritage and his place in the world also being a pretty rugged environmental activist.

Interesting story about Aslak. He protested against an oil company in the west of Norway by passive protesting and got arrested. This was only a couple of days before a show and he got out of jail the same day or the day before we were leaving for the show.

When we first started playing we actually did not want to implement any political views or issues just because it was the typical HC-thing to do. But today we feel that we were limiting ourselves by not implementing it.

What, or who, got you into heavy music and how old were you? How did your family take the news?

My dad to some extent. He used to play Sabbath and Zeppelin records in the car when we were going on fishing trips. When I wanted to play guitar and especially “heavy” guitar my family was positive except for my grandma. She said that it would lead to nothing good and was a waste of time. It’s pretty funny actually because she took on the typical role of a “square”-person in an 80s movie who softens up throughout the flick.

Ehh.. Try to write objective? Music is just as subjective as art in general including all the other art forms. So to give any good advice is just the same thing as saying “play better music” if you know what I mean. But trying to answer the question I believe the best advice is as aforementioned. Try to ask yourself why did I not like this particular track or this particular album and trying to give a justifiable answer to it, if that is the case. When it comes to praise the praise should be thereafter also.

The main goal is world domination for sure. Saving a continent and stuff like Pearl Jam and U2 are already doing that so we should do something else. A cult eh? Maybe! You never know! Though I feel you should reach a certain fame level first, so we are working ourselves there small baby steps at a time. In the “Real World” we are pretty straight, boring people so no fun there. Law school, working as teachers, being political advisors are some of our day-to-day activities.

When you’re not obsessing over your own material, what are some of your favorite albums to listen to currently?

My favorite records currently are:

A bit of everything there.

Awesome is the word.

Many thanks to John and Ondt Blod for their time!