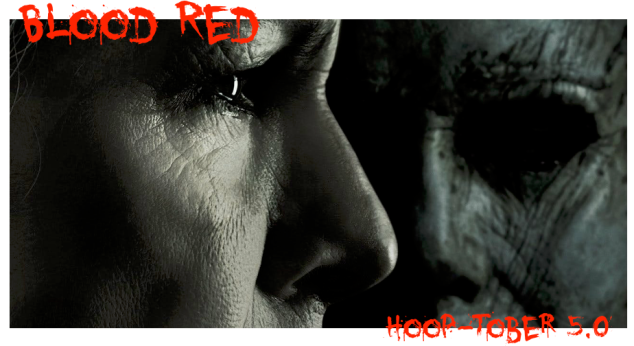 The year inexorably turns to its final quarter, where the green gives way to the fires of yellow and red and we all find the beauty in the gradual death that signifies Autumn.  As as we plan to do every Autumn, Blood Red returns for the next six weeks to celebrate the wickedly varied and vibrant genre that is horror.

For the fifth straight year I’m participating in the Hoop-Tober horror marathon over on Letterboxd.com.  Founded by Cinemonster, each year the challenge is to watch and review 31 horror films between September 15th and Halloween.  But like every year there’s a devious catch: there are specific rules and restrictions that must be met in order to successfully complete the marathon.  The rules are meant to help broaden the scope of what you’d typically watch and show that the world of horror is as infinite as the ways Cannibal Corpse can come up with to kill someone.

You can see my complete list here, and if you’re a fan of horror I encourage you to join in the bloody fun.  The rules for this year are listed below, along with screenshots of my target films for the marathon.  So sign up for a free Letterboxd account, link your list in the comments of Cinemonster’s kickoff post and officially be a part of the madness that just makes me appreciate horror as a genre more and more.

My tentative list, which hits all the rules above: 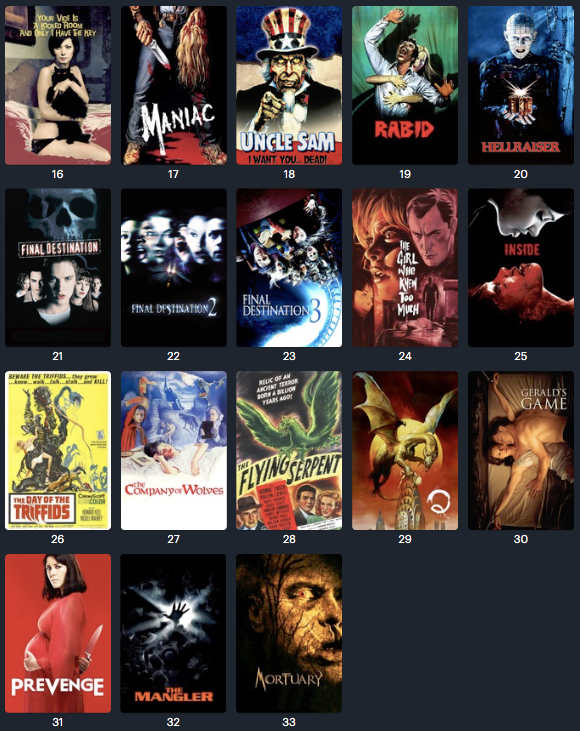 Like last year, check back every Sunday for recaps, thoughts, and more as we dive into some classics, pulpy b-grade fun, and more than likely a few clunkers.  And again like last year, if there’s anything you’d like to see covered, let me know: as long as I can adhere to the rules, the films themselves are flexible.