We’re keeping the midnight meat train rolling, and staying consistent with how this ran last year.  Week Two of the annual Hoop-Tober horror marathon was a significant rise in quality, with four of the five films I watched being genuine delights, and only one clunker to be had.  I’m lamenting it took me so long to get to John Carpenter’s fantastic adaptation of Christine, immediately putting it up with my favorites of his work.  Lake Mungo is a sad and truly eerie example of found footage done right, being a documentary of a young girl’s drowning and subsequent appearances in photos and videos.  Neil Jordan should be getting a lot more love for what he brought to the werewolf genre with the lush and lurid The Company of Wolves, embedding all sorts of subtext about budding womanhood years before the (also excellent) Ginger Snaps.  I stand with Dan and most assuredly did NOT fall under the spell of the retro Summer of ’84, excellent music aside, but was quickly picked back up and fell 100% under the traumatic spell that was Hereditary.

And with the coming of October, it’s time to get even more serious with this marathon, so enough talk: review excerpts and links are below.

In between all the righteous love for early classics like Halloween, The Fog, and The Thing John Carpenter’s Christine gets a little lost in the shuffle of what is or isn’t his greatest work. Which is a damn shame because not only is Christine a terrific Stephen King adaptation…it’s also just a tight, scary little film, digging into the cruelty of bullying its ramifications and making a gorgeous car a symbol of pure evil (full review here).

I’m always happy to find smaller films that manage to use it effectively. Lake Mungo is a creepy, sad film that uses the documentary genre to paint a portrait of supernatural grief…what Lake Mungo does really well is twist and turn the expected scares later into unexpected ones…as the family grapples with their grief there are small signals trapped in photographs and videos that maybe Alice isn’t quite dead…(full review here)

As a child I was completely mesmerized with the image of a wolf coming out of a person’s mouth adorning the VHS cover of Neil Jordan’s The Company of Wolves. Adapting a series of fairy tales by Angela Carter Jordan creates a beautifully lush world that maintains a dream-like vibe with some terrific practical effects to draw an allegory of childhood innocence and temptation.

With a lot of werewolves, of course. (full review here) 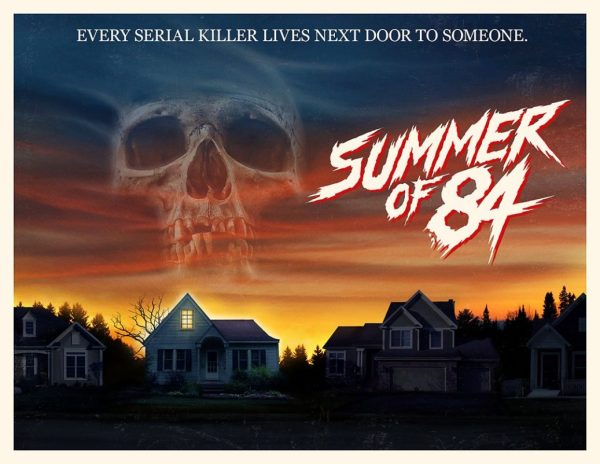 It’s not all bad. Like I said, if you’re a fan of synthwave and retro electronic music the soundtrack by Le Matos is excellent. The duo are also responsible for the soundtrack to the 80s retro action adventure Turbo Kid, and they are fantastic at layering sounds to create specific themes and overall moods that support the action (or lack of it) taking place in the film. Likewise, despite being painfully obvious how the majority of the film is going to work out, the movie takes a very sudden double take in the final 10 minutes and becomes something much more ominous and threatening, and at that point Summer of ’84 becomes a completely different film. (full review here)

Hereditary is one of those horror debuts so audacious and striking you forgive it its small flaws, taking instead the sheer amount of discomfort and terror writer/director Ari Aster manages to wring out of his story of grief and loss and dark disturbances…when this thing spirals, it SPIRALS, and goes to some truly depraved places before hitting an ending that man seem to take issue with. It’s a lot to take in, admittedly, but I applauded Aster’s “in for a penny, in for 1,000 pounds” approach of madness and delighted in it. (full review here)

Week Three goes deep into the past as I try to hit the “Anniversary” requirement in place this year.  So in addition to some classic under seen Romero, we’ll get the original of a film I reviewed last week, some Hammer Dracula action, a classic Japanese ghost story, and one of the biggest, gross out hits from 2016, courtesy of France, of course.

Hope you save your appetite.  Until then, keep it Blood Red.