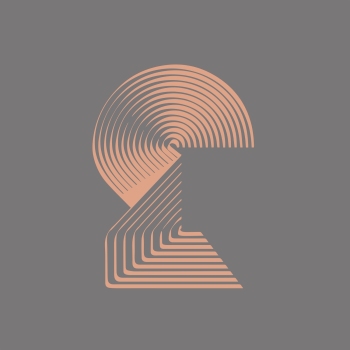 I can’t recall how I stumbled across the first single from Spotted Horse by Glassing, maybe a friend’s recommendation or a random Bandcamp find, but I do know that “Lobe” grabbed me instantly. Raw emotional anger is my catnip, one of the few things that laser focuses my attention, and that 1:47 packed a whole lot. Yet despite the in-your-face post-hardcore nature of the track, the album holds a secret: it’s actually a wonderfully complex post-rock album.

From the opening moments of Spotted Horse, you can tell that it’s not just another post-rock/post-hardcore album. It has a mood that is set and reset frequently with noisy soundscapes and blackgaze elements. The drumming drives much of the album, with supportive bass that often plays its own layered riffs underneath everything. The guitar does more with less, leaning on strong rhythms instead of complex phrasing, and allowing well-used pitch effects to lend immediacy to the lines. Vocals range from expected hardcore, to deeply blended shoegaze, to roars hidden so deep in the mix it’s possible I imagined them.

At times verging into minimalism, this album manages to use feedback and guitar noise in a way that is captivating instead of abrasive. If you’ve followed me for a while, you’ll know that I rarely have positive things to say about feedback and excessive guitar noise in music, and yet on this album, it feeds my soul in a way I cannot describe. At times it sets the stage, at others it provides emotional punctuation. What’s important is that it’s used intentionally, and you can tell.

“Coven,” the only pure ambient track on the album, somehow also manages to be deeply musical, with heavily processed sounds evoking wind chimes, or maybe church bells. The washed out soundscape it paints is deeply calming, almost meditative, and makes me feel like I’m floating outside of myself, surrounded by a sea of images understood only vaguely. Normally I’d just skip a track like this on successive listens, but on this album, like an oasis in the desert, it gives me something I need, something that’s important.

And everything on Spotted Horse has its place. It’s moody and runs the emotional gamut, from the calm waters of “Fatigue” to the raging storm of “Lobe.” What really strikes me however is the clear emotional journey that the album lays out. “A Good Death” can be seen as the end of act two, and “Way Out,” as an uplifting and soaring triumph, is easily interpreted as the album’s climax. The final track provides an extended denouement in the form of emotional release.

After nearly two months of listening to Spotted Horse, it remains interesting and exciting. It keeps calling me back, and every time I answer that call, I discover something new. The satisfying mix of slow ambiance, mid-tempo shoegaze, and aggressive post-hardcore make it memorable in a way few albums manage to be. Glassing have created an album which carved out a spot in my mind where it’s going to stay for a long long time.

Spotted Horse is available now on Brutal Panda Records. For more information on Glassing, check out their Facebook page.