If you are at all familiar with our Nine Circles Audio Thing podcast, you’re most likely acquainted with (and probably tired of) my constant refrain of, “I just don’t like prog, dude.” We’ve been covering a lot of progressive stuff on our recent Album of the Month episodes, between February’s Intronaut and our recent Katatonia episodes, so I’ve had a lot of reason to make my feelings on the subject known. But, if you look at any of my year end lists, you can see quite a number of albums on there that are, without question, prog metal albums of some degree or another. Most famously, last year’s Waste of Space Orchestra album won my heart despite being very prog heavy, and breaking my “I don’t like albums longer than an hour” code as well. So when it comes down to it…do I actually not like prog? And if I do like it, why do I spend so much time maligning it? These questions gave me a lot of thought, and with nothing better to do during a quarantine than pick apart my own psyche, I decided to at least be scientific about the process and write it all down. What’s to follow is something of a primer about what makes an album ‘Prog That I Like’ versus ‘Prog That I Don’t Like’ and is inspired by four albums, of this ilk, I’ve listened to lately. 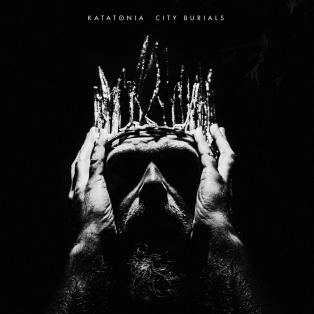 Since I never feel like I do a good enough job on the podcast describing why the albums that I don’t like tend to not stick with me, I thought that we might start there. Neither Intronaut’s Fluid Existential Inversions nor Katatonia’s City Burials are ‘bad’ albums by any stretch of the imagination, but they were both albums that bounced off me almost completely. Both had many high points to their credit, but both ultimately suffer from the same point of contention: they feel entirely too disjointed because they try to do too many things. A perfect example of this is Intronaut’s “Cubensis,” the first 2:40 of which is sheer perfection, but then leads into a middle portion that feels meandering and out-of-place, only to be made more pointless by an awkward transition back to the good riff again. Similarly, my favorite song off of Katatonia’s album was “Laquer,” which was the most straightforward, unassuming song on City Burials. Both of these albums seem to present a very modern conceptualization of what makes something ‘progressive’, as meaning frequent changes in themes throughout each song, and this admittedly produces very cool technical performances, but ultimately not much that is memorable for me about any of the actual music. None of the motifs that I like stick around long enough for me to feel like I got the most out of them, and it makes for songs that feel, to me, more like a collection of ideas than a cohesive whole.

So where, then, does prog go right for me? It wasn’t until I listened to Oranssi Pazuzu’s Mestarin kynsi that I really felt I could begin to articulate the ways it does. And, following that album up almost immediately with Elder’s Omens cemented that understanding. Ultimately, it seems that much of this piece can be distilled down to one truth: I prefer atmosphere over style. It’s why I prefer my death metal the way that I do, it’s why I prefer black metal over any other style of metal, and it’s why some prog albums work for me and some don’t. Intronaut and Katatonia’s albums were both, in terms of musicianship, the more technically proficient of the four albums discussed here, but I just don’t care much for flash. I would much rather listen to an album that feels like it wrings every drop from an idea it can, maybe erring on the side of too much, than listen to one that feels flighty and indecisive. Perhaps it helps that both Omens and Mestarin kynsi, by comparison to the former albums, seem to draw from an older definition of prog, drawing heavily from Pink Floyd-esque psychedelia and similar oneironauts of the time. These styles of music prioritize longer expansions of musical themes and much more emphasis on creating and sustaining an atmosphere than wowing with complex songwriting. When Elder and Oranssi Pazuzu move on from a motif, there’s no sense that anything was left on the table with it. They’ve fully immersed me in the moment.

All of this of course is only one person talking about their own experience with music. I wouldn’t dare say anyone shouldn’t like certain albums, and I’m happy for anyone who finds enjoyment in things I don’t personally have a taste for. But given that I will most likely end up talking about Omens and Mestarin kynsi again come year end list season, I felt it necessary to admit that yes, I do like prog. Just on my own terms.

One thought on “Prog Gnosis: A Self-Interrogation”