On June 6th, Polish death metal crew Kult Mogił officially release Torn Away the Remains of Dasein to the world through Pagan Records. And today, we are thrilled to share the album in its entirety right here. Recorded with a new line-up, this album sees Kult Mogił explore a more classic form of the death metal genre. Give it a listen, start to finish, immediately after the jump.

While only eclipsing the half hour mark by a couple of minutes, Torn Away the Remains of Dasein offers an absolutely blistering cadence with a straight-to-the-point classic death metal attitude. And it’s all brilliantly executed. Technically impressive, and filled with more quality riffs than an album of this duration should logically have, the added focus on the roots of death metal has clearly paid off. There is absolutely no time wasted, making for an efficient, concise listen that will resonate far longer than the runtime. 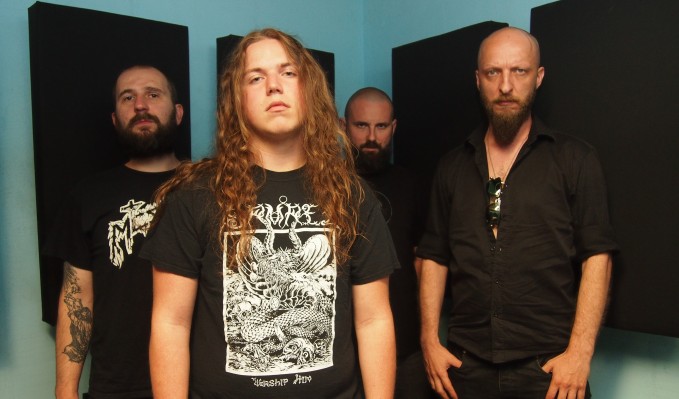 For a little background, Kult Mogił had previously released a demo in 2015, their only other full-length, Anxiety Never Descending, that same year, and one additional EP in 2017. From there, a couple line-up adjustments and a refreshed focus will surely prove the last three years were well-spent. And hopefully this album, Torn Away the Remains of Dasein, is only the beginning.

As a reminder, Torn Away the Remains of Dasein, drops June 6th through Pagan Records. For more information and to stay up-to-date on all things Kult Mogił, be sure to follow them on Facebook.

2 thoughts on “Album Premiere: Kult Mogił — “Torn Away the Remains of Dasein””