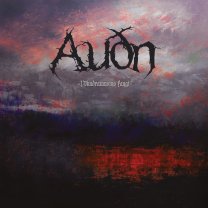 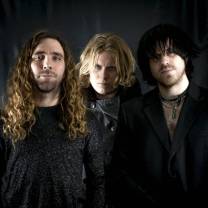 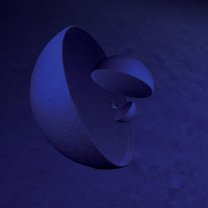 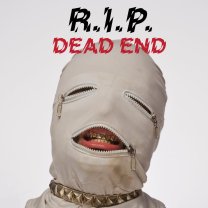 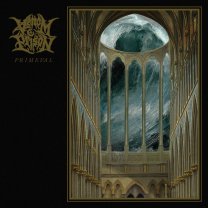 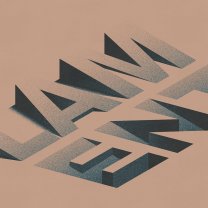 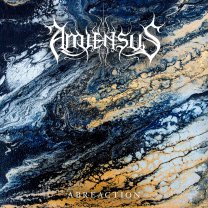 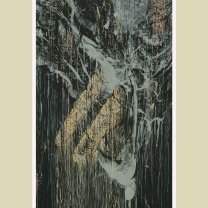 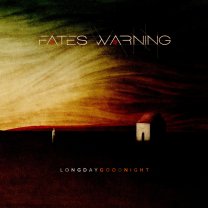 Each year I take a break from writing about metal on this site to regale the 10-12 of you who read Blood Red with reviews on horror films from every corner of the globe.  Different sub-genres, different themes…vastly different modes of execution.

Anyway, I’ve managed to vaguely keep up with some of what’s been going on in the extreme metal scene a bit, with different sounds catching my ears when I wasn’t knee-deep in Evil Dead homages and terrible, terrible remakes of mediocre horror films.  So for this edition of Nine Circles ov… I wanted to say a few (very few – I’m tapped at the moment after writing over 16,000 words on horror movies) words on some metal that wasn’t coveted here on the site, but managed to stick in my ears long enough to register as something I dug.

Without further ado, let’s dive in. 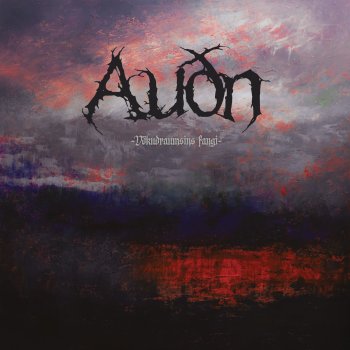 Somehow I missed out on 2017’s Farvegir Fyrndar, the sophomore release from Icelandic black metal outfit Auðn.  I’ll need to correct that, because new release Vökudraumsins Fangi is everything I want from atmospheric black metal right now.  Sweeping melodies and a tight, robust production bring out tons of nuance on tracks like opener “Einn um alla tíð” and mid-album highlight “Næðir um” and paint an image of their homeland that doesn’t require me to use a translator for their lyrics. 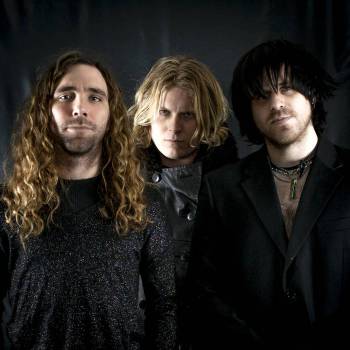 There’s no way I wasn’t going to add the return of Fuzz, the most appropriately named band since Eximperituserqethhzebibšiptugakkathšulweliarzaxułum.  Their third album, also appropriately titled III, is a Sabbath-sludge fest of chunky riffs and gnarly solos pushed against the singular harmonies of Ty Segall’s voice.  The crush of opener “Returning” is offset by lighter, boozier affairs like “Spit” before diving into the blues drenched 70s doom of “Time Collapse.”  I’m a sucker for anything Segall is associated with, but this remains one of my favorite incarnations of his music, thanks in no small part to the guitar playing of Charles Moothart. 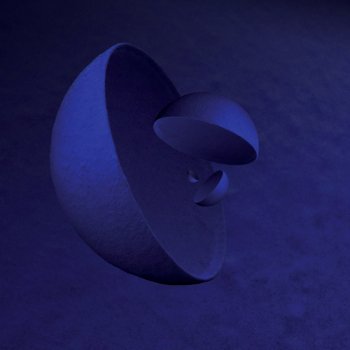 Out of the ashes of The Devil’s Blood arise Molassess, and damn if their debut Through the Hollow isn’t going to remain in my playlist for the rest of the year.  Taking the blueprint of psychedelic doom of The Devil’s Blood and injecting a massive dose of prog is the way to get my attention, but they hold it through some impeccable twists and turns in the songwriting, all anchored by the exquisite voice of Farida Lemouchi.  From the almost 12-minute opening title track to the close of “The Devil Lives” Through the Hollow holds as one of my favorite listening experiences in 2020. 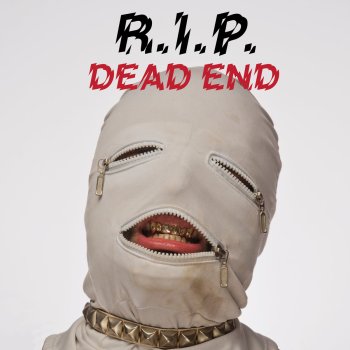 R.I.P. is filthy throwback metal that drives by, punches you in the face and drives away, laughing and spitting beer out the window.  But as they drive away you can hear those sweet harmonized guitar leads on “Judgement Night” and you smile, knowing the punch was worth it.  Dead End is their third album and revels in a scuzzy production that can’t hide some killer hooks in the chorus of the title track or the driving riff of “Nightmare.”  I was surprised how much I kept coming back to this album – it’s way more than a one-trick pony, and there are layers behind the scuzzy fuzz of their attack that I can’t stop banging my head to. 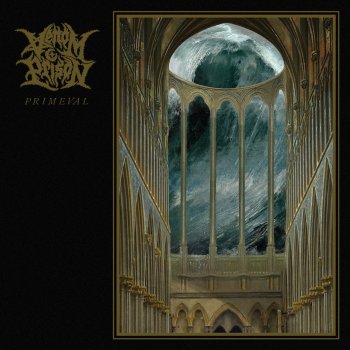 Approximately one minute and 15 seconds into opener “Usurper of the Throne” was when I finally “got” what Venom Prison were selling.  Sure, Primeval is basically re-recordings of the UK band’s first two EPs (plus two new recordings) but within those labyrinth ideas and blistering dive-bombs I found a sound I could love.  Larissa Stupar has a blood curdling voice that gives the ripping death metal around it a sense of urgency and vitality that make each song an event.  I guess it’s time to dig deep into Samsara and Animus to see what I’ve been missing all this time… 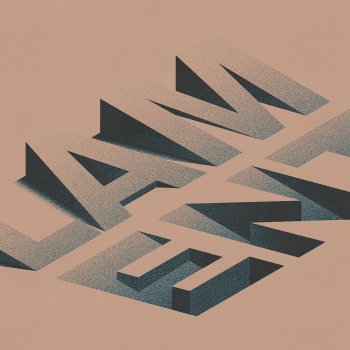 We went deep into the woods in upstate New York for Columbus weekend to get away with our extended family.  15 minutes in, an argument of epic proportions turned into screams and I walked out into the night with this Lament playing in my ears.  The opening song is “Come Heroine” and as Jeremy Bolm screamed out “And I’m just a risk / Atop of the moon / When I swore I’d seen everything / I saw you” I was able to let out a lot of the pain and hurt I had bottled up for so long.  And then my wife found me, and it doesn’t matter that I’m nearing 50 and Touché Amoré is maybe music for a younger soul: it pierces and cleanses and rips just enough to let the light in. 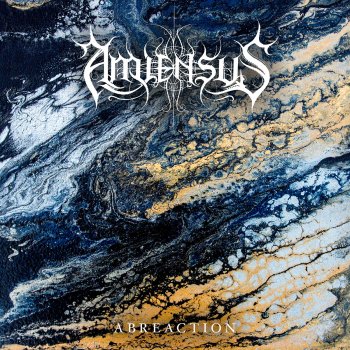 Has it really been five years since Ascension came out?  It doesn’t feel that long…maybe because I kept coming back to it time and again.  Now that I have Abreaction though, I can settle in with what Amiensus do best: take some of the tropes of black metal and weave them into new and interesting ways that play with light instead of darkness, construction ideas on tracks like “Beneath the Waves” and “Divinity” that speak to loftier themes.  Haunting and delicate even as the blasts come in to show you Amiensus haven’t lost any of the fight in their music. 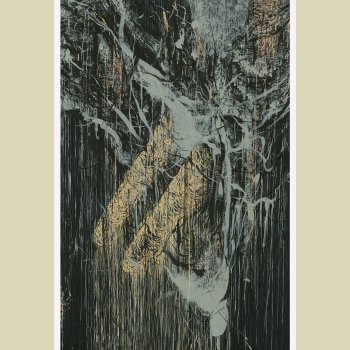 A new release from Sumac is always a cause for celebration and investigation: we can expect heaviness to be sure, but what else?  May You Be Held carries over much of the noise and experimentation found in their collaborations with Keiji Haino, creating a lush and exploratory record that deals in textures and soundscapes slowly undulating into monolithic riffs.  Aaron Turner’s voice is otherworldly against the tones of opener “A Prayer For Your Path” before moving into a rage on the slightly more straight ahead pounding of the title track.  Which is a monster. 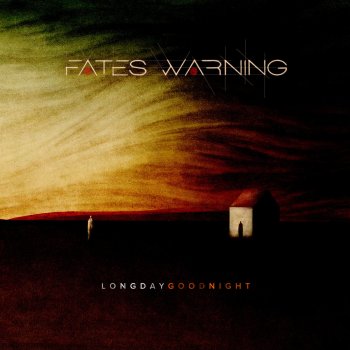 I’ve spent the better part of the month with the promo for Long Day Good Night, the latest from progressive metal heroes Fates Warning and all I can say is they sound just as vital as ever.  In a few days you’ll be able to see what all the fuss is about when it releases November 6th; in the meantime check out singles “Scars” and “Now Comes The Rain” and rest assured the masters have crafted another classic.

Over the past year I’ve found my relationship to metal, and to music in general changing, so it’ll be interesting (to me, at least ) to see and hear watch catches me next.  in the meantime, give these albums a chance and I’ll see you on the other side.