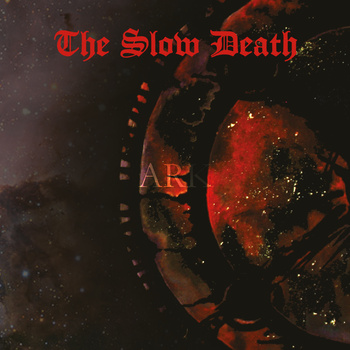 Where men have failed to carry the melodic vocal load, women have aptly stepped in to show them the path. Bands like Ides of Gemini, King Woman, Myrkur and The Wounded Kings have shown that women are not only equally capable of fronting melodic metal acts but are often more effective than their male counterparts when it comes to stoner and doom metal.  Gone are the days of men singing like Brad Delp of Boston or John Spinks (RIP to both) of The Outfield.  Why have a man stretch his vocal range to the limit when a woman can provide a fuller experience at the upper registers? In support of that theory, Mandy Andresen, front-woman for Australian doom metallers The Slow Death (also of Crone and Murkrat) provides an absolutely stunning performance on the band’s third full-length, Ark.

The album’s genius is not only in Andresen’s beautiful, sorrowful singing, but also in her duels with the band’s male vocalist, the late Gregg Williamson, who provided an array of growls straight out of Finland’s death metal scene in his final recorded appearance with the band. The balance of the two vocal styles, and the ability of Andresen to harmonize with Williamson’s growls, is beyond chilling. It reveals a depth of talent, songwriting and structure that is very progressive for their scene.  The two of them weave and trade-off vocals throughout the album while Pallbearer’s Brett Campbell glides effortlessly over his fretboard, mimicking the sorrowful depth of their vocals with his leads.

Thankfully—even despite the presence of Campbell, Andresen and Williamson—Ark does not feel like an album put out by a supergroup. It’s not showy and it certainly isn’t arrogant or inaccessible. Ark is emotional and it’s slow. The opening track, “The Chosen Ones,” is prime example of what the band aims to do.  As the song crawls along, the guitars, melodic vocals and growls all mix together to make a kind of “doom omelette” of sorts. There are six tracks on the album, with only the title track clocking in at under 11 minutes, and things get progressively longer with the final two tracks, “Declamation” and “Adrift”—at over eighteen and sixteen minutes each, respectively. Altogether, this thing bleeds you for one hour and sixteen minutes.

So, you might ask if I’m bored.  Well, I’m not. Not even close.  And you won’t be either. Somehow, The Slow Death manages to write epic songs that hold your interest while kicking you right in the emotional balls. As the third tack, “Perpetuate,” kicks off with clean guitars and spacious drums, you’re hooked; hanging on Andresen’s every note. Similar to the arc (no pun intended) of other tracks, the tendency is not to change pace but rather to change the density of the track. As “Perpetuate” thickens with muted guitars and crash cymbals, Williamson steps in to further thicken the mix with his somehow melodic growling. The Slow Death are able to play with spaciousness and negative space in a way that many bands fail to; rather than using more effects and tricks to suck you in, they use less. The imagination can be a very powerful thing and The Slow Death certainly will perk yours.

Ark will be released March 16, 2015 on Chaos Records.  For more information on The Slow Death, visit the band’s Facebook page.