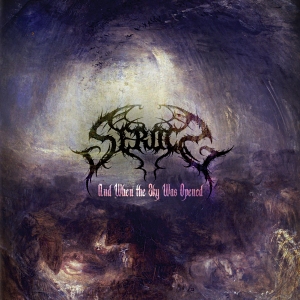 I wasn’t going to write two reviews this week. It’s Thanksgiving. It’s time to sit back, loosen the belt and eat an incredibly unhealthy amount of food in honor of the Pilgrims (and eventually other people from England, Spain, Portugal, etc.) who set about destroying a beautiful, fertile country and massacring an entire population. But then I saw that no one had claimed the new Serocs album and I figured, if you want something done right you’ve got to do it yourself. Because, well, multi-national purveyors of technically proficient death metal Serocs are awesome. And their new album And When the Sky Was Opened is their best to date.

What’s really crazy is that this is the second week in a row that I’m sitting down to talk about technical death metal. Like, is that possible? Sadly, it is. For all those out there that hate technical death metal (and that’s a large crowd) the last two weeks should help change your mind. Between Abhorrent’s Intransigence, released last week, (review here) and Serocs’ And When the Sky Was Opened, released this week, you no longer have the ability to throw blanket hatred across an entire genre. Because And When the Sky Was Opened is nothing short of fantastic.

That balance is entirely appropriate given the triumphant return of former vocalist Josh Smith (vocal duties were handled by Antonio Freyre in his absence who is still clearly in control of the band) and his penchant for lyrics that border on sounding like a PhD thesis in psychology. His return is also rhythmically significant as his halting, Frank Constanza-like delivery combined with his dynamic and versatile abilities really round out, enhance and balance the listening experience. The lyrical themes of war, humanity and tragedy are distressingly appropriate given the current climate and focus on the multiple ongoing refugee crises around the globe.

But music is, for many of us, an escape from all that dreadfulness. Luckily, the actual music offered by And When the Sky Was Opened is engaging, complete and wonderfully headbangable. The music, despite being technical, melodic and balanced carries a good deal of straightforwardness on its back. Many of the tracks are quite groove-oriented; you will find yourself headbanging on a few occasions.

So drag your lazy carcass out of your cave of narrow-mindedness and press play. I find it hard to believe that metal fans could write off And When the Sky Was Opened simply on the basis of its genre label. Further, I find it hard to believe that any metal fan wouldn’t find much to love on the album. The direction that Serocs has taken, bolstered and driven by the formal inclusion guitarist Philippe Tougas, results in some wonderful death metal. Fans around the globe should rejoice in the forward thinking direction that Serocs is driving an often maligned sub-genre of death metal in.

And When the Sky was Opened is available 11.27.2015 via Comatose Music. For more information on Serocs visit their Facebook page.

2 thoughts on “Album Review: Serocs – “And When the Sky Was Opened””