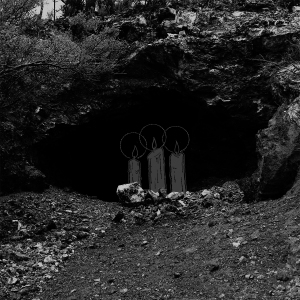 As of today, I am gearing up for only my second show of 2016. An admittedly slow start compared to last year. As a result, it probably goes without saying that hearing the news that The Ocean would not be able accompany Intronaut on their upcoming tour due to visa issues was frustrating. The Ocean was one of the best performances I had experienced a couple years back when they played Pelagial in full. No matter. Learning that Scale the Summit would be jumping on the bill was good news and it’s not like I would skip a show I had already paid for (ok that last part is definitely not a statement I can make). Anyway, it didn’t take long to notice that the other band on this particular bill, North, was set to drop a new album just in time for this run of shows. In my curiosity, and as a means of preparing for this show, I decided to dabble in the sludge metallers for the first time through their new album titled Light The Way. And overall, it is an impressive display of sludge and doom that should set the stage (pun intended) nicely for their companions on this tour.

For the sake of background and context, North was formed back in 2005 in Tucson. On a high level, their sound is slow, brooding, and crunchy. Basically, it’s everything we appreciate about sludge with plenty of creative bite. And that’s really how Light The Way can be summarized — a dense, jarring, and loud collection of sounds that unfolds with attitude. And it all plays out well. 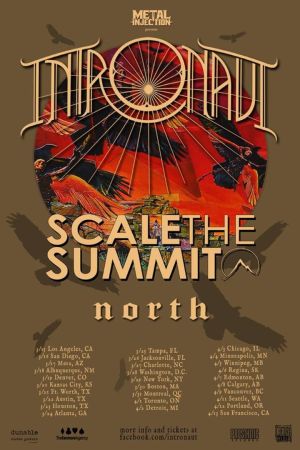 After the opening drones of “Moonswan”, we are first met with well-placed melodic leads on the title-track, all produced in complete clarity with an appreciated echoing feel. As the other elements eventually come into play — diverse percussion and gritty rhythm guitars — North’s sound eventually comes together in noticeable deliberation. But what stands out the most, perhaps too much so, are Evan Leek’s vocals. His form of shouting certainly brings a specific noise to North’s sound, allowing their message to be delivered with aggression. But, for me at least, it’s almost overwhelming relative to the rest of the sound. Perhaps too loud and clear. That’s not to say it sounds bad, but it’s only after you’ve dug into everything that is happening behind his voice that the album’s quality is fully apparent.

As we get into “Weight of All Thoughts” and “Earthmind” (the latter being my highlight track), you start the notice the atmosphere created by concise percussion and a consistent droning through the guitars that alternates with resonating chords as the album’s backbone. Just because this is doom-driven sludge intended to played at the loudest volume possible doesn’t mean it has to be overly straightforward or sacrifice depth. And that’s what Light The Way does so well. There is diversity everywhere you look. The rhythms are constantly experimenting with pace and weight while the guitars and bass change personalities regularly and effortlessly, especially on the likes of “Primal Bloom”, for example. But it’s the intricacies of the leads that deserve the most attention. They are clear, crisp, and at times piercing in their precision. They, at times, offer a melodic mask to the despair, helping move the album along in captivating fashion from start to finish, especially when you consider longer tracks like “From This Soil.” So, overall, yes it’s a heavy dose of depression, but there is plenty of creativity mixed it to keep it from becoming overwhelming burdening.

But of course, as can be the downfall of doom and sludge, it can feel long. This is not a brief or efficient listen. Clocking in at a near-50 minutes of runtime, it’s both a commitment in time and energy because of how weighted the sound is. And while that is to be anticipated from this genre, there are still times where certain sections feel overly drawn out. Of course, notes and chords should be given time to breathe, but I would be lying if I didn’t say some form of impatience began to set in after awhile. A minor, yet noticeable, aspect of this particular listening experience.

Either way, North has certainly reached a level of success with Light The Way. It is an authoritative display of sludge metal that knows what it wants to be and delivers with quality. Creative and experimental enough to stay interesting, yet never losing sight of its purpose. It is a welcomed dose of new weight in 2016 and I am convinced it will be a collection of tracks that translates well once they are taken on the road in a couple of week’s time.

Light The Way is out now through Prosthetic Records. For more information on North, visit the band’s official website.