This edition of EP-Attack comes to us via Blood Harvest. We will cover releases from Tomb Mold, Impure Consecration & Supremative. Two of them will see release July 29, 2016 via vinyl and one will see release on the same date via cassette. All three are raw metal put out by some up-and-coming bands from around the globe. All three are limited edition releases and feature death metal (of some form or another). There are some real gems in this edition so be sure to hit play on all the embeds below.

This title, from Impure Consecration is a two-song EP being put out by Blood Harvest on 7″ vinyl. This was a shocking discovery. Killer cover art, two great songs and a band that, even at this young an age draws comparisons to fellow Americans Morbid Angel. The 7″ can be pre-ordered here. The first track features better production and more of a straight forward death metal feel. The second track, aka the b-side, features a more raw production making “Apparitions of a Malevolent Spirit” feel a bit more like a blackened death metal track.  Definitely a bit of a banger here, particularly the first track. Recommended for those who enjoy The Chasm, Vital Remains, and Angelcorpse and collecting vinyl. Follow the band on Facebook.

This one was originally dropped in 2013 as a demo cassette. Servitude of the Impurity saw immediate acclaim across messageboards and was very quickly hard to find (and for good reason). Luckily Blood Harvest teamed up with Supremative to release the demo via the vinyl format. This is an absolute gem. If you feel so inclined you can pre-order it here. Supremative play fantastic blackened death metal. Hailing from Spain they draw comparisons to fellow countrymen Proclamation but tend to be more in line with the Blasphemy, Bestial Warlust, Sarcófago crowd. The tracks are unrelenting discourses on pure metal filth. A definite winner that the world is fortunate to see being re-released. Feel free to connect with Supremative on Facebook. 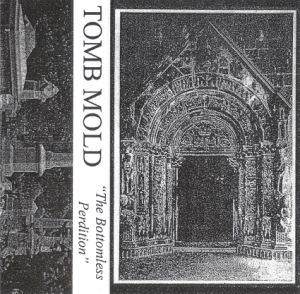 The last entry in this EP-Attack comes from the Canadian duo known as Tomb Mold. Unlike the others, this one will see release as a limited edition cassette rather than a 7″. This is some banging old school death metal. Handling drums and vocals is Max Klebanoff from Abyss (to give you an idea of the sound). This one leans heavily towards the Finnish school and can be pre-ordered here. Leaning towards bands like Abhorrence and early Sentenced, the initial punk underpinnings of Tomb Mold is apparent. Their tracks are relentess auditory assaults full of blistering drums and caustic guitar work. Tomb Mold is not only raw and filthy but they happen to be quite catchy with some punk interludes. 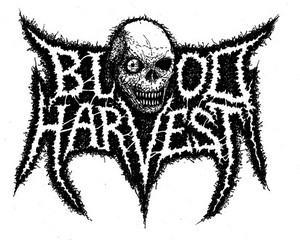