Pushing the limits of what one might call a “supergroup,” Curezum, at its core, is an extreme metal tribute to The Cure featuring a motley crew of some of metal’s most seemingly disparate characters. Implausible as it may sound, after a discussion about mutual musical interests, Mort (Megaton Leviathan, Vaital Deul, Alfheimr) and Martti (Barrowlands) discovered they were both, independently, keenly aware of how simple it would be to take the album Pornography by The Cure and re-imagine it as a black metal record.  From those coincidental, yet inauspicious beginnings, Curezum was born. After some initial runs with a handful of trial members and bit of a hiatus while both Mort and Martti’s other projects released material, Billy Anderson (Melvins, Blessing the Hogs, Porn) signed on for additional production duties, and a wide array of Portland area metal artists were drafted for a variety of guest performances. As of this writing, the first Curezum album is currently in production, and live rehearsals have begun in earnest. Meanwhile, Curezum’s members are stocking up on popcorn to eat whilst reading comments regarding the weird Cronenberg monster they’ve birthed.

Extreme metal post-punk tribute to The Cure and international phenomenon Curezum are back with a new single, tackling the much-requested track “A Forest”. Led by mastermind Mort Subite, the band put their signature black metal spin with atmospheric tremolo and snarling harsh vocals. The song/video also features Matron Thorn of local black/death metal merchants Ævangelist, as part of a series of collaborations to be included on the début album.

Curezum will no doubt continue to be divisive in the metal realm, but with this second single they prove to be far more than a one-trick pony, with plenty further material to come.

Pre-orders (including bundles) are available on the Static Tension website here: https://statictension.bandcamp.com/album/a-forest-b-w-siamese-twins

It’s pretty safe to say we were probably all music hounds from a very early age, and variously found our way into playing and recording music as teenagers and young adults. It would be an equally valid assessment that we’re all pretty happy with our varying levels of achievement.

What’s the most you have ever debased yourself to get your band onto a show, into a magazine or otherwise promoted, covered, debased and praised?

Sometimes, merely being an artist is enough debasement. There is nothing on earth quite as cripplingly stress filled as being the center of a stage show gone awry, or being part of an act that’s gone wrong media-wise. Most of us come from the standpoint of artistic, “calculated madness,” so any debasement is part and parcel of performance, and wouldn’t be debasement so much as part of the “show,” unless it’s gone off the rails somehow.

One embarrassing story involves the time the four of us started this extreme metal tribute to the Cure and… well, that’s probably not relevant. 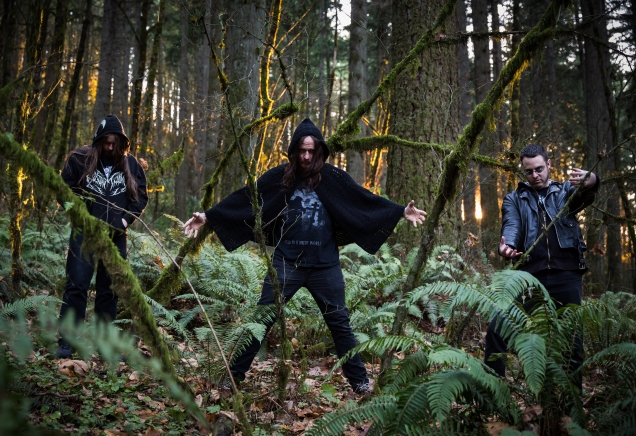 There’s a really great trend toward experimentation and syncretism of genres, even those not traditionally associated with metal. It’s a great time for music fans who are tired of hearing the same “worship” bands largely fart out pale imitations of albums they fractionally understand. Not that there aren’t some great “worship” bands but the flip side of that coin is the same ugly traditions being paraded around as some kind of “keeping the faith” bullshit rhetoric. Do we really need more crypto-fascist, hyper-misogynistic grade school understanding of social issues in any genre, let alone one that is specifically geared to excite the senses the way that metal does? Thirty some odd years of dudes “joking” or “soundtracking horror movies” about their violent fantasy worlds is a bit stale, to put it mildly, and the NS edgelords can take a hike too. No one admires a sociopath except other sociopaths or the terminally stupid. Thanks for the cool riffs, but eat a dick otherwise.

Curezum’s music is nearly entirely free of these concepts as a consequence of being a cover band whose source material is almost wholly a-political. However, every member of Curezum is an avid supporter (and in some cases, activist participant) of civil rights for every marginalized group for varying reasons of personal involvement and simple logical evaluation. It’s quite obvious that humans are not all created, or even treated equal, and it only makes sense that since we’re all humans, at the very least, we all deserve a fair shake. A lot of these “political correctness gone mad!” chicken little jackasses seem to think that, irony of ironies, someone might marginalize their actions and beliefs, and what a nightmare that would be, right?!
People should be free to say the things they want to say, but no one should be free from scrutiny when your words are dismissive of others experience or outright hateful. Stop saying and doing shitty things, and people might stop calling you out on your bullshit. It’s pretty basic cause and effect.

Varying family members and friends dug our collective cultural ditch. Deep down, no parent wants their child to be a rock star. No parent who wants to be put in a reputable care facility in their old age, anyway.

What’s the stickiest you have ever been?

One time, Billy actually had someone pour some sugar on him at the height of the “Def Leppard Challenge” YouTube craze. A freak thunderstorm turned him into a bee magnet and the hose we had standing by malfunctioned. Still pissed he deleted the video. Never should have given him the SD card.

Most outlets do a pretty good job of this already, but devote a big portion of your coverage to emerging artists. Obviously, don’t just hype any trash that pops up in your Haulix feed, but seriously do what you can to help out newer bands that have real promise. Artists are broke as fuck, and often times newer bands don’t even really know what they need to do to put themselves out there, or have the money to hire adequate PR for themselves, so if you have connections at multiple outlets, reach out to them and see if they share your love for your newfound indie crush. Reach out for an interview, or see if there’s anything you can do to get a unique feature from them that will produce beneficial traffic for both your site and the bands content.

Reporting that Slipknot posted a meme on their FB page is the kind of content I see on some of the bigger outlets that can easily be sacrificed to give some traffic to great new emerging talent. Y’all just kind of look like the metal version of Star magazine when I see headlines like “Devin Townsends favorite smurf!” 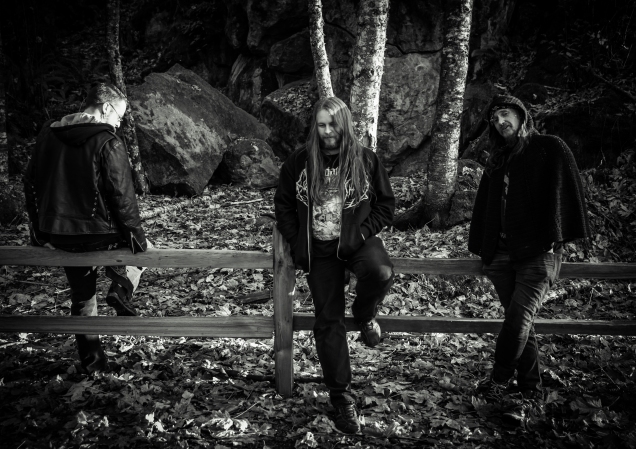 Eating one of those big ass sandwiches is our main goal. Martti was in a cult once. It was too time consuming and not as much fun as he thought it would be.

Finally, when you’re not listening to, writing or playing metal, what are some of your favorite albums to listen to currently?

Frank Ocean – Channel Orange (RELEASE THE NEW ALBUM FRANK FFS), Schammasch and Coldworld, oh and Hammers of Misfortune. And Caina. And Malokarpatan. And Hands of Thieves. And also FÓRN. Oh, and Eight Bells – Landless, too. Oh yeah, Fred James. OH, and Death Fetishist. Plus Jedi Mind Tricks, Scott Walker, Die Warzau, and that last Zooblepoof Coalition album. And that’s ALL I need. Oh, and this lamp…

4 thoughts on “Profile: Mort from Curezum”