There is a significant real estate issue in my house when it comes to physical media.  I have one room that is totally mine, but there’s only so much you can cram into a 9×12 foot office.  So I began to make concessions: in addition to moving largely digital I’ve been transferring a lot of my CDs into binders, relegating the towers (thank you IKEA Gnedby) to the music I listen to the most.

When I first got back into extreme music, I was buying whatever I could to get a sense of what it was I liked and identified with.  Now I have two fat binders full of stuff I probably haven’t listened to in years, so for this edition of Nine Circles ov… I decided to grab one of those dusty old binders, open it up and grab some metal to see what I moved in error, and what rightfully deserved its place among the forgotten. Let’s dig in… 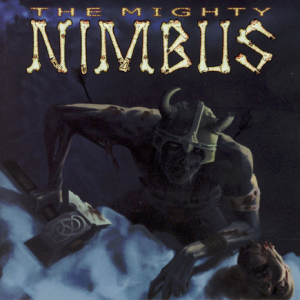 The Mighty Nimbus –  The Mighty Nimbus:  Shambling forth with a sludge doom/stoner hybrid that featured members of Sixty Watt Shaman and Alabama Thunderpussy, The Mighty Nimbus probably didn’t hold my interest when the self titled debut came out in 2004 (I was probably craving melodic death metal at the time) but today songs like “Everything I See” with its sweet singalong chorus and the buzzing dirge of “Drinking on a Pile of Skulls” feel right at home to me.  Vocally Dan Soren channels a cool mix of Phil Anselmo and a faint echo of Life of Agony in the cleaner moments.  I’m surprised how I dig it now – especially the evil left turn the record takes with “Sacraments of the Sick.” 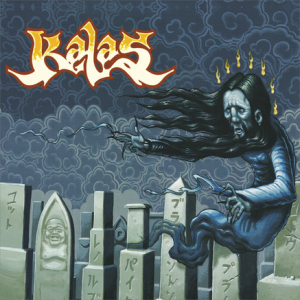 Kalas – Kalas:  “Matt Pike?!  You shelved a Matt Pike project?!”  Yeah, sorry but I did.  I was super stoked to hear this when it came out after being blown away by High On Fire’s Blessed Black Wings.  Falling into the depth of stoner bliss with Sleep only made it more anticipated.  And then…this.  Reading up on the release now I realize Pike handled vocals only (one nice lead line aside on “Frozen Sun”) and the music, while certainly passable, is just that and nothing more.  Mixed in with other songs I guess Kalas is okay, but put next to the Man God Pike’s other works, it falls short.

Cipher – Children’s of God’s Fire:  Political metalcore with hip-hop, noise, and did I mention hip-hop?  There was a moment in time when stuff like this was popular I guess, and I admire the band’s commitment on tracks like “Venom” where the really angry and dissonant moments try to work against the more melodic moments, but the barking vocals and syncopated rhythms strive for Candiria levels of integration but never quite get there.  I’ll give Cipher this, though: everything feels 100% sincere – there’s nothing that reeks of calculation or a cash grab on a trend on the record.  And there are moments when it works, like the aforementioned “Venom” or the two-part “Enduring Freedom” but ultimately this isn’t something I really feel like I need to revisit.

Verdict: Rightfully shelved, but not for lack of effort. 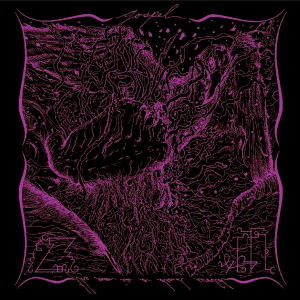 Gospel – The Moon is a Dead World:  I don’t know what I was thinking, okay?  It was 2005, people were all over things with solos and that European flair.  But dear LORD listen to this thing:  the way the bass slinks and slithers on opening track “Congratulations…You’ve Hit Bottom!” is a monster.  Merging prog elements with the hardcore/metalcore leanings of bands like Converge probably shouldn’t sound this damn good, but DAMN IT SOUNDS SO GOOD.  “Yr Electric Surge is Sweet” is a frenetic blast of hammer-ons and air-raid sirens that makes my blood boil.  I apologize to the Metal Gods™ for ever relegating this beauty of a record to the binder.  I’ll take my lashes accordingly.

Verdict: HOLY CRAP THIS SHOULD SIT ON A SHINY THRONE.

Andromeda – Extension of the Wish:  Back when I was getting my metal feet wet, labels were just as important as magazines like Decibel or Terrorizer.  Century Media was something I went to look for when I was brushing up on my early education, which is probably what brought me to Andromeda’s Extension of the Wish.  Progressive metal with plenty of guitar wizardry and clean soaring vocals are the order of the day here, with keyboards giving everything a techno shine that mirrors the shoddy artwork on the cover.  For all that I dig the vibe of this, their 2001 debut – there’s a bunch of fun to be had on tracks like “Crescendo of Thoughts” with the very Dream Theater-ish interplay between the guitars and keys.  If you’re looking for something very much in the vein of Dream Theater when they were fun, this might be up your alley.

Verdict: I may not dig it up too often, but this is fun shit.  Bring it forth and let it breathe!

Far-Less – Everyone is Out to Get Us:  Well, it came out on Tooth & Nail, if that means anything to you.  I feel like at the time of the mid-aughts there were a ton of bands doing this kind of snazzy, snappy hardcore/pop melange.  The Fall of Troy, He is Legend…even to a lesser extent Protest the Hero.  This bears the same scare Kalas does above: there’s nothing here that’s necessarily bad, but there’s nothing here that sticks a second after hearing it.  It’s innocuous, which is one of the last things I want from my metal.  Once I start to see tongue in cheek song titles (“I Looked at the Trap, Ray” which actually is one of the more successful songs here) you better impress.  Meh.

Verdict:  Sorry.  In the binder you shall stay.

Losa – The Perfect Moment:  We might as well retitle this Nine Circles ov…2005 at the rate we’re going. I remember almost nothing of this album expect reading somewhere of comparisons to Tool.  Listening to opener “The Beginning” I think early Mastodon is more apt, albeit with less nuance and more punishment.  It’s pretty much “second verse, same as the first” for the rest of the album: pummeling chugging, screaming, and occasionally a twist in the rhythm.  The album hits its groove about midway with “From the Ashes of Infancy” and “Linear Prophecy” before giving us the most Tool-like song with “Church of Pitted Vipers.”  Maybe if they re-sequenced the record and dropped that first track we’d have a clearer winner in The Perfect Moment.  As it stands (it’s also their only album) I can take or leave it.

Verdict: If there was a way to ditch the first half and keep the second half, I’d do it.

Starkweather – Croatoan:  I think everyone and their mother went nuts for this album when it came out in – you guessed it: 2005.  At the time it was too chaotic and blistering for me (I was so sensitive at the tender age of 32).  I do recall really digging the 2010 follow-up This Sheltering Night quite a bit, but never got back around to Croatoan despite the awesome cover artwork by Paul Romano.  My mistake: next to Gospel this is probably the biggest miss I’ve made, one I’m only too glad to correct now.  At times blisteringly chaotic, true, but the way that chaos transforms into order is breathtaking on tracks like “Taming Leeches with Fire” where the vocals melt and sputter like death around a crunching set of riffs that beat into your chest like a baseball bat.  Speed varies almost randomly, but then everything ties in a ringing open chord before laying waste again.  The vocal and musical gymnastics on display here work in the same manner as outfits like Mr. Bungle or Dillinger Escape Plan, but with a bleaker, more punishing outlook.  Not convinced?  Good news: you can get the album on Bandcamp for a steal at five bucks, along with their other excellent releases.

Verdict: Hells yes, bring this up from the depths to get the accolades it deserves.

Yyrkoon – Unhealthy Opera:  Lovecraftian inspired death metal from France?  Yes, please!  Or at least that must have been my response back in 2006 when this came out.  With more than a nod to head-banging thrash Unhealthy Opera still packs a nice punch with its technicality and brutality on “From the Depths” and the opening stutter of “The Book” with a production that borders on tinny but serves the music well enough.  You can slide this into any death metal mix and I’m sure you’d get fists pounding in time with the heads.  Leads are super sweet, and Unhealthy doesn’t really ask any more of you than that.

Verdict:  I can take or leave it.  It’s good, but not so amazing I’d seek it out.  Sweet leads, though.

I don’t know about you, but damn…lots of music in 2005, huh?  Seems like I hit a real exploratory period there.  I’m not gonna lie: this was a blast to sit back and check out all these old albums I haven’t heard in years.  So let’s keep the theme running – I’ll be back in 2 weeks with another batch from the binder.

In the meantime, do any of you recall these records?  What did you think?  Agree with my verdicts?  Just amazed it took me over a decade to find the love for Croatoan?  Let me know here or on the vast shithole that’s social media and we’ll come back in two weeks with more.

Everything listed here should be readily available on your preferred streaming platform with the exception of Croatoan, but hey: $5 on Bandcamp is a steal!