We’re one week into the annual Hoop-Tober horror marathon, and five films in it’s been a bit of mixed bag.  On the plus side Andy Muschietti’s adaptation of Stephen King’s It plays like gangbusters on the big screen, building scares more like action sequences and (for the most part) eschewing needless jump scares.  And Tobe Hooper’s The Funhouse had a great grimy feel mixed in with its Hitchcockian thriller elements.  Alas, Burnt Offerings was too slow and boring despite some truly unnerving scenes and a killer cast with Oliver Reed, Karen Black and Bette Davis.  The House on Willow Street took an interesting premise (thieves take girl hostage who happens to be possessed by a demon) and kills it with terrible dialog and performances.  And I wish I could say I really enjoyed the meta-commentary in Wes Craven’s New Nightmare, but it wasn’t enough to redeem what they did to Freddy.

Great opening, though.  Reviews and excerpts below:

Like its titular attraction, The Funhouse had more than a few surprises for me, all of them good. Tone Hooper’s stab at the mainstream after the original Texas Chainsaw Massacre and the neon crap-fest that was Eaten Alive, The Funhouse plays more like a skewered Hitchcock film, ably supported by the beautiful anamorphic camera work of Andrew Lazlo (full review here). 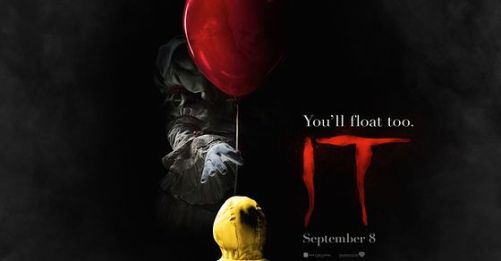 Relying less on jump scares and more on building sequences of mounting horror and dread, Andy Muschietti’s adaption of It plays like gangbusters in the theater, featuring a killer’s row of performances from its child cast and a sinister performance by Bill Skarsgård that completely sells Pennywise as an inter-dimensional horror and lays to rest unfavorable comparisons to Tim Curry’s performance in the 90s miniseries. I don’t think it’s the best Stephen King adaptation I’ve ever seen, but it feels like the most reflective of King’s work, if that makes any sense (full review here).

Burnt Offerings is a surprisingly bleak picture, boasting an A-list cast and a bang-up ending I still hesitate to recommend. It’s a slow burn that borders on dragging, and the most horrific moments come not from the overt horror elements but the familial interactions that come about as a result of the haunting (full review here).

Despite a catchy premise some truly cringe-worthy dialog and performances mar an otherwise interesting take on possession in The House on Willow Street. Based on an O Henry short story (albeit with more Satan and guns added, I imagine), the film relies on too many jump scares and not enough meat on the bones to make this a truly satisfying flick (full review here). 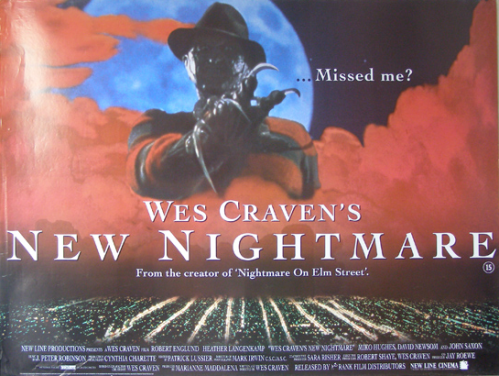 Shaking off the tired tropes of the previous films, New Nightmare presents a meta-commentary on horror films and their effects on children, the castration of Freddy as a truly horrific character, and basically attempts to send up the Hollywood machine. So yeah, it’s probably the third best in the franchise, but that doesn’t mean it’s without fault. Quite a few, actually (full review here).

Next week we’re covering some Jamie Lee Curtis terror, a dream-like nightmare descent that influenced David Lynch, sequels, cannibals, and more, so check in and see what meat is rotting on the table.