2017 was an interesting year. While the trend of decreased album coverage continued to pave the way for increased show coverage, I still managed to get my hands on several dozen records that left an impact with me. Naturally, trimming that population down to my Best of 2017 list was daunting as any preceding year. While we did see some familiar names return with impressive new work over the past twelve months, my personal listening experience arguably covered more ground than ever. This theme was undoubtedly tied to the aforementioned increased time spent on the live setting. I was exposed to artists and styles I was previously unfamiliar with (there’s a reason I rarely skip openers). Of course, this meant that I missed some albums I was told I simply couldn’t. But in return, 2017 ended up being one of the more important years I’ve had in covering music. The live performance has a crucial impact on how an audience reacts to an artist, and that, at least in part, explains how I came up with the list below.

I’m not sure I’ve ever had a more difficult time deciding this top spot. While I had casually followed Amenra over the last year or so, it wasn’t until their incredible performance on tour with Neurosis and Converge that I became hooked. And as much as Amenra’s past music resonated with me, Mass VI is on an entirely different level. From a composition standpoint, this album absolutely had it all. Moments of weighted darkness were brilliantly coupled with lighter, almost haunting, passages. Emotionally, it offers both beauty and pain as it effortlessly traverses an incredibly vast landscape of sound. Whether you consider them doom, post-metal, or post-hardcore, there is no denying the quality and immensity of this album. Couple that with a unique live performance that everyone should experience, and we have the pinnacle of my 2017 list.

Saule’s self-titled debut effort snuck up on me this year. When I first went through this album, I had no idea how much it would stick with me going forward. It is an absolutely mesmerizing display of post-doom metal that is both dense and enchanting. It has a certain hollow element to it that envelopes you and takes you to a completely different mental state. The interplay between the fleeting yet complex vocals, pronounced percussion, and echoing guitar passages highlights how expertly crafted this album is. Over time, I found myself listening to this record more and more regularly, leaving it in the second spot on my list.

Der Weg einer Freiheit has become my favorite atmospheric black metal band going. While Finisterre didn’t reach the top of this year’s list like Stellar did a couple years back, in a number of ways I think this is an even better record than its predecessor. It may not be as dynamic, but it is more consistent start to finish and drives home the fact that these Germans are absolute masters of their craft. There isn’t a moment on this record that I didn’t enjoy. My listening may have covered a wider spectrum in 2017 than usual, but there’s no doubt that this was one of my most frequented albums this year. An absolutely incredible back-to-back delivery from Der Weg einer Freiheit.

4. Hallatar – No Stars Upon The Bridge

This was one of the few (if not only) albums I personally reviewed this year. In terms of doom metal, it is one of the greatest works I’ve heard in years. Complex on every level, No Stars Upon The Bridge was inspired by tragedy and fully embraces the somber, darker forms of our emotions. It is a deeply moving record that is defined by the personal element contained within its passages.

This might have been may favorite album from the early stages on 2017. I discovered Black Anvil when they opened for Inquisition and Mayhem and was instantly hooked on these guys. Their melodic take on black metal (with a touch of thrash) is quickly addicting and As Was covers the full range of what they are capable of. This latest effort features plenty of variety and each track weaves its way through varying levels of weight and darkness. It’s a blast to listen to and has failed to grow stale on me almost a year after discovering it.

It’s been a solid year for German black metal. Between the aforementioned new record from Der Weg einer Freiheit and Horn’s Turm am Hang, 2017 can only be looked at in a positive light. I discovered Horn following 2015’s Feldpost, which was a decent enough record, but Turm am Hang is a significant leap forward. Start to finish, there simply isn’t a weak spot on this record. It may not be as dynamic as some of the other black metal albums to drop in 2017, but in terms of sheer quality, Horn’s latest is right at the top.

7. Junius – Eternal Rituals for the Accretion of Light

Another one of my favorite albums from the first half of the year. It slipped a couple spots in the latter stages of 2017, but still made this list with ease. No, I didn’t manage to catch Junius live this year, despite a couple of opportunities that presented themselves. Either way, this album was that good, start to finish. I had casually followed these guys following their opening set for Sólstafir some years back, but am now fully on board with what the Bostonians are doing. Just listen to “The Queen’s Constellation” and you’ll get what I mean. 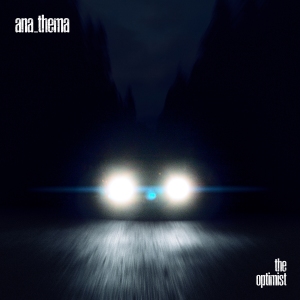 I was a bit underwhelmed by 2014’s Distant Satellites. I mean, it was fine. But it didn’t have that same resonating aura to it that previous Anathema records have had. Fortunately, The Optimist was a complete return to form. I’ve followed them from the earlier death and doom days to the more intimate recent work and this is a tremendous representation of how their sound has evolved. Add in a solid performance in Boston earlier this year that I was lucky enough to attend, and 2017 was a great year for Anathema.

Wolves have gone back to that black metal thing and that makes me really happy. Make no mistake, though. This record isn’t here simply by that default. This is a Pacific Northwest black metal masterpiece that is right up there with the best in their discography. It encapsulates virtually everything I have ever appreciated from the Olympia, Washington trio.

Featuring three tracks that cover just under half an hour, this is a brief, yet impressive dose of dense atmospheric black metal. I just wish there was a little more, because this thing leaves a lasting impact long after the final track concludes. [Album Review]

Narrowly missed my top nine. I have had a ton of fun with this record all year. A killer live performance further enhanced how intensely enjoyable this album is. [Concert Review]

Despite an immense triple album that dropped only last year, Schammasch continue to expand their creative limit to incredible success.

Pillar of Fire may perhaps be a step back overall, but the high points of this album are still very high. Some filler, but it contains the same bite that grabbed my attention a couple years back.

This is a raw, gritty black metal/punk/thrash hybrid that I am absolutely in love with. It’s almost an hour long, which is ambitious given the substance, but I still find myself blasting this thing weekly.

The first full-length from Katla was exactly what I was hoping for after the 2016 7″. Featuring Einar Thorberg Guðmundsson and Guðmundur Óli Pálmason (ex-Sólstafir), this album builds off the previous EP very well. With an increased progressiveness, this collection of tracks reaches far wider than I would have originally anticipated.

I’m not sure where I would include Auðn among the other notable black metal projects emerging from Iceland, but this is an impressive sophomore effort that marks a huge step forward.

A tremendous display of more traditional black metal out of Finland. It offers a wide enough range that purist and modern black metal fans are sure to appreciate. One of the better releases of the year within the genre.

A thoroughly enjoyable effort from the industrial black metal veterans. One of the stronger efforts in their discography, without question.