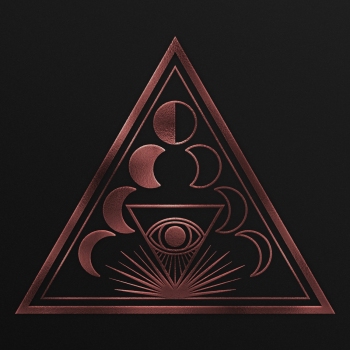 Soen have always played in that space that blurs the distinctions between genre classification: are they metal?  Rock?  They’re certainly progressive, but are they so progressive to be considered “progressive” metal?  Or rock for that matter?  The good news is that on fourth record Lotus continues to not care about labels, opting to let the emotional core of their music carry through.  Others can opt to argue what it sounds like; to these ears, it simply sounds like Soen.

There may have been a time where Soen was mainly considered drummer Martin Lopez’s new band following his departure from Opeth, but the consistency of the band’s output since debut Cognitive in 2012 has been just that, consistent.   The comparisons to Tool almost immediately emerged, mainly owing to the clean vocals of Joel Ekelöf and the intricate, technical proficiency of the music.  That’s a disservice though, as tracks like “Fraccions” and “Delenda” are both heavier and more dissonant than anything Tool have put out, and Lopez’s sense of timing has always had a very singular feel that put him apart from other drummers, and that sense comes straight through in Soen’s music.  What’s always been interesting about Soen and Martin’s approach to their music is how much he’s willing to lay back on his skills when the song calls for it.  2017’s Lykaia as a whole is a much more laid back affair, allowing the bass and Ekelöf’s vocals to be the primary focus.

So when the syncopated and overcharged riffing kicks off “Opponent” on Lotus it’s refreshing to hear that Martin and company are taking the rock back big time.  It’s aided by a sweet, expansive mix job so that the drums have a huge soundstage, and the bass seems to rumble across your brain.  When Stefan Stenberg’s bass takes center stage, as it does on the verses of “Lascivious” there’s a bouncing, joyful quality that juxtaposes against the heavier moments when the guitars cut through like razors.  “Martyrs” has the same razor-sharp quality, the melodies carried through on the guitar work is superb, reminiscent of some of Opeth’s strongest moments, but always carried in tandem with a strong hook thanks to Ekelöf’s vocals.

It’s not correct to say that Ekelöf is the secret weapon of Lotus, because he’s so front and center in the songs.  The title track beautifully showcases him with the music draped in a thick classic rock vibe, searing solos and bass work that recalls the best of late era Pink Floyd without being beholden to them.  Similar vibes inhabit the beginning of “Covenant” with echoes of “Run Like Hell” before jumping into one of the heaviest tracks of the album.  “Rival” is another standout, and one where ample enough credit can’t be given to Lars Åhlund and Cody Ford for their keyboard and guitar work.  The keys in particular seethe under the surface, providing layers of mood and ambiance upon which Ford just riffs like a maniac.  Yet, despite all this heavy instrumentation the production is clear enough that the small touches Lopez injects: a wood block, a gorgeous fill…all come through with a brilliant clarity.

After seven years and four albums is it finally time to stop comparing Soen to other bands and let them live and breathe their own air?  I think that’s been the case for a while now, but Lotus lays to rest any notion of the band following in others footsteps, instead they’ve more than proved they march to their own beat, and it’s for others to follow in their wake.

Lotus is available February 1 on Silver Lining Music.  For more information on Soen check out their website and Facebook page.