As I sit here writing out this 2019 list quite literally on New Year’s Eve (I swear I’m later and later with this post every year), I look back a bit and realize that 2019 was pretty much insane. Sure, we’re burning the Earth alive and democracy here is pretty much dead, but from a narrower lens, there were some positives. From a selfish standpoint, 2019 kicked ass. We should all look at the world with a greater perspective, and share in the trials and tribulations the world is going through and aspire for better… for everyone. But within all that, for the sake of sanity, it’s also healthy to look back on personal achievements and moments with some pride. And that’s where I’m at right now.

As much as I want to share some of 2019’s highlights and how those experiences dictated the music I was drawn to, I know we are really just here for the list itself. Fine. I’ll just say that looking ahead to 2020 I encourage everyone to be adventurous and ambitious. Explore new cultures, spend time with nature, think alone, try new things, read regularly, and understand that every single one of our actions impacts someone else. Most of the albums that ended up on this list are tied to some form of event or memory, so I deemed all that worth mentioning. Ok, trite advice and reflection over, let’s get into it. Following the same format as last year, which I relatively enjoyed piecing together, here are my top nine albums from 2019 with nine honorable mentions. Subjectivity! Ok, that’s enough. Go time.

1. Schammasch – Hearts of No Light

Somehow, someway, Schammasch continues to stretch their musical limits (if such limits even exist). And somehow, someway, they continue that exploration with unparalleled success. For as far as Schammasch reached with 2016’s monolithic triple-album Triangle, this latest effort pushed the boundaries even further, but in a more efficient, concise package. Hearts of No Light isn’t only impressive in how much ground it covers, but also in how well it executes its own diversity. At no point does a certain passage or idea feel rushed or overdone. Rather, every concept is offered the precise amount of time needed to resonate fully before expertly transitioning again. In terms of construction, this album is pieced together as brilliantly as anything I’ve heard. In terms of sound, it is instantly captivating and resonates on all mental and emotional levels.

“The fathoms of truth are where darkness is deep, and triumphant over ideal and intellect. Mesmerizing, paralyzing spirals of fear. They become relief, spirit, and belief.” (From “Ego Sum Omega”) 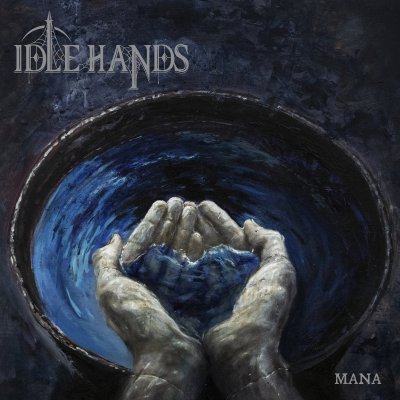 Idle Hands will undoubtedly prove to be my crucial discovery in 2019. There isn’t a moment on Mana that I don’t enjoy immensely. Serving as a form of heavy metal/gothic rock hybrid, this debut checks all of the boxes. The execution in sound and style is effortlessly consistent, but within the margins of this record, each track offers its own path and form of exploration. Equal parts melancholic and vibrant, Mana proved to be my favorite listen of 2019 for a number of reasons.

“There’s a devil in my mind, and the mysteries of time revealed. In the dark I’m running free, give to me your energy.” (From “Give Me To The Night”)

To be honest, I didn’t go into Insomium’s latest release with as much enthusiasm as I should have. They’ve proven to be the kings of consistency over the years (in a good way), but after 2016’s Winter’s Gate, I wasn’t quite sure how they would build on (or depart from) all the ideas and moments that stood out on that record. Well, they followed up Winter’s Gate (and 2014’s Shadows of the Dying Sun, for that matter) perfectly. Many of those recent darker, powerful ideas came to full fruition in Heart Like a Grave, but they still found all the right moments to work in their soaring atmospheric signatures that have defined their brand of melodic death metal for years. Nobody does this better than Insomnium. They are truly masters of their craft.

“Right here by my feverish side, the ghosts of those I loved. Gone is the cruelest longing now, undone this grief of mine.” (From “Pale Morning Star”)

4. Falls of Rauros – Patterns in Mythology

I feel like Patterns in Mythology ended up on most of the lists I’ve have bothered to read. And rightfully so. Falls of Rauros continues to get better and better, taking a new leap forward with every record, and all the recognition is very much deserved. Yes, you could look at what they create as something that would fill a void left by the likes of Agalloch, but there is just so much more to their sound than that. This effort certainly scratches that same itch, but it introduces an entirely new world of musical intricacies and personal introspection that I just can’t get enough of.

“Breathing free air once again, you will undo their works. You will make cinders of their cities.” (From “Weapons of Refusal”)

The latest from Spirit Adrift has absolutely (and is absolutely) everything. A very successful build on 2017’s Curse of Conception, Divided By Darkness offers just the right blend of doom and pace. Plenty dense and heavy, end to end, but energetic enough to make it extremely hard to put down listen after listen. And the closing “Way of Return”? I still can’t get those passages out of my head.

“Learn to be unborn, dying to transform. Conditioned to resist, destined to emerge from the abyss.” (From “Angel & Abyss”) 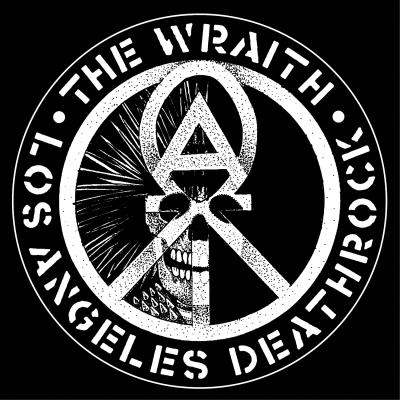 Remember how I said Idle Hands will go down as my favorite discovery of 2019? Well, The Wraith is firmly in that second spot, for many of the same reasons. Gloom Ballet listens exactly as you would hope an album of that name would. It’s lively, energetic, and expansive. Yet, underneath the soaring vocals and fluid guitar passages, there lies a dense, somber energy that I absolutely cannot get enough of.

What more can I, or anyone, say about this record? Its dark, brooding, and heavy. But also offers ferocity and the occasional ambient passages that allow this complex album to evolve in a way few others ever have. Is this where I make a comment about how the conceptual nature of this album is truly multi-dimensional? Yes? Great.

“The soul’s ascent begins again, as the mind merges with the all.” (From “Slave Species of the Gods”)

This was a sneaky one that I didn’t think a ton of at first, but managed to get more and more lost in with every listen. And if you look at the minds at work, it all makes sense. There is a sense of solemn beauty to Pale Sesaon that no other album quite delivered. End to end, it is haunting yet brilliant. I spent many a late night alone with album, in nature and otherwise, and I am confident it will always hold a place in my rotation for certain situations.

“I’ll drink from the rivers that divide us now.” (From “Hound”) 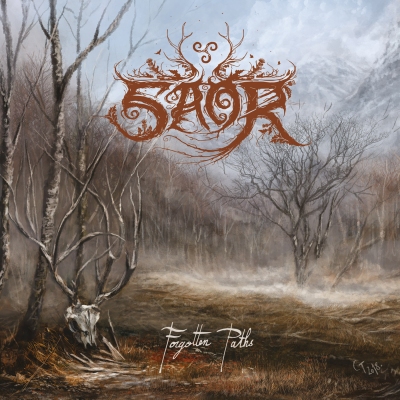 Given how early this record came out in 2019, there was certainly a period of time where it fell off my radar a bit. But, as we should expect at this point, the latest from Andy Marshall is absolutely stunning. It is everything I want out of a Saor album, executed to perfection. This music just takes me to another place and that is something I will always seek out. Side note: seeing Saor’s performance at Fire In The Mountains might go down as the greatest set I’ve ever witnessed. That was experience I could never put into words.

“The friends are all departed, the hearth-stone is black and cold. And sturdy grows the nettle, on the place beloved of old.” (From “Bròn”)

Dark, dense, introspective… atmospheric black metal. Volume III is fulfilling in so many ways, and offers quality throughout. This is my favorite effort yet from the Maine duo.

I still can’t put my finger on exactly what the latest from Vastum does for me. All I know is that it’s heavy, dark, gritty and I can’t get enough of it.

Maybe a step back from 2015’s Söngvar elds og óreiðu, but there is still plenty of evidence that the Icelandic crew are responsible for some of the best black metal in recent years.

This was a very late discovery for me but I thoroughly enjoy the type of technical, progressive metal contained on this debut full-length from the Long Island crew.

Dreams of Quiet Places was a complicated listen for me. Not the most consistent thing end to end, but the high points were very high. I wanted to like it more, but here we are.

The real, better, Batushka. Do I need to say more? I do? Ok. This was a perfect build off of Litourgiya, despite the drama and nonsense surrounding the project.

Honestly, Air never quite hit me, so I only passively checked this out. Here I am a year later and I still can’t get some of these tracks out of my head. Especially “Ideal World.”

Dead To A Dying world – Elegy

While Elegy didn’t resonate with me quite as well as Litany, there is a lot to appreciate in this more punishing yet more concise release.

I lost track of Alcest for a couple of years. That was dumb. Spiritual Instinct is a tremendous record and features everything we would want in an Alcest record in 2019.