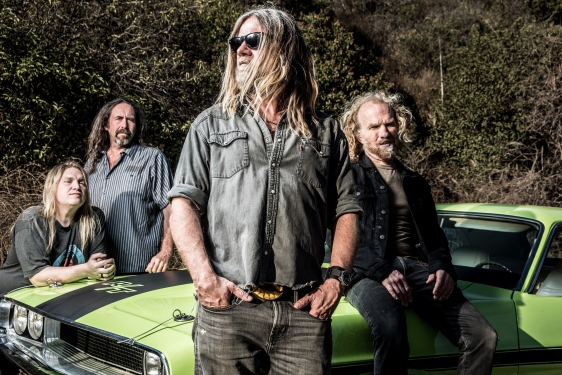 Pretty sure by now everyone is aware of COC’s powerhouse drummer Reed Mullin’s passing. And if not, how about crawling out from under that rock of unknowing. Yep well, I’m a bit sour and out of sorts over this one so pardon me for being candid or loose lipped. See, COC has been a bedrock of my listening habits for many, many years and anytime I had a chance to see them they were like old friends and Reed was always the highlight. Always the brother from another mother. Always the pillar. Anyway, in reflection, I decided the best way to deal would be to put together a 9C ov recounting my favorite COC tracks with Reed on the kit or in the vocals so journey with me through a time capsule of my life and know that COC and of course Reed shared more life events with me over the years than most people have. Music is huge for me but COC is much bigger than just music, hell, they’re the soundtrack that has kept me going. Fly high Reed, love ya brother. 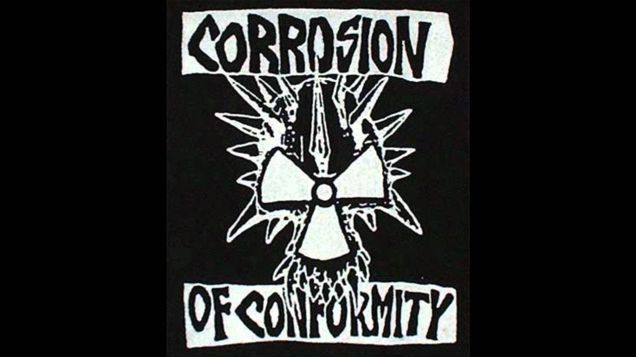 Deliverance was the first album to feature Pepper Keenan, in full, on vocals and the first album to really showcase their penchant for ‘southern metal’ and holy shit was it ever an eye opener. The riffs, the melodies, the gruff stances, and the gentlemanly way they approached rip roaring heavy metal was something I took to heart at the time. Eyehategod had the market share cornered with NOLA swamp sludge and with Deliverance, COC had the market share of straight up southern metal cornered. I could’ve went with any track off this album but “Seven Days” has always been the one I turn to the quickest due to it’s razor sharp riffs and blues drenched percussion and I still turn to it faster than anything else in their discography.

Wiseblood was that album that should’ve eclipsed Deliverance but didn’t. However, it was 13 tracks of all killer and no filler in the strictest of COC style. Of all the tracks on this album “Goodbye Windows” has always stood out for its heavy yet haunting atmosphere. Slow burn builds aplenty and balls out payoffs, this is a quintessential COC track that shines on so many levels and Reed showcases his ability to quickly go from southern delta blues to heavy metal to punk wild ass on a second’s notice.

Blind was that ‘in between’ album that probably shed a few fans from their punk as fuck hardcore days but it was the one that made me take notice. “Damned For All Time” might not be the popular track for you readers but for me it was the perfect stop gap between their vicious beginnings and this new, more melodic sound. “Vote With A Bullet” might be the obvious choice here but “Damned For All Time” features some of the nastiest guitar sounds ever put to tape by the band.

Ok. Stick with me here for those of you who would’ve picked anything other than this jam band style track. Yes it does feature Warren Haynes but it also features some of the slickest songwriting COC ever handled. It has that golden smart ass they’re so famous for but through the melodic choruses and heavy, guitar laden bridges they found a sound they’d never attempted and holy shit did it ever work. I spent waaaay too much time with this album and same for this one song but 20 years later it stands out as a shining beacon in their vast discography. Give it another chance and I bet you’ll feel the same.

Ah yes, the Pepper reunion album they’d been hinting at for so long. I had alot to say about this one upon its release and I stand by every word to this day. But, more than that, I still believe “A Quest To Believe” is the one track the band went out on a limb for. Sure it features their trademark fuzzy riffs and their southern drawl but it also hints at melodies they’d never tried before, off time and strange melodies to be sure but still with that COC stamp. So, it worked and tremendously so.

In 2014 I was still bitter that COC wasn’t technically back but IX stifled that feeling and “The Hanged Man” especially did with its southern swagger around every riff and every vocal line. Reed’s drumming was on point as always and he found ways to force excitement through every fill and high hat tap. No surprise there. But, the magic here is in the fact that their lineage since Pepper joined is intact while their wilder days are front and center. Jams and obtuse riffs aplenty, IX killed it throughout but “The Hanged Man” still speaks to me loud and clear.

This one slipped up on me unaware and that, I’m ashamed to admit. But, it is what it is. Usually a self titled album denotes a new start and at this point in time it kinda was. As a three piece the band was mining their early days while keeping on point with where they’d recently tread and the success it brought. “What We Become” is probably the best example of this with their punk meets blues meets southern as fuck vibe. And, it’s just beautiful. It’s a cornerstone for a band trying to find their way without a mouthpiece and it turned out ok. Hell, it made this list so there’s that.

Now we’re getting down to brass tacks and the feeling of barbed wire across the forehead. Animosity was and is a cornerstone for the band and its punk / hardcore sound. It’s nasty and full of piss and vinegar and totally on the gas for its entirety. Even though I prefer the later sound of the band, I hold dear the sound of these early days. Honestly, I credit this era of COC for my corruption so take that as you will. “Loss For Words” in my opinion is the best track off Animosity and still to this day ends up on more playlists because of its aggressive stance.

Dude, I was 10 when this was released so it was a few years yet before I would actually hear it. Obviously, this is COC at their wildest and most violent as they would ever prove to be. This album painted the time until I found death metal so it’s safe to say that “Broken Will” colored my early metal days through its no-holds-barred no-bullshit approach and metal as hell riffs. The funniest part is, I didn’t realize until somewhere around Deliverance that this was that band, weird right?

Bottom line, in case you missed it, COC has been and still is a cornerstone of my past, present, and will be for my hopefully long future. I’ve been listening to them longer than just about any artist, save for Waylon Jennings of course. So, the untimely passing of Reed Mullin got me thinking about my absolute favorite tracks and I had to get it out just to cope. I hope you find something here you never knew or just a reason to go back and jam while letting the rough side drag. Metal wouldn’t be the same without COC and COC won’t ever be the same without Reed. But, I hope they can find a way to keep making music, Reed wouldn’t want it any other way. To Pepper, Woody, and Mike: keep the fires stoked, Reed would want it that way.