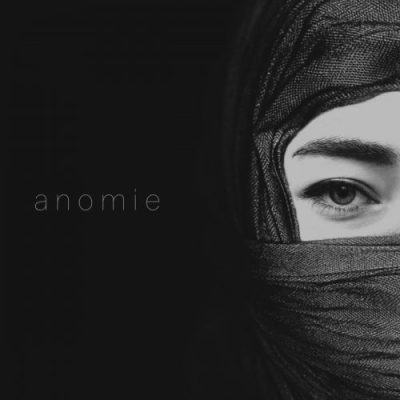 On July 21st, Violet Cold‘s latest full length album Anomie, will be available as a special edition on vinyl and cassette. It is 100% an opportunity worth jumping on, and if you’re familiar with this project and this album, you already understand why. We’ll get into some of the details about all that a bit later. But for now, we would like to celebrate the approaching July 21st date with a stream of the mesmerizing third track on the album titled “Lovegaze”. Check it out below.

I was originally introduced to Violet Cold at the release of Magic Night early in 2016. I found the one-man project stemming from the mind of Emin Guliyev (Baku, Azerbaijan) instantly captivating. The experimental nature of the post-black metal vision proves to be incredibly addicting in an almost introspective way. As you can hear above, those elements remain fully intact on this track, and on this record, with even further development and maturation. It takes “Lovegaze” a couple of minutes to get moving, as it slides along an extended introduction that is highlighted by consistent yet enjoyable instrumental phrases and eventual subtle spoken whispers. Eventually, you can hear that familiar black metal influence once the song takes a bit of a jump around the 2:30 mark. This song clocks in at over eight minutes, so there is plenty of time and space for the sound to evolve and find new directions as it moves along, which it takes full advantage of. It offers plenty and refuses to hold back creatively.

But to retreat back to the beginning a bit and get into the good stuff, this special edition of Anomie is only available through July 21st and in very limited quantities. 25 will be available through Fólkvangr Records and another 25 through Tridroid Records. The limited edition bundle comes with a t-shirt and 2015’s single “Everything You Can Imagine is Real” as a bonus track on side D. Be sure to jump on this quickly, I wouldn’t expect them to last. And of course, don’t forget to stay caught up with all things Violet Cold by way of Facebook.