Sweden has produced many of metal’s outstanding acts over the years and this tradition continues with God Mother who will be releasing their second full length, Vilseledd, on October 20 via Party Smasher Inc. The band’s combination of grind, sludge and hardcore defies easy one word genre classification and is as much at home during spastic flurries of angular dissonance as it is with noisy experimentation. If the band’s debut Maktbehov impressed with its no-holds barred approach, Vilseledd ups the ante with a matured fury that said debut only dreamed of. Ahead of the album’s release we got the chance to ask guitarist Max Lindstrom our set of Profile questions so head inside to see what he had to say and by all means, take a listen while you’re at it. 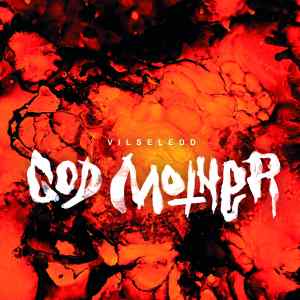 I picked up the guitar when I was 13 years old. Having just quit hockey as I realized I was the worst player in the team it was a way of finding my new identity. I left some friends behind and found new ones connected through music instead of sports. It was the best decision I have ever made.

My goals have gone from being able to play ‘Hey Joe’ by Jimi Hendrix to write my own song, to play my first live show, to play a show to fans instead of family, to get a decent review, to do a tour with one of my biggest idols. What I set out to do is constantly changing and I think if I ever feel that I’ve done everything I will probably quit.

Right now my main focus is to make better songs and to play better shows than before. There’s also a lot of countries I have not been to.

On our tour with The Dillinger Escape Plan, Michael (Dahlstrom, drums) decided to stage dive during one of their songs. However, he got cold feet right before the jump and sort of laid himself on top of the front row crowd. Ben Weinman almost stopped playing mid song and looked back at the rest of us on the side of the stage shaking his head. Ben later told Michael it was probably the worst stage dive he had seen in his entire career.

The weirder subgenres are getting a lot of attention and praise. It gives us hope that we at some point can quit our day jobs without changing the way we write songs.

Feminist profiled band Wolf Down turned out to be everything they advocated against. How a band like that could be around for so long baffles me.

It seems that now everyone has a passion for some cause and that those people are very open about displaying their passions. This is probably a very, very good (and progressive) thing socially. What are some of the most important issues (social/political/humorous/etc .) for you and how do you insert those issues into your music?

We try to be neutral in politics as to not polarize people. However there’s a level where things really makes the blood boil. Things like corrupt politicians, oppression or maybe just all the bad music out there. You can probably find statements for these things in our songs, or maybe you’ll hear what you want to hear.

My dad bought me ‘Kiss: Alive III’ when I was 8 or so. I later found Slipknot and System of a Down which got me into guitar. My parents like metal but don’t understand the screaming.

Try to listen to a record for the music alone, no matter how big or small the band is.

Our goal has always been to spread our music to every corner of the world. Preferably by touring there and to meet new people along the way. I work as a consultant in programming, Daniel (Noring, bass) works in a music store, Michael freelances as a studio and live engineer and Sebastian (Campbell, vocals) is a kindergarten teacher.

When you’re not obsessing over your own material, what are some of your favorite albums to listen to currently?

Summarize your band in exactly one word.

Many thanks to Max for his time!

Vilseledd will be available October 20 on Party Smasher Inc. For more information on God Mother visit their Facebook page.

One thought on “Profile: Max Lindstrom of God Mother”