Dead Empires fans are going to be in for a treat with Designed to Disappear, the bands third full length since forming in 2009. Waiting in Waves and Secret Snakes / Silent Serpents were instrumental atom bombs of progressive metal with a strong lean towards the sludge palette. But with the addition of vocalist Jason Sherman (Torrential Downpour) the band takes on a new persona. And it’s one of a heavier ilk, steeped in hardcore and death metal but with the balls to still be able to pull out a reggae jam (“A Summertime Song”) and pop melodies (“Ergot”). The hues painted with this album are some of the deepest the band has mined to date and they pull it off with an ease befitted of only the most seasoned vets in the game. It is an absolute must to experience the feelings encountered throughout Designed to Disappear and it’s nearly impossible to put it down once you’ve made this journey. Just ahead of the album’s release we had the opportunity to ask DJ Scully our set of Profile questions so head inside to see what he had to say. 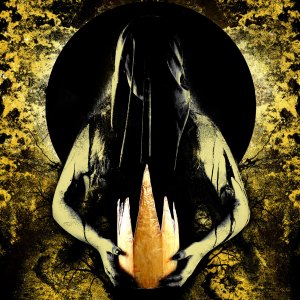 I first got into playing music by being assigned the cello in 4th or 5th grade in school. When I was 12 though, I can very clearly remember helping my dad fix up his yard and we were blasting “Appetite for Destruction” and it was like a switch flipped in me and from then on out I was completely obsessed with music (and specifically Guns n’ Roses for a good decade.)

As far as my/our level of success, I think reality is just so different than your expectations you can’t judge it against what you thought it would be. When you first start playing you think that all the bands you love are sitting on piles of money and playing music and partying. While that’s not exactly how things go down, what I/we have experienced in my bands has exceeded my wildest expectations. If you told me I would play shows in Russia or become close friends with some of my heroes, or even just be able to record albums year after year ten or 12 years ago, my head would probably explode.

I haven’t debased myself too badly for coverage or shows. When I look back at the early days of Dead Empires, a lot of the things we thought were super important are embarrassingly meaningless and the ways we went about trying to achieve them were equally so.

The most embarrassing band-related thing I think I’ve done was the time I got belligerently drunk on stage in NJ. We got stuck on some ridiculously early and insanely long bill and Dragon Ball Z was on at the bar, so I just plopped down and started drinking. I think I actually played the show fine, but my stage banter was super aggressive and dumb and I fell on my ass and broke my cable at one point. I’m lucky I didn’t break something important or say something REALLY dumb. I know there’s video somewhere, so hopefully that stays on whoever has its phone.

The best and worst things in metal in my opinion are always diametrically opposed. For instance, musically I love bands that are pushing the boundaries from a technical aspect like Car Bomb. On the opposite side of the spectrum I can’t wrap my head around bands that are just more or less cover bands. We have all played with these bands where they come out and they sound good, they can play their instruments, but they’re more or less just a Lamb of God tribute act or (way worse) they sound like some undead Nu-metal band. I understand that people have influences and I support wearing them on your sleeve, but why are you in an original band if you’re not pushing for something truly original? I know my bands are not for everyone and that we’ll fail at some point, but at least we’ll fail uniquely. I think that’s a super important tenet in metal – to do your own thing and to do it as hard as you possibly can.

Besides the actual music, metal seems as divided socially along ridiculous political lines as everything else. I don’t think it’s a coincidence that the same butthole commenters that complain about bands or writers being “social justice warriors” are the same ones who ride or die for their local Drowning Pool sound-alike band.

The most important issue to me is that we don’t end up in a nuclear war before we can vote President Jackass out of office. I wear my anti-Trump t-shirts in videos and on stage. Besides that, I think it’s kind of lame to get too wrapped up in the politics of the moment. His term is ultimately fleeting, hopefully our music will be relevant for more than four years.

If you consider Guns n’ Roses metal, my dad was responsible when I was 12. I think they’re more of a rock band though. My first REAL foray into metal, I think, was kinda late compared to my peers. Freshman year of high school (so I was 14) I made friends with this dude Mike Perrone who burned me all kinds of classic CDs from the early Metallica and Slayer stuff up to Heartwork by Carcass. At that point I was locked in my room playing bass CONSTANTLY and driving my family nuts. I don’t think they ever cared a whole lot about the type of music I was into. They were just happy I was playing bass and not smoking and drinking, I think.

To me, the best thing a critic/writer can do is to just know the subject before jumping in. I used to do a podcast back in college and it wasn’t super hard to go on wikipedia, read a few other interviews and find a couple interesting things and get a feel for the person before I interviewed them. When someone talks to me or my bands now it’s easy to identify who puts some time in and who doesn’t. Also, it pays to care… if you don’t care about a band why are you writing about them? I’d rather talk to someone or read someone’s opinion who hates something I’m doing than read some boring thing that’s not on either side of the fence.

With Dead Empires, I think our goal first and foremost is to be ourselves and to share what we do with as many people who enjoy it as possible. Whether that results in world domination remains to be seen, although even I’m kinda skeptical of that. I’d be into starting a cult, but I don’t know if the other guys would be as on board. We all have day jobs – I work for Vigier Guitar, JB works for Darkside Records, Phil teaches and Jason slings pizza.

I love Frontierer’s “Orange Mathematics.” Ever since he died I’ve had Tom Petty’s “Damn the Torpedoes” at the ready. ”The Devil’s Despair” by Cryptodira is fucking awesome. I also recently got SUPER into Genesis’ “Invisible Touch” – that album is really cool.

“Designed to Disappear” comes out 2/23, then we hit the road with Fero Lux mid-March. I assume we’ll go back out in summer to keep pushing this album.

Many thanks to DJ Scully and Dead Empires for their time!

Designed to Disappear will be available February 23 on Silent Pendulum Records. For more information on Dead Empires visit their official website.