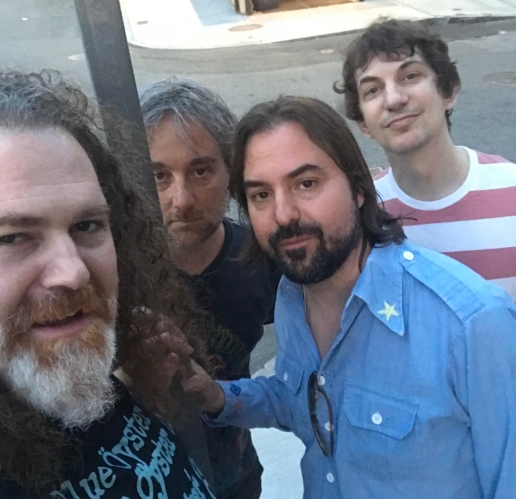 You won’t find blast beats or pinch harmonics or even cookie monster vocals in any of Swilson‘s music but you will find a band that counts Aleister Crowley, Sabbath and Blue Oyster Cult as influences as well as a band that lets it all hang out through good time rock ‘n’ roll with a bent for the dark side. With song titles like “Witchtrial Modern Day” and “Witchcraft 2018” it’s a shoe-in for a must listen. And they back it up with ferocious licks and a serious punk attitude that recalls the days when rock didn’t give a damn if it was a bad influence on the kiddos. Good times, to be sure. Just ahead of the physical version issue of their self-titled album we had the chance to ask guitarist and vocalist Stephen Wilson our set of Profile questions so head inside to see what he had to say and click those links to grab a copy while they’re available. 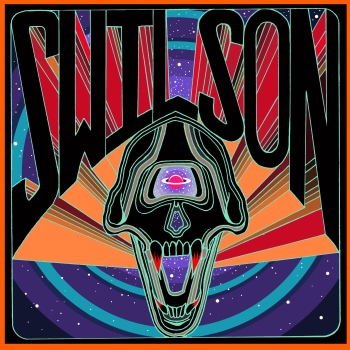 I was a singer in a band called Orgone Energy back around the turn of the century. We didn’t record anything but we played out a lot around the Jersey shore. I started playing guitar and writing songs in 2011. That’s when Swilson was born. Before that I couldn’t play I could only write lyrics. In some ways I’ve achieved way more than I ever hoped for in music. In other ways no, but that’s just because the universe shifted.

The best things happening in metal for me is the respect and appreciation for all the old bands from the late 70’s and early 80’s. All these bands are reforming because there is an audience, some for better some for worse, but you get to see them play. I never thought I’d be at a Cirith Ungol gig!

That’s a difficult question, man.  As far as Swilson music goes it’s the sound of a kinda existential freak out. It’s sort of about how hilarious and horrifying living day to day in a metropolis can be. The absurdity of it all. I think social media has been more negative than positive and has been responsible for what I perceive to be a collective insanity – that’s something I think about a lot.  But it’s still really fun to be alive, right?

I was heavily into Sabbath as a teenager. When I was 14 I went on a road trip with my grandparents and we were at a drug store somewhere in Delaware where they had a bunch of discount tapes. I got Sabotage, Live at Last, Master of Reality, and the first Black Sabbath record all the same day. I remember listening to the tapes on my walkman at the motel and my mind just melting. I guess my family was cool with it because my grandmother paid for the tapes.

Just make sure you spend the time and listen to the music before you start writing about it. I feel like I can tell when a journalist hasn’t spent much time with the recording…oh, and try not to lean on comparisons to other bands too much. It’s almost impossible to avoid but it drives me nuts when I read reviews that are heavy with “Like Alice Cooper meets the Carpenters” type stuff….

Swilson is already a cult. The goal for the band is to have a good time all the time. I think some famous heavy metal drummer might have said that.

The record is coming out end of this month. Maybe already out by the time you read this! We should be playing some shows near you if you live in the New York metro area.

Summarize your band in exactly one word. (Disclosure: If you include additional words, we will select our favorite for the final publication)

Many thanks to Stephen for his time!

Swilson is available now on digital format and will be available October 26 on vinyl format via Vanishing Point Records and cassette format via Fuzzy Warbles. For more information on Swilson, visit their Facebook page.

One thought on “Profile: Stephen Wilson of Infernal Rockers Swilson”