Receiving the Evcharist is our weekly feature where we pair choice albums with our favorite libations.  Drink from the cup of heresy. This week’s offering: Hvile I Kaos’ Black Morning, Winter Green and Franziskaner Weissebier.

I’m going to continue last week’s theme of bringing you the most interesting music from my local area by introducing you to something very different than our usual fare here.  Hvile I Kaos play what they refer to as ‘Black Ritual Chamber Musick,’ blurring the lines between neo-classical and black metal by taking common musical motifs from the latter and transposing them onto cello-driven chamber orchestra compositions of the former.  The act’s newest EP, Black Morning, Winter Green, is a three-part suite that features everything from a rock-influenced, wailing solo played on cello to tremolo passages you can practically feel the blast beats under (even if there are no drums on this album), while also showcasing the more traditionally classical moments of dramatic, somber melody that makes cello one of my favorite instruments to listen to.  It’s endlessly fascinating to me to hear the tropes of black metal in something as unexpected as classical music, and yet this is what makes Black Morning, Winter Green really shine for me.  By decontextualizing black metal, Hvile I Kaos have managed to strip away all pretense and get at the heart of what makes black metal truly a special genre of music for me.  This music isn’t just black metal because it ticks the boxes that black metal ‘should,’ it’s black metal because it feels like black metal.  It burns with the same fervor, it evokes the same sense of devotion and awe, the same somber lows and victorious highs as the best of the genre would.  Black Morning, Winter Green is brilliantly subversive, and a unique piece among modern black metal. 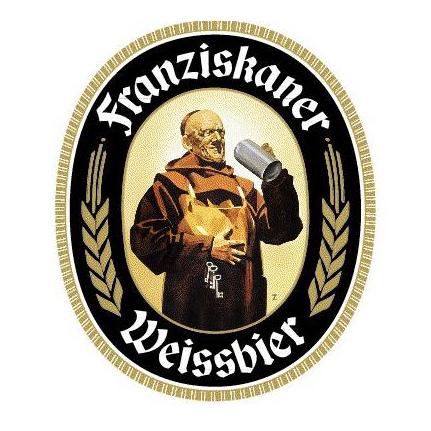 We went a little unorthodox with our musical pick this week, so tonight our beer is going to be something very traditional to bring balance back.  Franziskaner Weissebier (correct spelling, look it up) is a classic ale imported from Munich and brewed according to the Bavarian Purity Laws.  When something isn’t broke, you don’t have to fix it, and the Purity Laws have ensured that this Weissebier has stayed untampered with for hundreds of years for good reason.  This is a rich, golden ale that hits with the classic yeasty notes of bubblegum and fruit, with a pleasing sour note to offset the sweetness of the initial sip.  Franziskaner is a very utilitarian beer, one that can be enjoyed on its own or paired with any number of foods, one that has enough character to stand on its own but will please people who might be less interested in the more outrageous flavors of craft beers.