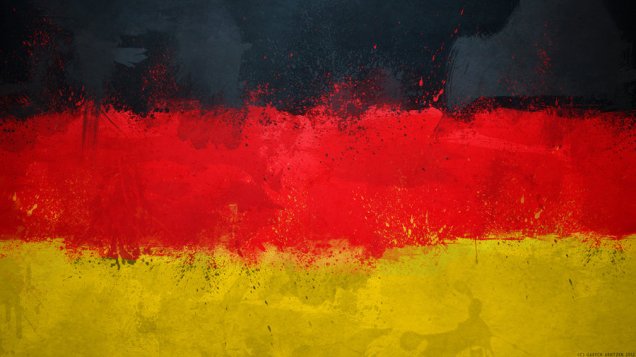 And what a year for Germany it has been. And I’m referring, of course, to metal. One after another, week after week, we find ourselves discussing another impressive release out of the central European nation. And we’re covering all metal genres: black, death, power, doom… you name it. For a country that has previously been accused of not producing enough extreme metal, 2015 has proven otherwise. In fact, nine spots isn’t nearly enough to cover all the bands worth mentioning from this year alone. Fortunately, Manny-O-War and I are on it. He shared his favorite metal exports from Germany last week. This time… it’s my turn. Let’s roll on.

There was clearly no other way for me to start this list. When you’re discussing 2015 metal from Germany, you have the start with Der Weg einer Freiheit. Through a rather emotional take on black metal, Stellar has projected to the top of my list for this year. Here’s a full review.

Melodic blackened death metal out of Munich that completely captivated me at the beginning of this year. Fast-paced and heavy, with just the right amount of melody, this album will also end up being discussed at the end of the year. Also, they’re playing MDF 2016. Here’s the review.

Valborg certainly takes things in a different direction in their creation of a very progressive form of melodic doom metal. Romantik was one of my favorites from Q2 and I still listen to it regularly at this point in the year. Beautiful in its sorrow, it can be read about in full here.

Blind Guardian – Beyond the Red Mirror

Everyone knows about Blind Guardian. Almost everyone loves them. Beyond the Red Mirror wasn’t the best from the German power metal group, but it was still very, very good. I’ll be seeing them on Halloween, which is going to be awesome. Here’s our review.

The complex, and rather jarring, take on black metal featured on Niederkunfft is one that has resonated with me over the course of the year. It takes a listen or two to fully appreciate the depth of sound created here, but it’s absolutely worth the time. Here are my full thoughts.

Fine. Technically this EP was a split with Mono. I don’t care. The Ocean is The Ocean and any new music is cause for celebration. Easily my favorite progressive metal band going, they gave us another reason to respect them with their impressive “The Quiet Observer” on this split. We’ll be discussing this one on the upcoming Podcast episode.

This folk metal band gets a slot on here partly because of their impressive performance at Wacken last year. Their fifth full length is an impressive one, covering a wide range stylistic elements that allows their brand of folk metal to be particularly interesting.

You may recognize this band under their previous title, Geïst. This black metal group out of northern Germany has released its best work to date with Bannstein. It is a creative, yet organized, album that will leave a lasting impression. Here’s the full review.

This is an album that has slowly grown on me as the months have gone by. It’s an aggressive take on death metal, but one that never fails to explore the many stylistic influences on the genre. Melodic, raw, and technical quality throughout, this was an early-2015 release that has proven to be a grower. Here’s the review.