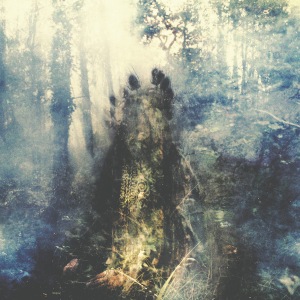 For this edition of Rainbows In the Dark we are taking a look at Norway’s Sylvaine and her second full length Wistful. A stunningly beautiful album that proves itself darker than her debut. However, the sparse chaotic passages only serve to broaden the overall feel of yearning throughout. But each listener will have a different experience depending on their own emotional state at the time. @MannyOWar said in his recent profile of the artist (here), the album is a ‘deeper and more articulate balance between the dark and the light’. Indeed, it is an exceptional balance but one thing that hasn’t changed is the elegance in Sylvaine’s voice, whether light and ghostly or bitterly black metal, her voice is truly the instrument that anchors the entire album.

Wistful by definition is; full of yearning or desire tinged with melancholy. And simply taking this album in that specific context it has been titled perfectly. The long lingering guitar tones and angelic vocals in the title track hint at this. As well the subdued post rock drenched melodies of “Like A Moth To A Flame”. But here, Sylvaine’s extremely delicate voice plays on the song title as she floats in and out of the ether, dancing ever so close to the light touch of guitar and drums.

Neige from Alcest steps in for percussion duties and on “Earthbound” his influence is unmistakeable. The slightly more uptempo pacing combined with the turbulence of Sylvaine’s black metal howls are the perfect mix of Shelter and Les Voyages de l’âme yet are no copycat of either. The mix of harsh and soft is stunning and further shows the extreme talent and deep musical taste that Sylvaine possesses. It’s obvious she has a wide musical base but — lucky for us — she also has a taste for black metal and when she chooses to use it the results are astounding and jarring at the same time.

We’ve touched on this before but music is such a powerful thing and with any music nut, no matter listening preferences, it truly is the soundtrack to life. Through trials, tribulations, happiness, utter sadness, or longing for something or someone music can be cathartic and can help get you through anything. But also to cope with even the worst life has to offer. I am one such person, music has been a part of literally every aspect of my life and to merely call it a soundtrack would be an understatement. In saying all that there are certain albums you can hear that early on you just know will become a part of your life. This album, as a whole, is one such album.

But even in recognizing this to be one of those albums, nothing could prepare me for the power of “Saudade”. The gently rolling percussion, patient guitar strokes, and sorrowful vocal delivery instantly called to mind a time of dealing with an immense loss. It was someone that made a huge impact on me, molded me into who I am, and was there for me no matter what. This was three years ago and I’ve somewhat come to terms with it but the heavenly, graceful delivery of the vocals and powerful yet patient song structure brought it all back to the surface. However, the beauty in all of this is, there was no sadness nor anger in the memory and longing for this person, rather with each listen I could only remember the good times and good memories. As I consistently replayed the track over and over it dawned on me at how I’m passing this person’s life lessons on to my own child without even thinking about it or trying to for that matter. I may have strayed off topic a bit here but as strong of an impression this song has made on me I couldn’t do it justice without telling the story. And really what is music without a story, it’s directly tied to life and I want you, the reader, to understand the power this artist, song, and furthermore album has. 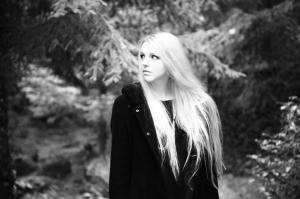 On Wistful, Sylvaine has cemented a spot right beside the powerhouses in gazy, tumultuous, and melancholy music. Her voice is truly a beacon in the darkness and as young as she is she has a limitless future. Good albums come and go but to truly have staying power there has to be something special and unique, something that grabs ahold and refuses to let go. Wistful is all that and then some.

Wistful is available now on Season of Mist. For more information on Sylvaine visit her official website.

7 thoughts on “Rainbows In the Dark: Sylvaine – “Wistful””