It started about two years ago, and I have our Fearless Editor Josh to blame.  For Christmas I received a flat, square cardboard box containing a creamy white edition of the self titled album from Succumb.  I didn’t have a turntable…yet.

Two years later and I have a hefty collection spanning a plethora of genres, largely thanks my inability to stop my subscription to VNYL, a curated record subscription service.  Every month I get three albums created to my tastes based on my listening history on Spotify as well as my Discogs collection.  It can be hit or miss, particularly with their metal selections, but every time I start to pick up the phone to cancel another batch comes in with a surprise that makes me think, “Damn…maybe I should hold off another month.”   So for this edition of Nine Circles ov…let’s dive into nine curated metal selections sent to me and see if they’re truly reflective of my listening tastes.

As always, let’s do this.

The second album from All Pigs Must Die continues the full-throttle speed attack of hardcore and blackened death, singed with the black breath that comes from any Kurt Ballou/Godcity production.  Nothing Violates This Nature for the most part goes in one direction as fast as possible, but when it changes up for more doom laden material like “Primitive Fear” the sludge in the production hits a real sweet spot and makes this record more than a monotone pummeling.

Verdict:  definitely hits a sweet spot for me when I’m in the mood. 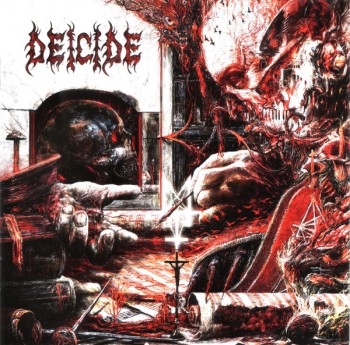 Over the course of its existence death metal has evolved and devolved multiple times, but for 33+ years Deicide keeps on keeping on, delivering album after album of guitar-driven US death metal.  I don’t know that Overtures of Blasphemy does much to change the formula Glen Benton and Steve Asheim created on their self titled debut, but the integration of Kevin Quirion and Mark English on guitars keep the solos tight and the riffing razor sharp.   If I have a complaint it’s that I’ve never been a fan of Jason Suecof’s production, which tends to leave things sounding very narrow and compressed, which in turn makes the songs come across as monotonous and interchangeable.  But songs like “Excommunicated” have a cool, Slayer vibe that breaks the sea of conformity just enough to make me not want to completely dismiss things.

Verdict: meh…I would never have bought this for myself, but it’s good enough to throw on when I want some metal in the background when I’m working and don’t want to be disturbed. 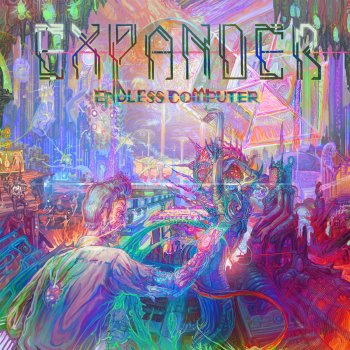 We’ve talked about Expander a few times on this site…heck, it made Dan’s 2017 End of Year list.  This was an example of getting something I was already familiar with, which provided me the opportunity to see if anything had changed since I last turned it on.  Nope: Endless Computer is still a great crossover thrash alien with curves and angles that recall early Voivod without aping their style.  “War Terminal (The Front Line)” is a killer track, primitive punk and futuristic thrash at war with each other, with vicious vocals courtesy of General Ham, a name I secretly envy when I’m alone.

Verdict: Yeah…this will work just fine.  Speaks simultaneously to my 80s upbringing and my love of modern metal.

I think the most incredible thing about receiving The Third Eye Gate from VNYL wasn’t that they’re sending me some straight up black metal; it was that Nuclear War Now! Productions shelled out a nice deluxe colored vinyl complete with a poster and a patch for a band I knew literally nothing about.  Gnosis cater in a very specific old school style of black metal – mixing Varathron and Mystifier together for something swampy and evil but clear enough you can actually get a sense of what’s going on.  It does it thing well enough, but in an ocean of bands doing the same thing it’s not really enough to stand out.  Bad?  Not at all: the band keeps their songs tight and structured, and there’s fun to be had banging your head to tracks like “Cult of the Sea Serpent.” But overall you may forger it soon after listening, which is pretty much what I did.

Verdict: meh…I know what they were going for here, but as I’ve gotten older I’ve become more particular about my black metal.  E for effort, I guess?

This is precisely why  I don’t fear a robot uprising.  As long as computers and algorithms think something along the lines of Like a Storm is what I’m looking for in “metal” they can never truly win.  I can see what the New Zealand band is trying for on Catacombs, and despite not being into it, I’m okay with it.  Look, people like this stuff, and I’m not going to bag on a band shooting for (and missing) what made bands like Stabbing Westward and, well…Stabbing Westward work (seriously, I love “Save Yourself”), but I can’t say this is something I can personally get behind. 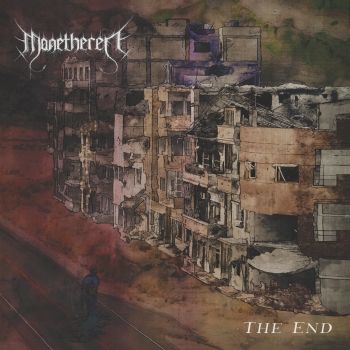 My first exposure to Manetheren was a surprise: I ordered a random CD box from Debemur Morti Productions and got the band’s 2012 album Time.  I dug it, and vowed to remember them if they ever released anything else.  I forgot (of course), but VNYL reminded me by sending The End, the band’s 2017 full length.  Atmospheric and dense compositionally, it takes a while to break through tracks like “The Sun That Bled” and “When All is Still, There is Nothing” but it’s worth it to hear themes creep up across different songs, and the expansive way the band uses open riffing and time changes to keep the album moving.

Verdict: Nailed it.  A lot to chew on, and great to sit and fall into with the great artwork in your hands.

Sure, it’s less than 20 minutes long and only really constitutes about a side on a record, but Putrid Decimation, the debut EP by Necrosic knows exactly what it’s doing.  And that is pulling your entrails out via savage death metal a la Autopsy.  Which makes sense considering this is coming from Eric Cutler, guitarist for Autopsy.  So you should know what you’re getting into: this is a veritable feast of killer riffs straight out of the pit of classic death metal.  The marching chug of “Spawn of Radiation” recalls all the reason I feel in love with the genre to begin with.  Four songs isn’t enough…we need a full album of this stuff.

Verdict:  Hells yeah.  It may be short, but it exactly what I love about death metal.  Bring it, and bring more of it.

I never listened to Suicide Silence before i got this record.  I think The Black Crown is again a case of perfectly executed and successful in what it wants to do, but that thing it wants to do is just not for me.  I can admire the guitars and the production on a song like “You Only Live Once” but nothing in the brutal breakdowns or pinched harmonics really speak to me.  And you know what?  That’s perfectly fine.  In fact, listening to the record again today it actually sounds pretty damn good.  There’s some body moving moments on opener “Slaves to Substance” and I’m not immediately reaching for the tonearm.  You all like this music?  Let me know.

Verdict:  It’s fine.  Not sure how often I’ll reach for it, as I prefer my metal a little more organic and groovy, but there’s some solid stuff here.  Makes sense they’d send it my way.

I didn’t know what to expect with Xibalba, but the morass of Morbid Angel and hardcore come together pretty well when the band fires through some aggression on Tierra y Libertad.  There are a few moments where the momentum falters a bit: I get the pause that “Pausa” provides but it serves little purpose, particularly on vinyl where the act of  changing the side provides the same respite.  Likewise the mammoth doom drenched closer “El Vacio” which lumbers without quite knowing where to go for its close to 13-minute runtime.  Far from a genre purist, I admire what the band is mixing here for the most part, especially when they get down to dirty business on the title track.

Verdict:  I can move with this.  Glad to know a band I’ll be on the lookout for when they drop their new one Años En Fiero next month.

Definitely more hit than miss, and I didn’t mention the albums I flat out love that have come as surprises, like the latest albums from Big|Brave, The Wraith, and Jesus Piece, not to mention classics from Suicidal Tendencies, Prong, Touche Amore, and the remaster of Master of Puppets which is what spurred me on to continue with the service.

And as a service VNYL still has me.  It’s been over a year and despite some massive bummers the surprises I received have made the service something to look forward to each month.  It’s kicked my love of music into a new gear, and while I’m never going to sit here and tell you vinyl is better than digital (each have their place), its been a thrill getting back that sense of adventure when the needle drops and you fall back, that awesome cover art almost larger than life…

Until next time, keep it heavy.