Look, let’s cut to the chase: if you grew up in a certain time period, it was impossible to get away from the spandex, the hairspray, the fishnet and the misogynistic lyrics. Glam and hair “metal” ruled MTV, ruled rock radio, and ruled the fashions of teenagers everywhere. It also served as a gateway for thousands of kids that would later move into deeper and darker waters. So congratulations if you only listened to “cool” music as a kid – you were either born much later than I was (early 70s), or you were one of the burnouts behind the gym smoking and listening to Slayer. In both cases congratulations: you’ll probably live longer than me in the one instance, and in the other know I secretly coveted your cool shirts and was enthralled by the music, though it’d be a few years before I bought it.

For this edition of Nine Circles ov… I tried to stay away from obvious answers and obvious classics. So you won’t see Mötley Crüe’s Too Fast For Love or Twisted Sister’s Under the Blade (feel free to fight me on those). You won’t see glammed up 80s entries from bands who rocked hard in the 70s like Scorpions and Kiss. And you certainly won’t see all the great speed and thrash bands that still kill to this day. I went under the bed and pulled out the shoebox of cassettes, dusted them off with my tiger striped bandanna and found a few gems that resonate with me 30 years later. So raise a lighter and let’s have some fun.

Tesla – Mechanical Resonance:  Hard driving working class four-to-the-floor rock that references both Nikola Tesla and CCR? Yes, please. One of the best hard rock debuts of the 80s, Mechanical Resonance fired on all cylinders: from upbeat rockers like “Gettin’ Better” and “Cumin’ Atcha Live” to the mournful “We’re No Good Together” and the sublime “Changes” the five-piece combo from Sacramento barely take a misstep (except for some truly awful lyrics on “Rock Me to the Top”) and when it all clicks, you get a classic like “Modern Day Cowboy” that’s just as great as the day it was released. 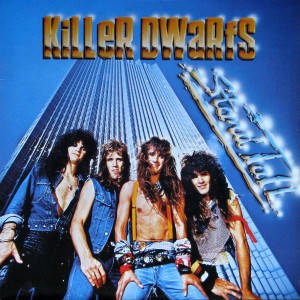 Killer Dwarfs – Stand Tall: I’ll go on record as saying this Canadian band’s 1983 debut is a stone cold classic up there with Too Fast For Love and Under the Blade, but it was 1986’s Stand Tall, and specifically the video for “Keep the Spirit Alive” that I heard first and made me a fan. Tongue-in-cheek humor capped with bluesy rock guitars and Russ Graham’s distinct voice made Killer Dwarfs stand out in a pack of homogenized rock clones. They went a little too glam with their 1988 follow-up Big Deal, but Stand Tall remains a feel-good hard rocking classic, especially on tracks like “Human Survival” and the aforementioned “Keep the Spirit Alive.” 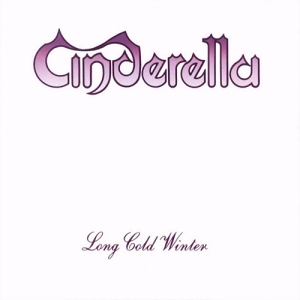 Cinderella – Long Cold Winter:  Put me in the camp that didn’t care at all for Cinderella’s debut Night Songs. It would take another two years and a renewed emphasis on the blues over the glam before my head would spin, and Long Cold Winter’s opener “Bad Seamstress Blues/Fallin’ Apart at the Seams” spun it indeed, a biting blues stomp with little regard for what was moving units at the time. Forget the omnipresence of prom favorite “Don’t Know What You Got (Til It’s Gone);” tracks like “Gypsy Road” and the title track, a slow blues drenched in keyboard and solos reveal the hidden strengths of the band. Tom Kiefer’s voice and guitar is perfect front to back, and so is Long Cold Winter.

KIX – KIX:  Their hair was a lot higher by the time of 1987’s Blow My Fuse, but Kix’s 1980 self titled debut is a punk boogie explosion that recalls late era punk bands like 999 and Radio Birdman as well as more obvious touch points like Slade. “Atomic Bombs” opens with an air raid siren and kicks off a fun set of mid-paced rockers that never take themselves too seriously — when you’re named after a breakfast cereal of course you have a song called “Kix Are For Kids.” “Love At First Sight” has cowbell and your requisite Chuck Berry riff, so basically everything you need for a good rocking time. 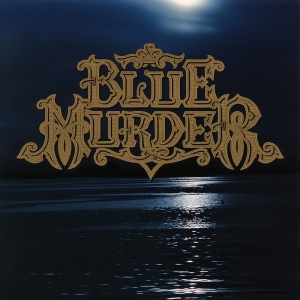 Blue Murder – Blue Murder:  John Sykes was arguably the driving force behind Whitesnake’s biggest album, having co-wrote the majority of the songs as well as laying down guitar.  After leaving Whitesnake, Geffen essentially gave Sykes a deal to do whatever he wanted and the result (after multiple personnel changes) is a polished hard rocker with drummer Carmine Appice and bassist Tony Franklin. Listening to Blue Murder it’s easy to envision this being the follow-up to Whitesnake’s self titled powerhouse, but Sykes adds small flourishes to tracks like “Sex Child”that the smothered in reverb overproduction can’t hide. Epic tracks like “Valley of the Kings” and “Ptolemy” assured this wouldn’t be the moneymaker Geffen were hoping for, but it still made for a hell of an album back in 1989.

Lillian Axe – Love +War:  Love + War is the soundtrack to a a 16 year old life in the middle of rural New York State. He had glasses and a terrible stutter and no self confidence (that came at 17 with a haircut) and not a lot of money due to a deadbeat dad so he would spend evenings in the basement blasting this album and singing it to himself in a mirror while playing an old tennis racket like a guitar, trying to convince himself he had something to offer a girl, or anyone for that matter.  I have no objective compass when it comes to this record. 30+ later I can see the cracks on tracks like “She Likes It On Top” and “My Number” (dear lord those lyrics) but the guitars still sound amazing, and “The World Stopped Turning” to this day chokes me with nostalgia, so take it, grains of salt and all.  I’ll never not love this record.

Triumph – Surveillance:  Triumph is a bit of a cheat; they’ve been around since the 70s pumping out great hard rock classics like Just a Game and Allied Forces. Huge in Canada (but always second fiddle to some obscure Canadian power trio called Rush), it took a brush with the mainstream on 1986’s The Sport of Kings and the single “Somebody’s Out There” to get them any airplay in the States. They’re probably the least glam band on this list (Mike Levine had a mustache – automatic glam disqualification), but they’re one of my favorites bands from that era, and Surveillance, their final album with guitarist/co-lead vocalist Rik Emmett is an incredible return to their hard rock roots. The crunch of riffs on “Never Say Never” and “Headed for Nowhere” are stellar, and Emmett’s vocals soar on every track he sings. Surveillance is a triumph (ha!) in the band’s discography and a great capper to a career (we shall never talk about 1993’s Edge of Excess..never!). 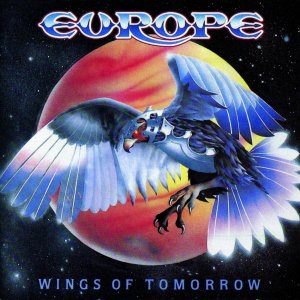 Europe – Wings of Tomorrow:  We all need to take the taste of The Final Countdown out of our mouths. Those keyboards haunt my dreams — my wife and I came out to that riff at our wedding reception (we had no choice in the matter, I assure you). That album and its AOR hits are so recognizable you’d be forgiven for thinking nothing came before it, but in fact Europe had already released two independent records, and 1984’s Wings of Tomorrow is the faster, hard rocking brother you never heard about. It’s still the same band, so if you don’t like Joey Tempest’s dramatic vocals I don’t know if this will change your mind, but tracks like “Scream of Anger” and “Stormwind” rage as only an 80s Swedish band on the cusp of mega-stardom can. You even get a instrumental in “Aphasia” with an epic quality imitated and expanded by later power metal bands. The title track rocks harder than almost anything they’d do later, so toss your disdain in the trash and ride, ride ride the Wings of Tomorrow (to change the world!).

Loudness – Thunder in the East:  Oh, man…if you have not seen the video for “Crazy Nights” stop what you’re doing and check it out. This is the hard rock/heavy metal experience filtered through the eyes and ears of another culture and it is amazing. Loudness absorbed the western metal experience and created something unique: a fast, hard rocking unit with blistering chops and theatricality. “Crazy Nights” might be the single, but tracks like “The Lines are Down” and “Like Hell” border on thrash thanks to guitarist Akira Takasaki who slays on every track. Just listening to the album it’s hard to put this in the glam/hair category, but every time I check out that video I just crack up, so here it sits as the final entry.

Spending time with these songs again  just served to reinforce something I’ve always held firm to: never apologize for what you love, and never love anything ironically. It was listening to music like this, and bands like Def Leppard, Ratt, Dokken, Tora Tora, and dozens more that turned my head to Metallica, Megadeth, Slayer and further down the line Darkthrone, Emperor, and others. The 80s set a standard for unabashed fun you don’t see that much anymore, and truth be told, I miss it.

So until the inevitable Part II of this series (bet your life on it), get out your Aqua-net, find your old mic scarves, and tell me below what I missed.

Almost everything (except Stand Tall and Love + War) can be found on the majority of streaming platforms. In the meantime, there’s always YouTube…