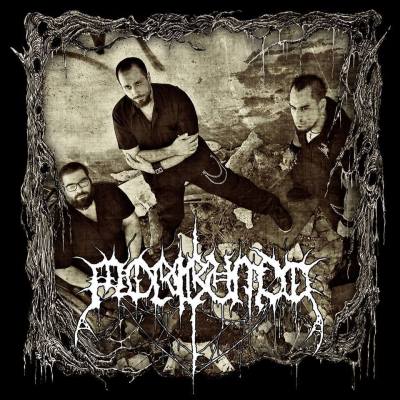 Despite only recently discovering Moribundo, I couldn’t be more excited to share a shiny new track from their upcoming album Raíz Amarga, set to drop on June 18th. Perhaps shiny isn’t the appropriate word… but we’ll get to that a bit more later. When it comes to death/doom metal, few things have impressed me more in recent years than what I’ve heard from this album. Today, the second track of Raíz Amarga, “Antitesis“, is available to stream below. Just prepare yourselves a bit beforehand.
Formed in 2014 in Spain behind a collective of musical minds in the local underground metal scene, Moribundo (translates to “Dying” in Spanish) offer a style of death metal that is as enchanting as it is horrifying. Best considered a fusion of funeral doom and death metal, Moribundo implement a dynamic range of sounds within this musical spectrum that allows them to create an energy of despair and darkness through deliberate, organized song structures. What we have for you today, the nearly nine minute long “Antitesis” (directly below), should give you a sense of exactly what I mean.

It’s certainly lengthy, but the composition is masterful. The intricacies of the instrumental work (specifically the meandering guitar passages and bipolar percussion) shine through the song’s overall density and the echoing, guttural vocals. Beyond all that, there are enough symphonic undertones to keep you locked into the sorrowful emotional roller coaster this track takes you on. Broadening the spectrum a bit, this album features four tracks, each based on a poem about — you guessed it —  death and despair. As an individual track, this is awesome stuff. But as an album, well, it all comes together in even more impressive fashion. But you’ll have to wait on that a couple more days. 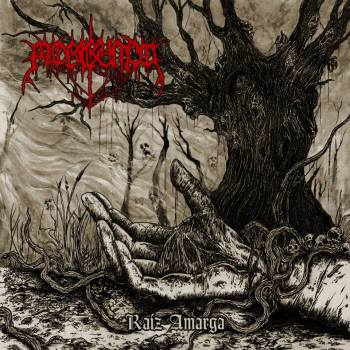 For now, get immersed in the burden that is “Antitesis”. For fans of death and doom, this is a tremendous complement of sounds that is sure to strike a chord with any fan of these genres. To circle back, Raíz Amarga will be out on June 18th by way of Satanath Records, and can be preordered here. Otherwise, be sure to keep up with Moribundo through their official Facebook page for all updates and events.