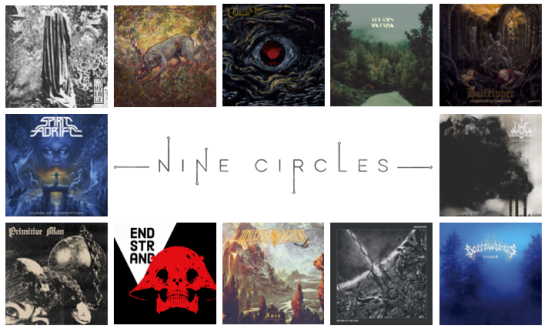 2017 turned out to be a strange year for me musically.  In my first full year writing for Nine Circles I had the opportunity to explore different genres and bands I never would have discovered on my own, and taking in so much music (even when I didn’t want to, in all honesty) not only broadened my horizons and (hopefully) improved my critical thinking on music, but also helped me to understand better what it was I needed from music.

Next week I’ll be unveiling my personal Top 25 albums for 2017, along with a second post of 15 honorable mentions.  But there was so much that impacted me, and so for this final 2017 edition of Nine Circles ov… I wanted to give out a few of my own personal awards to some bands and albums that left their marks on me.  So without further ado, let’s dive in… 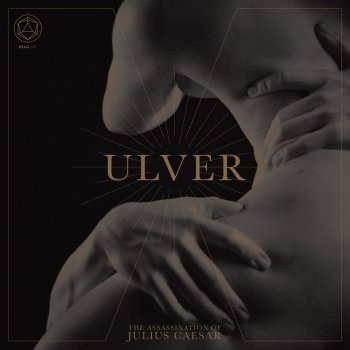 Full disclosure: this is also my favorite release of 2017, period.  Now normally that would mean you’d see this at #1 on my list for the end of the year, but I decided to keep the primary list as metal as possible (I laughed just writing that sentence), and it gives me the chance to extol the virtues of Ulver’s most recent full-length right at the top.  The Assassination of Julius Caesar beautifully captures the crossroads of Depeche Mode, Sisters of Mercy, and the dark gothic electronics of today’s best artists.  Garm’s vocals are needle-sharp; in my mid-year report I commented on how I barely acknowledged the actual words, his tone and melodic sense overwhelming me.  That hasn’t changed six months later, and coupled with the just released Sic Transit Gloria Mundi EP Ulver have captured 2017.

Metal Song(s) of the Year 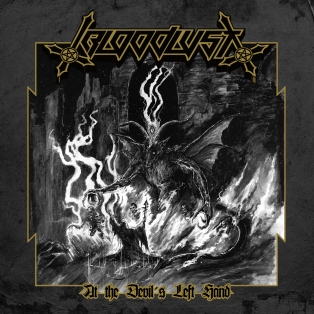 2017 marked the return of Couch Slut, and any question of Contempt suffering from a sophomore slump was immediately laid to rest when the first blast of “Funeral Dyke” blasted out of the speakers. Even better, the real star of the song is the music, rising up over Megan Osztrosits’s anguished screams to roil in the murk of noise, hardcore, and even melody as it frames the chaos and (barely) keeps it from bursting.

On the other side of the world music-wise Bloodlust’s At the Devil’s Left Hand is a blazing dose of thrash and speed, metal suitably blackened.  The entire album is a head slamming joy that borders on the ridiculous, but nowhere does it tip nearly as far into the abyss as it does on “Witchfyre” with its awesome chorus.  “Which fire?”  “WITCHFYRE!”

Sure, maybe Buckethead is more prolific, but no-one had the year King Gizzard and the Lizard Wizard had when it comes to output.  Promising five full albums in 2017 we’re only awaiting the fifth, and each album released so far, from the experimental boogie of Flying Microtonal Banana (covered here) to the more metal SF concept album Murder of the Universe, from the slow jazz collaboration Sketches of Brunswick East to the WTF?! released for free vinyl, CD and digital masters for Polygodwanaland, everything put out by this Australian collective has been roaring success for me.  And with less than three weeks until the end of year rumors abound they’re on track for album #5… 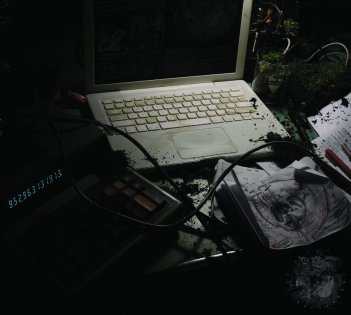 I only recently reviewed Retrocausal (or Retro-CASUAL as I continuously misspelled it – thanks Josh!) but Cleric’s aggressive, rapid-fire mix of styles and brutal technicality kept me on the edge of my seat.  After posting it one of the comments I saw online was that some folks wished it were instrumental.  Which was weird, because until that moment I completely forgot it wasn’t.  Nick Shellenberger’s vocals act more like an instrument working in tandem with the rest of the band than a focal point, and this comment only made me more eager to dive back in and and see if I agreed.  And the fact that I keep coming back to Retrocausal only reinforces the myriad of ideas and intricacies I have yet to unravel.

There was a veritable shit-ton of technical death metal released in 2017.  And a surprising amount of it was pretty damn good.  But nothing came close to the insanity of Archspire’s third album.  Relentless Mutation is oftentimes baffling, the vocals and lyrics bordering on hysterical.  But HOLY CRAP the music on this thing is a beast, and it’s there that I would often laugh out loud at a particularly dextrous guitar or bass lick – opening track “Involuntary Doppelgänger” is full of them.  There’s not a not-insane moment on the album, and the fact that Archspire made my jaw drop the entire time in the best possible way more than justifies this wholly made up award.  I could go on, but I’m about to pass out listening to the vocal antics on “Human Murmuration” one more time. 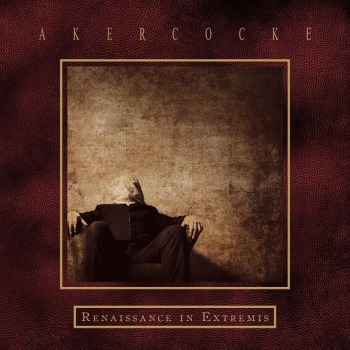 With Morbid Angel dropping a more than serviceable album for the first time in seemingly forever it’s easy to forget that Akercocke, the bespoke death metal titans, returned after decade with the fantastic Renaissance in Extremis.  Furthering the progressive elements they pursued on previous albums Antichrist and Words That Go Unspoken, Deeds That Go Undone, the band’s focus and songwriting chops are razor sharp.  Whether they’re moving in and out of gears on “Disappear” or moving full throttle on “Unbound By Sin” there’s a deadly edge to the songs.  Jason Mendonça’s vocals are as guttural as ever, and his cleans are even better.  I know there are folks out there who wish Akercocke would just stick to the brutality of the earlier albums, but for me each album has gotten better and better, and after 10 years Renaissance in Extremis is proof they’re sharp as ever.

Was there really any doubt?  One of the greatest metal albums of all time gets the royal treatment, and honestly: it never sounded better.  Is it overkill?  Yeah, maybe.  Were there other great reissues out this year?  Definitely – if you haven’t picked up the (significantly cheaper) Voivod or Celtic Frost reissues do yourself a favor and run: they’re fantastic.  But when you look at the sheer volume of what Metallica have done with Master of Puppets (and Ride the Lightning, and Kill ‘Em All before that) there was never really a choice.

A large part of music in 2017 for me was escape, moving away from the stresses brought about from life or work, and oftentimes retreating into the music of my youth.  Moonlight Desires managed to fit the bill perfectly in both scenarios: not only by covering – as evidenced by the album’s title – Just the Hits: 1981-1985, but by covering them in a glimmering sheen of melodic hard rock that brought out the pop essence of each tune which simultaneously righteously rocking out.  The album may have come out in September, but every time I put it on it was the summer of 1984 all over again.  I dare you not to grin from ear to ear on any of these tracks.

The “Brotherhood of Music” Award

If there was a single thing that excited me the most in 2017, it was finding like-minded individuals whose need for creative expression matched my own, not only in direction but in execution.  As the social media landscape crumbled into incoherent shouting about anything and everything, finding people who not only shared the same passion for DIY music creation but also the measured introspection to discuss music critically but without personal judgement was a godsend as I got my own album off the ground.

Qoheleth find a common line in religious philosophy and neanderthal heavy noise rock, and their debut album God Is The Warmest Place to Hide combines the two with a heady artistic expression that immediately captivated me because it was the first time a friend created something that I just couldn’t wrap my head around.  I knew I liked it, I knew it was good (and if you haven’t heard the bone-shaking sounds of “Brood of Vipers” get going) but the musician in me couldn’t wrap his head around how the construction.  Putting the pieces of Qoheleth together in my mind brought a deeper understanding of the music and the intent, making it a treasure in my 2017 musical journey.

A similar path is tread with the much more ambient soundscapes of Monophonic Shooting Spree.  When we premiered the video for “Launch” from MSS’s latest offering Another Soylant Green World its ability to invoke varying moods and tones without any discernible melody was immediately striking.  Using a series of vintage pedals, guitars, found sound and even his own body Erik Highter has slowly evolved MSS to a point where the sounds create a sense of synesthesia that’s ever expanding and enveloping.

If there’s a project more near and dear to my heart than Jon Petkau’s Domestikwom I can’t think of it.  A Peace That Destroys is the culmination of everything Petkau has done in music, whether it’s the hard rock wordplay in Dudeist Priests, the synth wave explosion of Spacekau, or the genre-shifting black metal in Domestikwom.  His ability to absorb styles and integrate them into his projects is something I’ve always been massively jealous of, and with A Peace That Destroys he takes it to a higher level, crafting an ambitious concept album detailing his grandfather’s journey from Russia to Canada.  Spiritual hymns, acoustic folk, straight up ambient noise and vicious black metal all together together to paint huge debut for one guy huddled in a small room up in Alberta. The fact that I was lucky enough to contribute to the album, along with the folks in Qoheleth and Monophonic Shooting Spree just made this album even more special.

Well, since I already gave away my “album of the year” what else there to do?  Fret not, because next week I have 40 more records to talk about, all of which were amazing and impactful and meaningful to me in a year that certainly couldn’t get any worse if it jumped up and took a bite out of my ass.  2017 was an incredible year for music, and hopefully as we here at Nine Circles share our favorites you’ll feel hooked into sharing as well.  Until then, see you all next week!

All of these records can be found using the accompanying Bandcamp links, except for Akercocke, which is available via all your normal streaming channels (except, as already mentioned, Bandcamp, dammit)