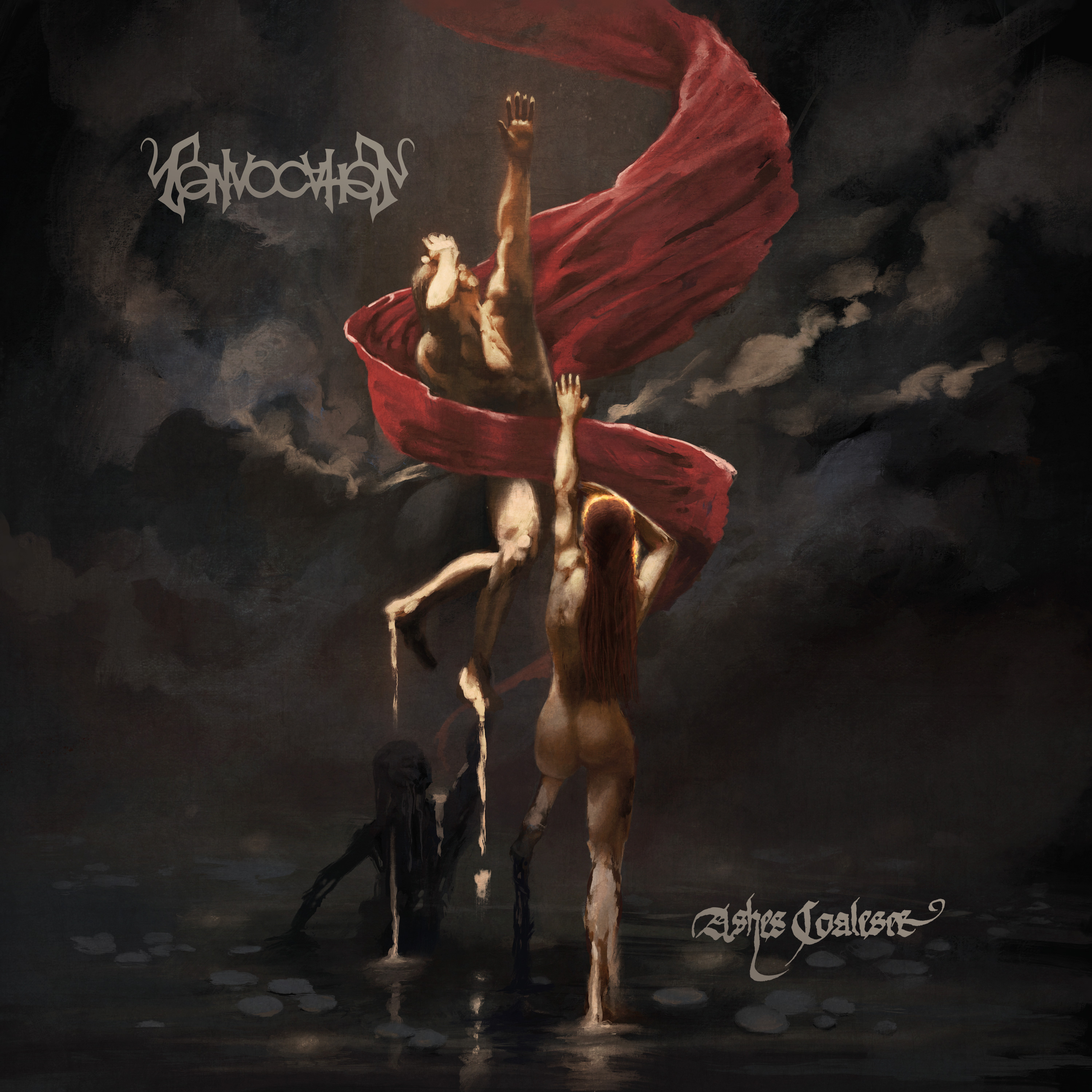 Boy it sure is doomy out here, huh?  I normally don’t push myself like this, but even though I already had an album, and a doom album at that, picked this week, I saw Convocation’s new one on our list and I knew I couldn’t let it get away from me.  Ashes Coalesce originally came recommended to me courtesy of the esteemed John Darnielle, professional mountain goat and death-doom scholar, and as soon as I saw that gleaming stamp of approval on “The Absence of Grief,” I was instantly sold.  Unsurprisingly, the rest of the album goes stupid hard.

Originally conceived as a more straightforward death metal affair by members of Desolate Shrine and Dark Buddah Rising/the Waste of Space Orchestra (please talk to Vince about the Waste of Space Orchestra, he’s dying), Helsinki’s Convocation quickly adapted their sound to incorporate the crushing doom and experimental elements that are their current trademark.  Ashes Coalesce is Convocation’s second full length effort, and while it doesn’t mark a dramatic departure for them in terms of dynamics, it does see them attempt to bind the four epic tracks together thematically by lyrically and sonically exploring all the facets of death and loss: the classic five stages, fear, anxiety of the unknown, what have you.  Indeed, each individual movement within the tracks feels like it’s designed to capture a specific mood or emotion and plumb it to its absolute depths.

MN’s vocals seem to surge from your ears straight into your brain, forcing you to viscerally feel every guttural growl and piercing shriek.  They mostly sit in the bottom range where you would expect to find them, but that is the appeal of death-doom, and the subtle tweaks in production help to let them feel expectedly overwhelming but not too dense.  Similarly, the instrumentation by LL (who recorded and mixed the album and also created the cover art) perfectly complements the mood, from the crushing rhythms to the mournful harmonies to the subtle yet perfectly balanced piano, organ and synthesizers. All these pieces fit together to painfully explore the myriad emotions that go with the loss of self and other.  The tempos never crawl above a snail’s pace, and at only four tracks coming in around 45 minutes of music, it might seem like it’s a slog to get through, but there’s plenty of smart songwriting and variation within and without the pieces to make them feel individual and to keep attention spans.  They’re long songs, but they always feel like they come full circle at the end, closing with a repeat of the opening theme to tie them off and satisfy the listener.

“Martyrise” opens the album with flair, immediately laying down twelve-plus minutes of crushing, furious doom that definitely fits the “anger” stage I believe they were going for.  It hardly lets up, but the subtle piano actually does wonders to lift the mood and help elevate the rest of the instruments.  Still, this is about as heavy as heavy gets before things take a more melodic turn on “The Absence of Grief.”  Somber and stirring guitar harmonies take center stage over a backdrop of synth washes and organs, and MN takes grief to a new dimension with howling wails and swirling shrieks.  The song even features guest clean vocals and spoken word to help break it up, which is needed and keeps things from getting too monotonous while strengthening the emotional depth.  By the time the instrumental close of the album, “Portal Closed,” comes, I felt like I had every emotion in me wrung out.  Much lighter and more open than its companions, “Portal Closed” features no vocals and much cleaner and brighter guitars, plus more synths up front.  It’s a gentler atmosphere, and I think it works incredibly well as a closer.  After about 40 minutes of funeral gloom, I don’t know that I could have taken much more without space to breathe and process.  Gee, it’s almost like that mirrors real life, and in that vein, “Portal Closed” leaves me feeling something almost like acceptance when the last note finishes ringing out.

Ashes Coalesce is not a particularly easy album to digest.  It forces a lot on you right up front, and it takes you way down deep into places most people tend to avoid, to emotional depths better left unspoken.  Sure, it’s heavy as hell, and that’s going to do a lot to get people interested, but to truly appreciate the album is to contemplate more melancholy and existential images.  There’s a lot to be rewarded from that though, and Ashes Coalesce might be one of my favorite listens of this year from the sheer amount of emotion it generates.  Well, that, and the nasty boy riffs.