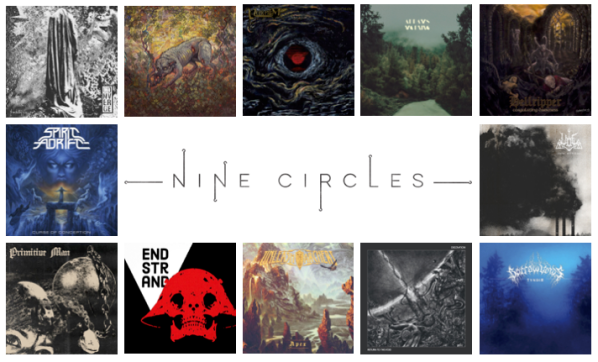 He’s back!  Our brother from the north and black metal maven Jonathan Petkau (Domestikwom, Dudeist Priests, Spacekau, Respectably Loud, etc.) has taken the metaphorical pen in hand to draft up some words on his favorite music of 2017.  Without further ado, here’s Jon!

On a global scale, 2017 was a garbage fire of a year, and 2018 doesn’t show any signs of dying down. It is so omnipresent it often overshadows the personal goals I was able to achieve this year. I put out two EPs (one featuring one of my all-time favourite guitarists), as well as my first full-length album which for so many reasons is one of the things I’m most proud of (after family, etc.).  If we all go out in nuclear fire or global warming floods tomorrow, at least I was able to get that one in under the wire (nervous laughter).

To combat the void staring us all in the face, I’d like to talk about the music that made me happy, because talking about said music also makes me happy. And if you in turn find that reading this makes you happy, fantastic.

This list will be alphabetical and not ranked: doing so at this point would not encourage my happiness. 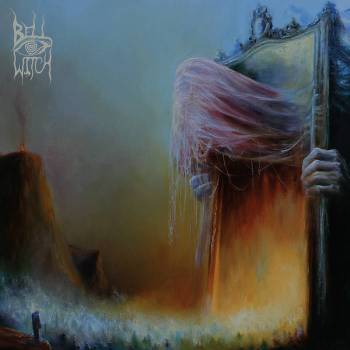 Bell Witch – Mirror Reaper:  The moments in here that rage are certainly noteworthy, but I am more drawn to when the bass is more subdued, as it expresses a quiet grief. I find that this album creates space for contemplation, a space to just sit and exist in. And while that’s a particular experience that I’m not always looking for, when I need it, I’m very glad it’s there. 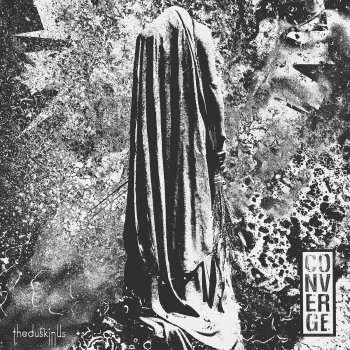 Converge – The Dusk in Us:  Musically, Kurt Ballou and crew continue to further flex their melodic and noisy muscles, woven in between bits of classic Converge. For me it’s a more successful effort than its predecessor. Lyrically, there’s a definite change in focus, but Jacob Bannon’s newfound desire to create a better world being grounded against an actual world that does not want to accommodate him allows it to resonate as much as any of his previous work. Because at that point, even if it’s not religious in nature at all, it’s a beautiful kind of faith, not a rejection of the challenges the world faces but a burning need to try and face them. 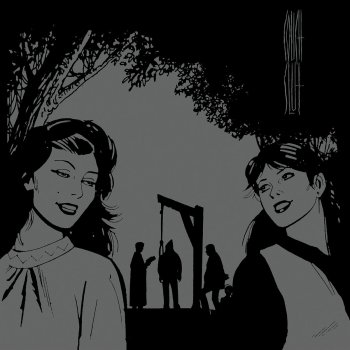 Couch Slut – Contempt:  I was a fan of their previous album My Life as a Woman, but I feel musically this album makes a big jump forward. Their blend of noise rock, doom, et al is more immediate and throat-ripping than ever (someone’s been watching MacGruber.) It also takes some pretty cool melodic chances in the margins that totally work and don’t detract from the big picture. Vocally and lyrically, Megan continues to set the bar for excellence in pointing out the awfulness of men. And not just pointing it out, but almost seeming to relive it on tape. There’s no distant observing with this album; you are brought in close to experience it as well.

Dawn Ray’d – The Unlawful Assembly:  Metal is full of people exorcising their anger, but more than anyone else, Dawn Ray’d was pissed off in the same specific way and music that I was this year. And in a genre where every new band’s discovery is quickly followed by a Milkshake Duck test, that’s an impressive feat. I don’t want to downplay the music either, because their particular brand of black metal, accentuated with the use of violins, is incredibly rousing and ends up complimenting the lyrical themes quite well. Come for the anarchy, stay for the whole package.

Less Art – Strangled Light:  I wrote a review of this album for this here website, and my feelings haven’t changed, so I’m using my prerogative to just pull up a chunk of that review and put it here. “Regardless of the angle considered, there is no waste to be found on Strangled Light. Less Art may jokingly refer to this album as “post-hardcore for post-youths” but it may actually belie the truth of the album, that it is created by experienced pros who know what they want and have no time for bullshit.”

Full of Hell – Trumpeting Ecstasy:  Between grind, death, hardcore and experimental noise, FOH kind of are all over the place, but it moves and changes so quickly it never feels bloated. In fact, it almost always feels like it’s speeding to the point of collapse, and does so on the title track featuring the lovely guest vocals of Nicole Dollanganger over top of distorted feedback. The next and last track (feat Nate Newton of Converge) brings out a killer riff with extra percussion to bring this to an epic conclusion. Trumpeting Ecstasy indeed. Also, this is an odd metric, but somehow my 4-year old kid saw the cover for this album and loved it. So pre-schooler approved!

Mind Mold – S/T (EP):  Although formed from members of grindcore bands Wake and Seminary, Mind Mold veer off into a swamp of sludgy, atonal, post-metal. There’s an uncomfortable atmosphere that accentuates the oddly compelling musical choices that while drudging and slow, keep a steady enough tempo to maintain momentum. And with a shorter run time than a full length album, it lets you off wanting more instead of less, which I found refreshing.

Ne Obliviscaris – Urn:  If their previous album Citadel was a smart streamlining of their impressive debut Portal of I, then Urn is polishing Citadel to a mirror sheen. Within the scope of extreme progressive metal, Urn is NeO at their most accessible, both in terms of composition and length. The songs are shorter, and it seems the balance of black metal to prog metal has shifted a bit further towards the prettier side of things.  It does feel like they’re still working within their established framework, but after a recent trip to see them live, it really sunk in that I’ve yet to find a band that does what they do better. Their impressiveness as musicians – while never diminished – doesn’t get in the way of writing songs that hook you in the feelings. 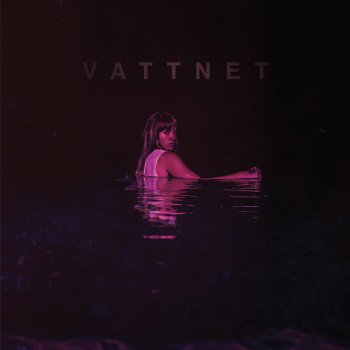 Vattnet – S/T:  A new name, a new sound…this band’s old stuff is great but it’s in the past. It’s like they’ve become a more Thrice-influenced cousin of Astronoid (which share a couple of touring members.) The riffs are solid (especially “Dark Black”) and the guitars still get tasteful moments of fun without derailing the songs. And maybe other people already knew this, but holy shit Casey Aylward is a good vocalist. Guess I’m gonna have to finally get around to listening to Hetfield and Hetfield.

Violet Cold – Anomie:  It would be reductive to simply say that the synths on this album are what give Anomie its flavor, but the synths do represent a larger willingness to engage with a bunch of instrumentation that you don’t usually hear in this genre, even in bands that try to poke around at old black metal formulas. There’s almost a “Vangelis doing black metal” vibe to this album that is very colorful. And the best part is that it does so without losing any immediacy or vitality of the metal part. It’s jaw-dropping how expressive and creative this album is.

These releases also made me incredibly happy and inspire me in my own artistic pursuits, so I wanted to highlight them as well:

All the above music is available for streaming or purchase via Bandcamp.  Support your metal community!