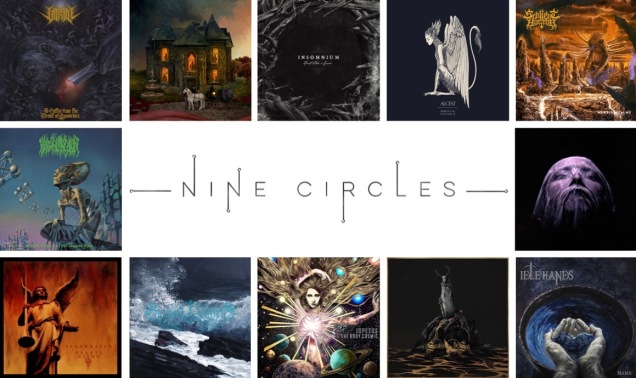 * Hey it’s Thursday!  And it’s more than 9!  What else is new?  I hereby fully (don’t) apologize for the late entry that clearly doesn’t at all conform to the format.  Suck it….

I tried to keep my 2019 End of Year list(s) brief…I really did.  But like last year simply too much happens in the span of 365 days to limit advocating and championing the things one comes to love.  And I’m not talking about the release of records.  I’m speaking to the way we change and grow and mutate with every experience, the way what we hold dear or take comfort in stands as a totem or ward against the hate and pain of a world gone mad, a world that grinds away at our compassion, our love, and our fortitude to stand against it while maintaining the core of who we are.

And I’m failing…more than I care to admit.  The world stage is a storm of division, one that over the past year has drilled down to infect every community I’m a part of, and I find myself more bruised and battered with every encounter.  And so I retreat, retreat back to the things that help shut the world out, if only for a little while, to give me the strength to go back out and try again.

To put a limit on those things is foolish.  And so, like last year, outside of the music I feel obligated to rank for form’s sake let this edition of Nine Circles ov… stand as more of the music that helped push me back into the world, fractured and broken as I may be. 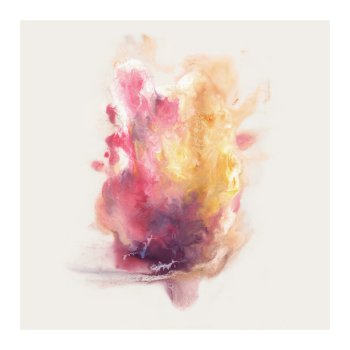 Jon crawled out of the Canadian wilderness to review the latest from Big|Brave, and although I’m already forever indebted to him for his friendship, the introduction of A Gaze Among Them just gets me in deeper.  From the outset of “Muted Shifting of Space” there’s a density I haven’t been able to pierce after repeated listens, and it beguiles me. Robin Wattie’s vocals are pained and alluring and devastating in equal measure, and the way the rest of the band build on top of her voice and pack so much subtle work into the wall of sound each song brings to bear is a massive achievement, and one I have kept coming back to since its release. 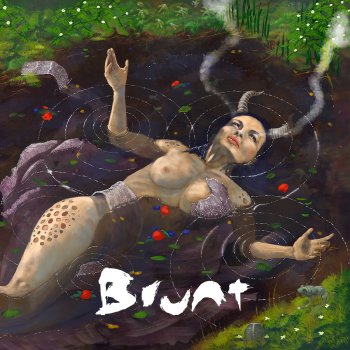 Brunt became one of my big discoveries when I dug into the nooks and crannies of Bandcamp when #metalbandcampgiftclub kicked off in 2016.  Their combination of mesmerizing stoner groove and ambient post-rock was a winning combination, and on their latest offering Ataraxy they start to really eschew metal altogether in favor of an undulating wash of post-rock hypnotics.  There’s an intent and direction to the songs that, despite being instrumental, tell an epic story rife with emotion that’s hard to ignore. 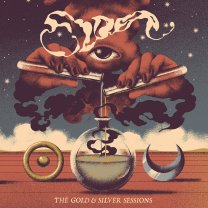 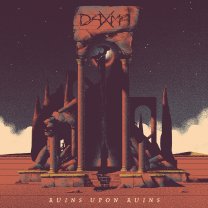 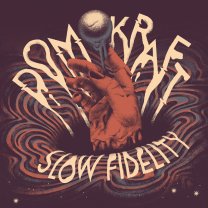 The Postwax series from Blues Funeral Recordings is like a dream for a new vinyl collector like myself.  New EPs from some of my favorite bands, all who have made appearances on my lists before, focusing on stellar stoner doom?  Count me in, especially when the output is as good as Elder’s The Gold & Silver Sessions, Daxma’s Ruins Upon Ruins, and Domkraft’s Slow Fidelity.  Add in the exclusive artwork from Max Löffler and you have a winning combination that works in any permutation you want to listen in.  This entry doesn’t even include the other two items in the series from Big Scenic Nowhere and Besvärjelsen…but it should.

I’m obligated to tell you in full disclosure I’m good friends and bandmates with the founders of Philip K. Discs, who this year have been putting out some great music that defies labels and genre.  That doesn’t stop Deep, the monster single track EP from Dwarfcraft Devices spokesman Benjamin Hinz from being one the best things released in 2019.  I called it out in a Nine Circles ov… back in April and it’s only gotten better since then.  Combining drone, post-rock, sludge and experimental soundscapes in a way that conjures images of Lovecraftian mysteries that border on the cosmic without feeling like a cliche, this has been another go-to whenever I need something monolithic in my ears. 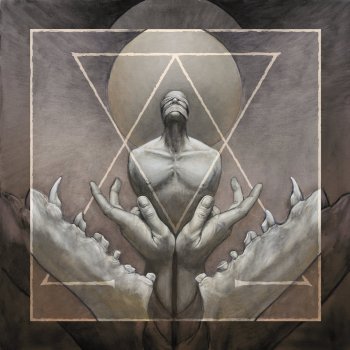 It was the cover that grabbed my attention first.  Then the music.  In Human Form takes the “progressive” in progressive black metal very, very seriously.  III is a masterclass in utilizing syncopation, unusual instrumentation and angular (yes, we can use visual analogies in music, AMG)  riffage in a traditional black metal context.  One listen to opening track “Apocrypha Carrion” and I was all in.  Will it work for everyone?  Maybe not, but after years of the same ruminations from a thousand bands on a tired genre I’m willing to allow it and first exposure to In Human Form takes me to a new plane, rough as it may be. 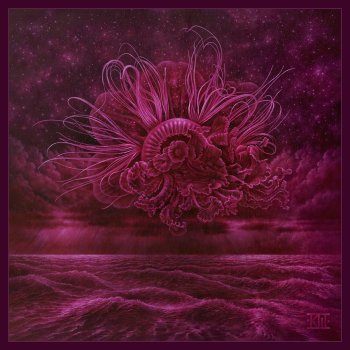 Hi there, lame dude who is constantly bemoaning the fact that Opeth have been pretty firm in their conviction that they’re NEVER going back to the progressive death metal they pretty much perfected on March 12, 2001.  Guess what?  There’s plenty of great bands carrying the torch!  Like In Mourning!  New album Garden of Storms treads similar ground without being overly in debt to the Swedish masters, and on songs like “Black Storm” and “Heriophant” there’s a small case to be made that In Mourning are forging their own unique path that will stand the test of time.  This is very, very good stuff. 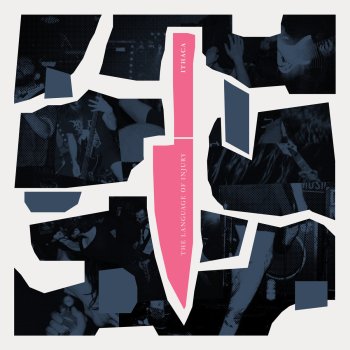 There’s a reason we made The Language of Injury our February Album of the Month.  The debut album from Ithaca hasn’t lost any of its sting coming out so early in the year, and if anything has only gotten more explosive as its venom sets in.  Tracks like “Impulse Crush” and the crushing “Secretspace” show amateurs how hardcore should be executed, and does it with some truly memorable moments of innovation.  They place with open air like few bands did this year, and for an album to have come out so early and still leave its mark on me is just one indicator as to how special it is. 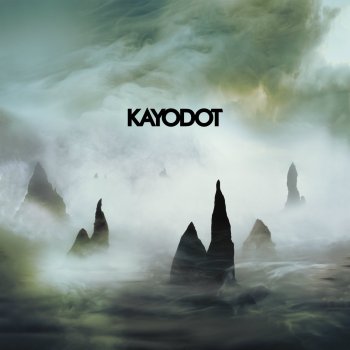 There’s a particular itch that Blasphemy, the latest from Kayo Dot scratches, one that fills my Ulver/Katatonia hole when those bands just won’t do.  There are significant reaches to electronic and even pop music, although it’s a dark, gothic pop more in the vein of bands like The Cure and even traces of Faith No More on “The Something Opal.”  There are moments when I think it shouldn’t work, and that it does again and again, consistently, is a treasure.  Toby Driver’s voice has a singular energy that recalls some of my favorite music in the past few years, and on Blasphemy he’s brought the songwriting to the fore for a great listening experience. 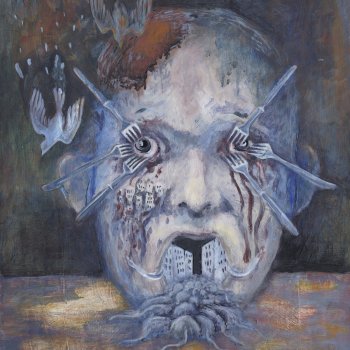 It’s no secret I love the whiplash speed punk that Kohti Tuhoa have been blasting all these many years.  Their previous album Pelon Neljäs Valtakunta made my Best of 2017 list, and new album Ihmisen Kasvot does little to dispel the notion that Kohti Tuhoa is making some of the most kickass metal this side of heaven.  There’s an old-school fury at play on the entire album, vitriol and venom on tracks like “Viha” and “Notaympyrä” threatening to rip you to pieces, while the churning chug of “Mitä Se Maksaa” has the roiling fury of a life about to explode. 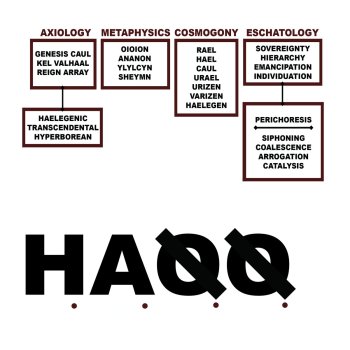 There are few bands (maybe Dream Theater?) as polarizing in the metal community as Liturgy.  The eight and a half minutes that constitute “HAJJ” the opening track of new album H.A.Q.Q. is a challenge to those who thought after the avant-quirk of The Ark Work that Hunter Hunt-Hendrix would maybe try something a little more…generic.  Nope.  If anything  the new album is more of a challenge, with noise and electronics even more prominent in the band’s black metal mix.  There’s a distinct modern classical bent at work on the songs, and oddball dissertations aside (which upon reading isn’t nearly as radical as one would expect), what really comes across on H.A.Q.Q. is a musician stretching forward in ways that can only be good for the genre as a whole.  All that, plus “Virginity” and “God of Love” just rip like nobody’s business. 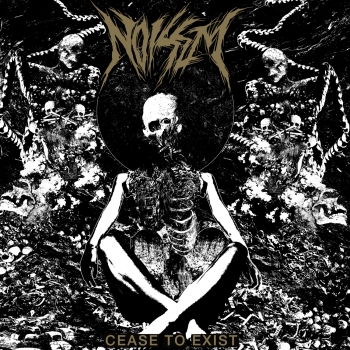 I’m frankly kind of surprised folks aren’t raving over the new Noisem album.  To be honest I’ve never really been a fan, but there’s something about the intensity and maturity on Cease to Exist that finally exposes just how good the Baltimore outfit really are.  There are 1,001 young bands out in the wide world playing as fast and ugly as they can.  There are far fewer bands learning how to reign that piss and vinegar in to ferment and foment into something more devastating.  “Constricted Cognition” hints at it, but “Penance for the Solipsist” lets it fully loose, and once out of the bag there’s no stopping where Noisem can go.  This is finally the fulfillment of the promise the band made with its debut, and it’s a killer release that needs to get more attention from folks claiming to be all about the death. 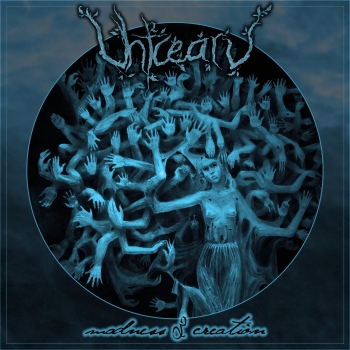 Sure, Josh beat me to the punch by covering Madness & Creation back in May, but I’m first to the punch putting Uhtcearu on an end of year list!  Blending together modern black metal with elements of death and progressive metal means that tracks like “Death at Hand” are filled with an almost ridiculous amount of riffs, solos, and indelible moments that serve to keep Uhtcearu above the throngs of bands doing similar but lesser work.  We’re getting further and further away from traditional (and quire frankly boring) black metal that’s truly “KVLT” and that’s a good thing – the genre will die without bands like Uhtcearu evading in seemingly disparate elements to forge new directions.  And when it’s as catchy as Madness & Creation is, I’ll take it. 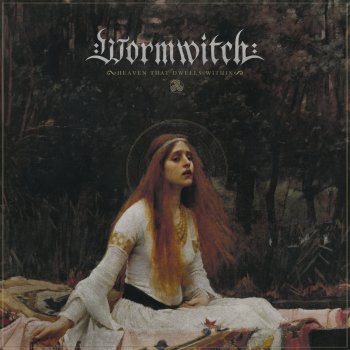 Really, it’s all about “Dancing in the Ashes” when it comes to why I love Heaven That Dwells Within so much.  After being severely disappointed by the previous outing by Wormwitch, I let the new album wash over me and when “Dancing in the Ashes” hit I was held captive to its sonic attack.  From a production standpoint it’s clear that jumping to Prosthetic Records was a wise move, as the band sounds more robust and clear than on any previous outing.  The small folk elements and slower tempos afforded to tracks like “Vernal Womb” and “Midnight Sun” but it’s the myriad components that are in “Dancing in the Ashes” that time and again leave me bruised and bloodied when the seconds tick away. 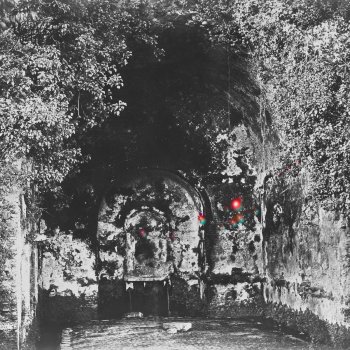 I’m not sure it’s fair to call Yellow Eyes genre darlings, but it’s certainly apt.  I saw them live after Sick With Bloom came out in 2015 and it was a revelation for how black metal can come across live.  Since then I’ve been somewhat lukewarm on the band’s output,  but Rare Field Ceiling not only brought me back into the fold, but gave me a greater appreciation for 2017’s Immersion Trench Reverie.  What can I say?  Sometimes you’re wrong about a band, and it takes an incredible album like Rare Field Ceiling to prove it to you.  The best I can do now is sit with my precious vinyl and fall into a metal coma with the throbbing pulse of “Warmth Trance Reversal” and move from there…

This doesn’t even count the numerous releases put out by folks that have moved on from acquaintances and into the friend realm, whether its the multiple EPs from noise rock (and now short film composers) Qoheleth, the experimental black metal from Domestikwom, or the barrage of sonic experiments from The Monophonic Shooting Spree.

Keep the sounds coming, and I’ll keep devouring it.  It’s all I know how to do.

Until next time, keep it heavy.