From time to time we get together as a team and discuss some of our favorite albums we missed covering at release time and there’s been plenty of these discussions so far this year. Whether due to time slipping away from us or whatever the case may be, we miss them. Well, now that we’ve just passed the end of September, we are proud to bring you some overlooked highlights from the third quarter. So, without further delay, let’s jump right into it. Albums we missed in Q3, 2018. Here. We. Go.

There’s a reason The Wake, the latest from Voivod, made my most anticipated list for 2018.  After the stellar Post Society EP in 2016 I was in for anything anyway but the way this album takes prog by the throat and strangles it in the way only a band like Voivod can is monstrous.  There’s a slow menace to the opening tracks, but by the time you get to “Orb Confusion” everything has moved sideways, 80s post-punk mixing with metal and that signature dissonant chord structure made famous by Piggy and absolutely owned, and made his own, by Daniel “Chewy” Mongrain.  There are callbacks to their early albums but make no mistake: The Wake is a masterful forward thinking album by one of the best bands of the last 30+ years. 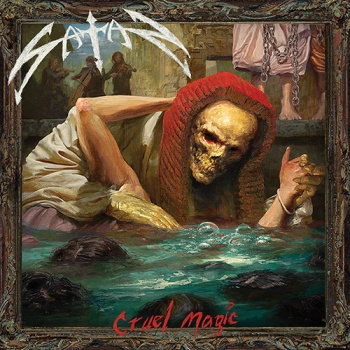 After 25 years away Satan lost none of their step, and arguably got even better with 2013’s comeback album Life Sentence.  New album Cruel Magic proves that was no fluke, continuing the run of incredible classic heavy metal the band have always excelled in.  Opener “Into the Mouth of Eternity” channels a bit of classic King Crimson before diving head-first into prime, epic heavy metal, channeling everything from Di’Anno era Iron Maiden, Angel Witch, and Diamond Head.  Brian Ross is still one of the best vocalists in metal, and you even get some cow bell on the title track.  It’s a killer album from front to back and something I’ll definitely be talking about come year’s end. 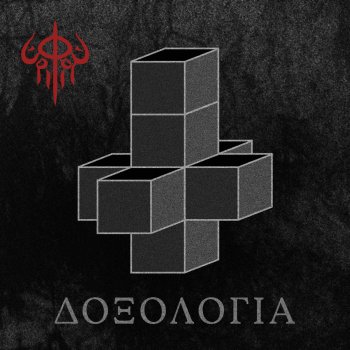 A lot of the black metal I dug so far in 2018 came from the smaller, lower profile bands.  Eriphion come out of Greece and Δοξολογία (translated to “Thanksgiving”) is a dark slice of melodic black metal that gets in and out without overstaying its welcome.  That sounds like faint praise, but more and more I’ve been listening to albums that go on way too long, repeating riffs and sections in an effort to impart a vibe that gets lost in translation.  There’s a laser focus to songs like “Ashes to Ashes” and Winter Fire” that make the impact of the overall that much greater.  There’s also a dynamic quality that keeps each song from folding into one another, something even good albums of this type can have a problem with.  If dark melodic black metal is your bag and you haven’t given Eriphion a chance yet, correct that immediately.

I had a lot of high hopes for this album based on the strength of the advance track “A Drowning Voice” but alas, I don’t think Spirit Crusher lives up to its potential.  When it’s on, this album is on, a fiery burst of atmospheric black metal and ripping crust with melody to spare, but songs that would have been amazing had they been cut at five or six minutes are awkwardly and unnecessarily drawn out to ten minutes in length and beyond.  Spirit Crusher is a good album that could have been a great album with just a little bit of editing, but the end result sadly feels bloated, too many ideas strung together, not all of which work to serve the greater picture. For what it’s worth, I still believe that Dödsrit have yet to show us the best they can do, and I will look forward to what comes next. 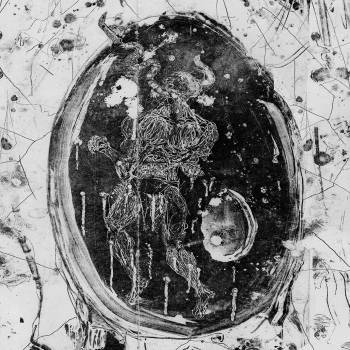 I genuinely never thought we would get anything beyond the three song format from these Irish gents, but lo and behold, their debut full-length Across Deaths finally dropped late last month.  After years of hype based solely around two EP’s, the question of whether or not the band would succeed across a longer format has been posed a lot, but when riffs like the kind in “Across the Expanse of Nothing” hit, Malthusian put their doubters in the dirt.  Across Deaths is the kind of lurching, eerie, blackened death chaos the band has been known for, but the chaos feels almost less controlled here, and it makes for an intense and exciting listen.

It’s fitting that we’re closer to Halloween talking about Summer Camp Sex Party Massacre from Blight House since it’s a collection of gore fueled death metal that borders on sickening thrums of noise. If that sounds dreary and terrorizing it’s supposed to, it’s the way this album was designed: to do tap dances on that part of your stomach that churns at the sight (or sound in this case) of something deeply unsettling. The helpless cries that begin “Acephalophilia II – The Decollation” only elude to the swirling maelstrom of grinding death metal that follows and “The Warriors Have Come” show a slight melodic side of the band but keeps the horror churning with guttural, puked up vocal effects. Later, “Follow Your Leader (Kill Yourself)” treads in gnarly industrial waters but still manages to gnaw away at the claustrophobic and disgusting atmosphere this album reeks of. Bottom line, it’s not an easy listen if squeamish is something any random listener falls pray to. But, for anyone looking for nasty death metal that is brutal in its atmosphere, lyrics, song titles and delivery then here’s looking at you.

Be it my age or just my penchant for damn catchy, fist pumping, sing-along chorus, classic minded heavy metal, I’ve had a hell of a good time with U.D.O.‘s sixteenth full length Steelfactory. It does help that I’m a fan of Accept and that’s where I got my affinity for Udo Dirkschneider’s very unique vocal work — he’s definitely a vocalist you could pick out of any crowd — but really it’s mostly that this album, much like any other of U.D.O.’s albums, is a rocket ride to a much simpler time in metal and an opportunity to forget about my troubles and tribulations for roughly an hour. Plainly put, it’s a good time. However, as good as the hellraisers are here (“Raise the Game,” “Tongue Reaper,” “Keeper of My Soul” and “Rising High”) there a few that could’ve been left on the cutting room floor, ones that fade in the background as other tasks get done (“In the Heat of the Night,” The Way,” and “One Heart One Soul”). Be that as it may, a band that’s been around this long and has this deep of a history isn’t worried how an album will be received or which tracks will or won’t be favorites either. They do what they want, period – critics be damned. And here I sit knowing full well this album would’ve been high and tight at 35-40 minutes but still, this many listens in, I’m air guitaring and wanting to knock over a lamp while singing these choruses. Your mileage may vary but it does my soul good that many of the older guard are still releasing worthy material after all these years. So, maybe I won’t ever have to grow up. If only.

First and foremost, I have to give some love to Windfaerer. Their latest effort, Alma, shows incredible growth from 2015’s Tenebrosum and further emphasizes the immense level of skill these musicians have. It is a truly impressive take on atmospheric/folk black metal that soars to new heights with a sound that is immediately encompassing. Beautiful, yet intense. Add in the intricate, yet organized, chaotic skill of all instrumentation across the board, especially the violins, and Windfaerer morph a frequently explored genre into something that is truly their own.

I’m not quite sure how to properly categorize Emma Ruth Rundle or her music, but I also don’t think it’s necessary to do so. All I know is that since I caught her on tour with Deafheaven and This Will Destroy You a couple years back, I’ve been addicted to her product. And this latest effort, On Dark Horses, might be my favorite yet. Through a brilliant blend of both the somber and uplifting, dark yet joyful, On Dark Horses will drag you through a wide range of emotions through each perfectly crafted track. There’s something about her music that just endlessly and effortlessly resonates, becoming something you need to go back to time and again.