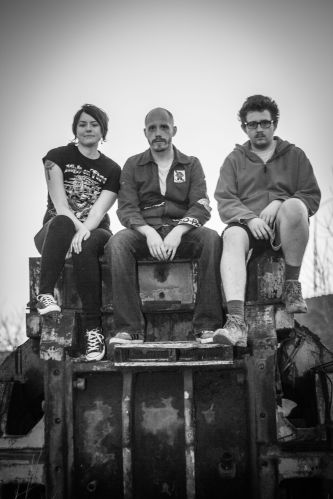 On the label Tall Tee Tapes hailing from Cleveland, Ohio Pillars is not your standard power trio. Influenced by the roots of metal as well as the noisier stuff, they produce a blend of upbeat, inspiring music for you to bop your head, dance to or just flat out enjoy. You can check out their beyond promising demo here. So here’s your chance to get to know an up and coming band that will certainly be making waves in the near future. END_OF_DOCUMENT_TOKEN_TO_BE_REPLACED

Ivar Bjørnson and Einar Selvik’s Skuggsjá is a musical collaboration that came together as a celebration of the 200th anniversary of the Norwegian Constitution. In 2014. But after positive reception at the Eidsivablot festival in Norway and then later at Roadburn 2015, it was decided that the piece needed to be recorded; to be made available for a the masses. And am I ever grateful this… experiment, I suppose, reached this point. Centered around traditions and tales of their Norse background, with A Piece for Mind & Mirror, Skuggsjá have created what is undoubtedly the most mesmerizing collection of sounds so far in 2016. Nestled somewhere in the intersection of folk, black metal, and post metal, it is a true masterpiece that is capable of enticing audiences of all genres. END_OF_DOCUMENT_TOKEN_TO_BE_REPLACED

Aside from our very rigid fitness regimen the rules over at Nine Circles are pretty simple. We like a staff that enjoys music, wants to spread that love to other people and, most importantly, has a deeply entrenched love for the band Enslaved. Hell, I met Corey (the Literati Overlord) for the first time at an Enslaved show. So when Enslaved turns twenty-five we stop and take pause. Few bands have put out the absolutely massive catalog that they have. The band has put out fifteen full-lengths (ok, one was a split with Emperor), toured the world many times over and attended many a North American hockey game. So what is the band doing to celebrate? Follow the jump to find out. END_OF_DOCUMENT_TOKEN_TO_BE_REPLACED